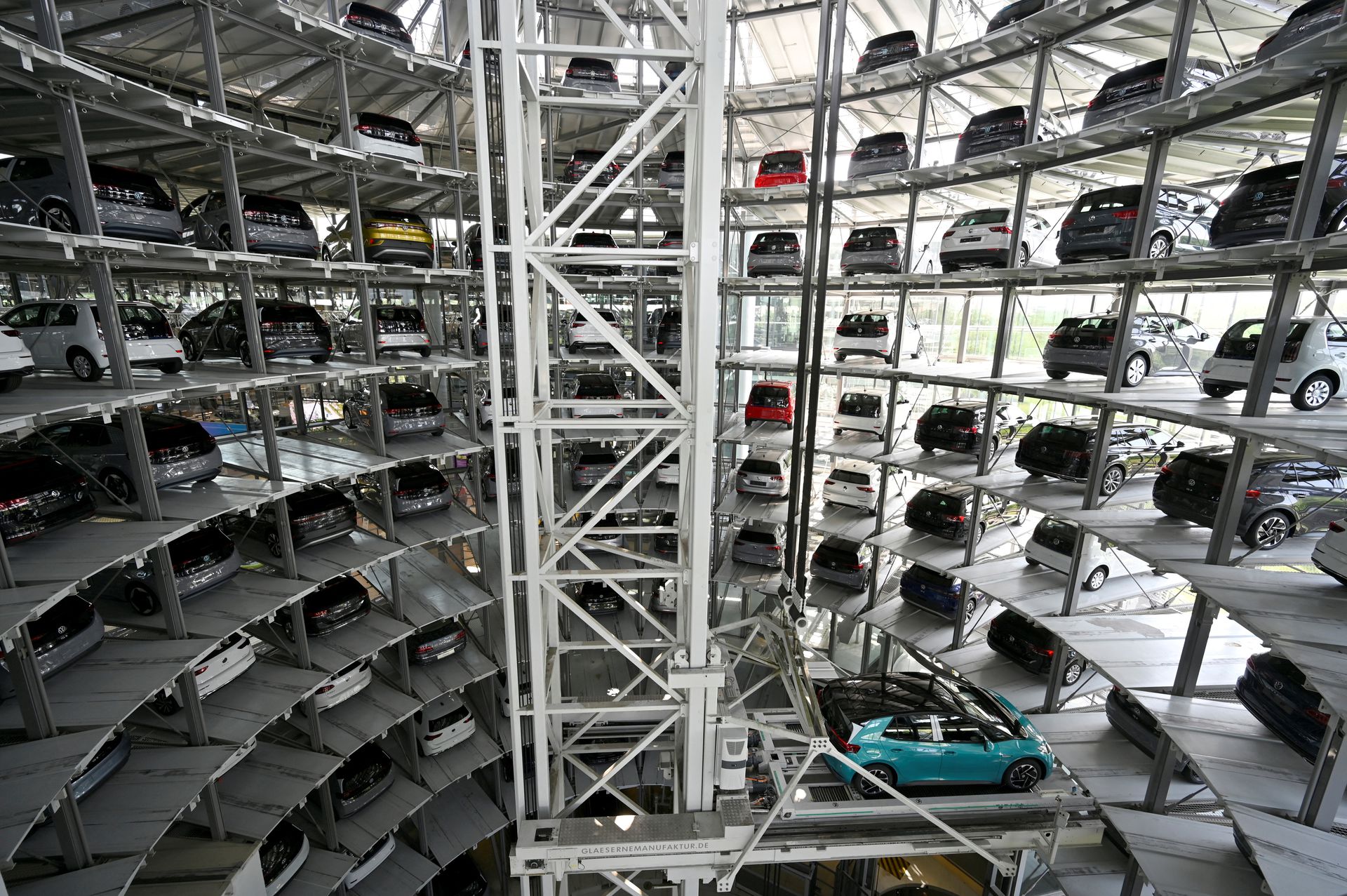 BERLIN, March 31 (Reuters) – As Tesla kicks off production at its new German plant this month, Volkswagen is weeks away from finalising plans for a 2 billion euro ($2.2 billion) electric vehicle (EV) factory that it hopes will bring it up to speed with its U.S. rival.

Tesla (TSLA.O) says it can already churn out a Model Y in 10 hours at its new Giga Berlin-Brandenburg factory in Gruenheide near the German capital, whereas it can take Volkswagen (VOWG_p.DE) three times as long to make its ID.3 electric car.

The German auto giant now aims to slash production times with its “Trinity” EV plant, which should be up and running in 2026, by using techniques such as large die casting and cutting the number of components in its cars by several hundred.

“Our goal is clear: we want to set the standard with our production,” Volkswagen brand production chief Christian Vollmer told Reuters in an interview. “If we can get to 10 hours, we have achieved something big.”

The carmaker has been improving productivity at a rate of about 5% a year but must take bigger leaps to keep its upper hand in the European market, Vollmer said, without providing a new percentage target.

Volkswagen, the world’s second-biggest carmaker behind Japan’s Toyota with a stable of brands from Skoda, Seat and VW to Audi, Porsche and Bentley has a 25% share of the European EV market, ahead of Tesla on 13%.

But the pressure on German carmakers to both master and ramp up EV production has been intensified by Tesla’s presence in the country and Volkswagen Chief Executive Herbert Diess has warned Germans must speed up to avoid getting beaten on their own turf.

Volkswagen’s goals align with a wider trend in the industry of simplifying product ranges and streamlining production as carmakers scramble to find the cash to fund the electric transition – and keep up with rivals like Tesla that don’t have to juggle making EVs as well as cars with combustion engines.

“Tesla really ignited the drive for reducing part counts and making simpler products,” Evan Horetsky, a partner at McKinsey who was formerly in charge of engineering at Tesla’s new Brandenburg plant, said. “Legacy manufacturers have a more difficult time because they have to maintain current orders.”

A Tesla spokesperson said one of the reasons it can produce its Model Y vehicles in Germany within a 10-hour time frame is because it is uses two giant casting presses, or giga-presses, applying 6,000 tonnes of pressure to make the rear of the car.

Its Gruenheide press shop can produce 17 components in under six minutes. With six more giga-presses on the way, Tesla will soon be making the front of the car with the giga-press too.

“That’s why we’re so fast,” the spokesperson said.

The giga-casting technique that VW plans to adopt was popularised by Tesla as an alternative to the more labour-intensive method of assembling multiple stamped metal panels with crumple zones to absorb energy during a crash.

German luxury carmaker BMW (BMWG.DE) has rejected large castings in the past on the grounds that the higher costs of repair outweigh the lower manufacturing costs.

But advocates say automated driving technology will reduce the frequency of accidents: “Tesla is designing a vehicle that most likely won’t be in a severe crash,” Cory Steuben, president of manufacturing consulting firm Munro & Associates, said.

While VW can produce certain models such as the Tiguan or Polo in 18 and 14 hours in Germany and Spain respectively, its electric ID.3 – made in a factory juggling six models from three Volkswagen brands – still takes 30 hours to put together.

At the Trinity plant, multiple work steps will be condensed into one through automation, shrinking the size of the body shop and reducing the number of jobs requiring uncomfortable physical labour, Vollmer said, dubbing it an expansion of “human-robot cooperation”.

Volkswagen does not plan to have giga-presses at the new plant in Wolfsburg and will instead use the equipment at its factory in Kassel about 160 km (100 miles) away and transport the products by train.

Volkswagen, which delivered some 452,000 battery-electric vehicles globally last year, has not yet set an output target for Trinity, which will use its Scalable Systems Platform.

It aims to build 40 million vehicles worldwide on the new platform – which combines multiple internal combustion engine and electric platforms into one – with half of its global output all-electric by 2030.

Tesla, which produced 936,000 cars last year, has said it aims to put 20 million on the road a year by the end of the decade, or roughly double the current annual production of Toyota, the world’s biggest carmaker now.

Still, Tesla can expect numerous challenges as it expands in Germany, from securing more water supplies to environmental groups angry about light pollution and congestion near the plant to unions worried about a management-heavy works council and wages being driven down by workers coming in from elsewhere.