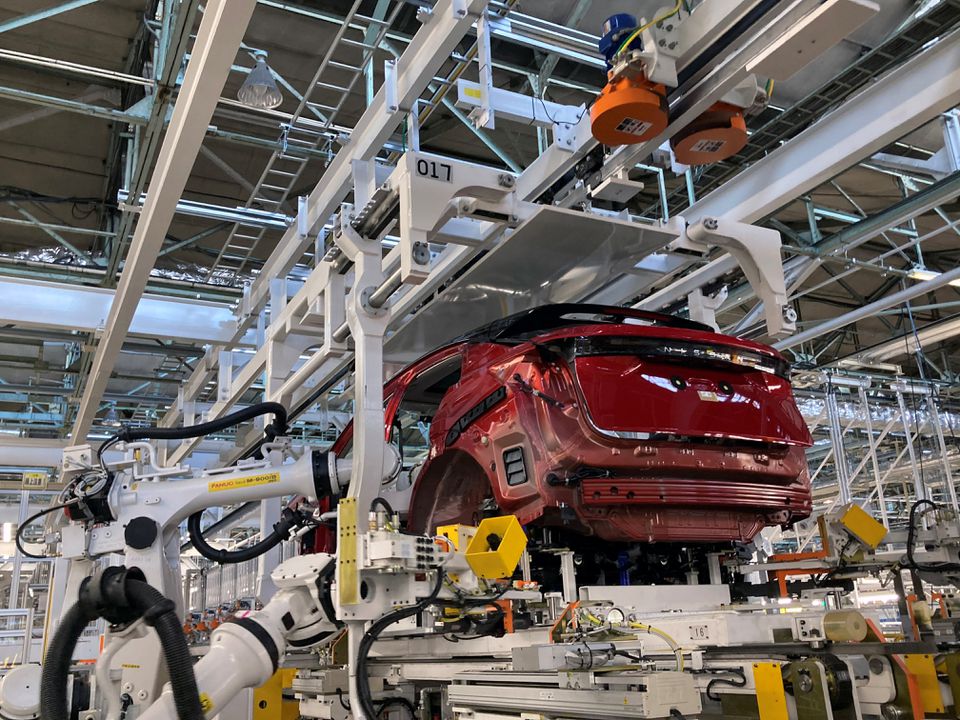 TOKYO, Oct 28 (Reuters) – A global parts and chip shortage is taking a heavy toll on Japanese firms with seven out of eight automakers seeing global output drop in September, casting doubt over the central bank’s view the impact of supply constraints will be temporary.

Toyota Motor (7203.T) said on Thursday it saw global output slump 39.1% in September from a year earlier to 512,765 units, marking the second straight month of falls.

Nissan Motor’s (7201.T) global output fell for the third straight month by 27.9% in September, while that of Honda Motor (7267.T) dropped for a four month in a row, by 30%, data released by the automakers showed.

The output cuts by the automakers are starting to affect suppliers including Hitachi (6501.T), which on Wednesday slightly slashed its consolidated operating profit forecast for the current fiscal year ending in March 2022.

“The impact of (chips shortages) likely was stronger in the third quarter than in the second quarter,” Hitachi’s chief financial officer Yoshihiko Kawamura told a news conference.

With many Asian countries seeing infection numbers fall, some analysts expect supply constraints to ease in coming months. Toyota expects global output to recover to around 850,000-900,000 units in November.

But the output disruptions may deal a severe blow to Japan’s economy, which has relied on exports to offset the weakness in consumption as the fallout from the COVID-19 pandemic lingers.

The Bank of Japan cut this year’s economic growth forecast in a quarterly report on Thursday, citing weak consumption and supply constraints.

But it raised its growth forecast for next fiscal year and described the slowdown in exports and output as “temporary.”

Still, the central bank warned of the risk the economy could “worsen further” if supply bottlenecks last longer than expected or if the damage they cause grows.