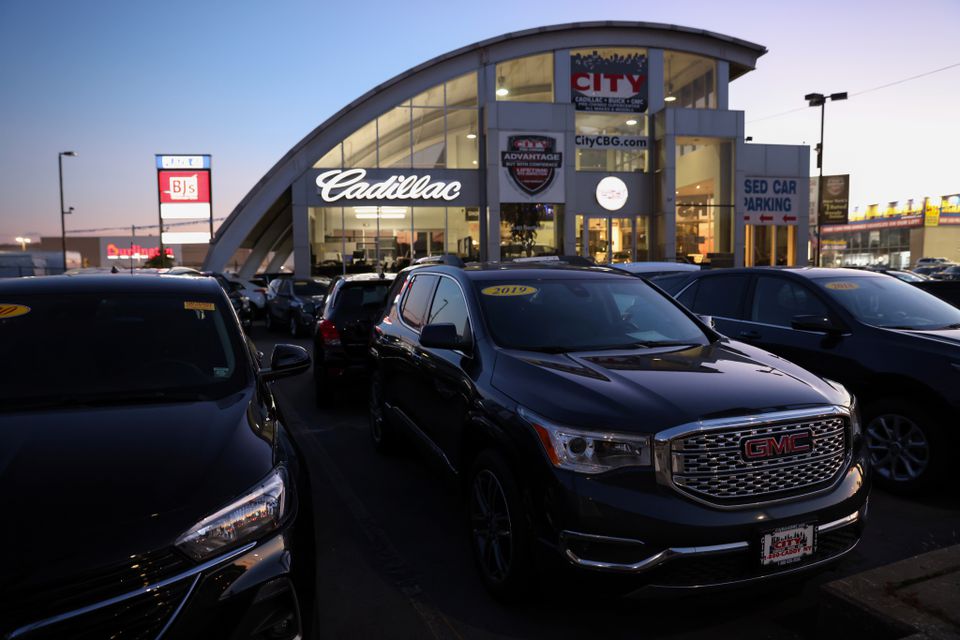 The U.S. auto industry is struggling to keep up with pent-up consumer demand for new cars as it struggles to ramp up production due to the chip shortage, a labor crunch and problems related to supply chain logjams.

GM, which lost its crown as the sales leader last year for the first time since 1931 to Toyota, said it sold 582,401 vehicles in the quarter through June versus 688,236 vehicles last year.

The Detroit automaker, however, is still expected to be the top new vehicle seller in the quarter, according to Cox Automotive, as industry-wide disruptions crimp inventory at other major automakers.

GM also said it was expecting net income of be between $1.6 billion and $1.9 billion in the second quarter. Analyst on average are estimating a profit of $2.56 billion, according to Refinitiv data. It was not immediately clear if the figures were comparable.

Automakers are set to report U.S. new-vehicle sales for three months through June on Friday and Tuesday.

Toyota has been one of the worst hit automakers this year as chip shortages and China’s COVID-19 lockdowns – which have impacted other automakers as well – forced it to repeatedly cut production, casting a cloud over its full-year production targets.

Cox officials said Ford, which reports June sales on Tuesday, has managed its inventories better than most others and is also recovering from last year’s struggles.

Tesla Inc (TSLA.O) will be the only major brand to increase sales in the first half of the year, Cox said.

Industry observers are concerned about the potential impact of a multi-decade high inflation and rising gas prices on the auto industry, though they point out that demand remains strong at present, an unusual situation.

A bigger impediment to increasing auto sales at present still appears to be industry wide shortages of cars and trucks, which have led to analysts cutting their full-year sales forecasts.

Reporting by Abhijith Ganapavaram in Bengaluru, additional reporting by Ben Klayman in Detroit; Editing by Shinjini Ganguli and Anil D’Silva