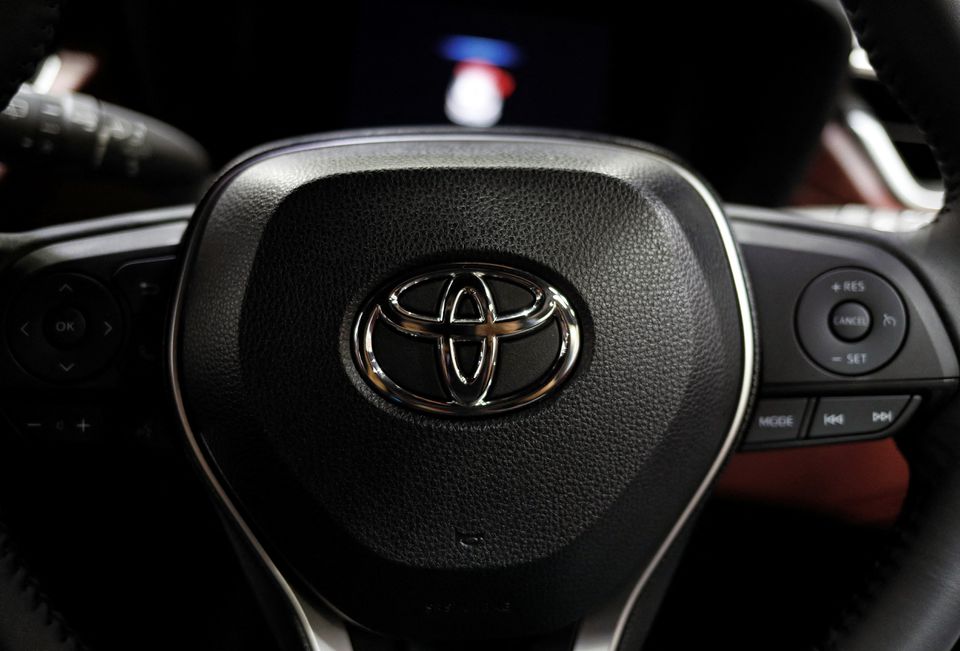 Operating profit for the three months ended June 30 sank to 578.66 billion yen ($4.3 billion) from 997.4 billion yen in the same period a year ago, Toyota said on Thursday, capping a tough period. It has repeatedly cut monthly output goals due to the global chip shortage and COVID-19 curbs on plants in China.

The scale of the earnings hit was far beyond expectations – analysts polled by Refinitiv had estimated a 15% drop – and appeared to catch investors by surprise. Shares of Toyota, the world’s biggest automaker by sales, extended losses, sliding 3%.

While production snarls had already been flagged by the automaker, Sugimoto said some of the higher costs stood out.

Despite the grim quarter, the automaker stuck to its forecast for full-year operating profit and a plan to produce 9.7 million vehicles this fiscal year, citing what it said was strong residual demand.

A Toyota spokesperson said the car company would be able to procure the chips that had hampered production and expected staffing shortages at some domestic factories due to COVID-19 outbreaks to be resolved.

Production would pick up towards the second half of the financial year, the spokesperson said.

Sugimoto, the analyst, said supply problems looked likely to improve thanks to an easing in both the global chips shortage and the COVID-19 situation in China.

Like other auto manufacturers, Toyota is grappling with higher costs and fears that global inflation could put the brakes on consumer demand.

Toyota lifted its full-year net profit outlook by 4% to 2.36 trillion yen, helped by the weakness of the yen, which means sales booked in overseas currencies become more valuable.

Still, the boost from the weaker yen was not sufficient to fully offset the impact from rising material costs, said Seiji Sugiura, senior analyst at Tokai Tokyo Research Institute.

Toyota expects material costs for the full year to increase by 17% to 1.7 trillion yen from its previous estimate – the majority of that from the rising prices of steel and aluminium.

Toyota’s current production woes mark a departure from its initial success in navigating supply chain problems in the early stages of the pandemic.

The carmaker cut its monthly production targets three times during the April-June quarter, falling 10% behind its initial goals, due to shortages of semiconductors and the impact of COVID-19 lockdowns in China.

“We were not able to produce enough, with customers globally waiting for their vehicles to be delivered,” the Toyota spokesperson said.