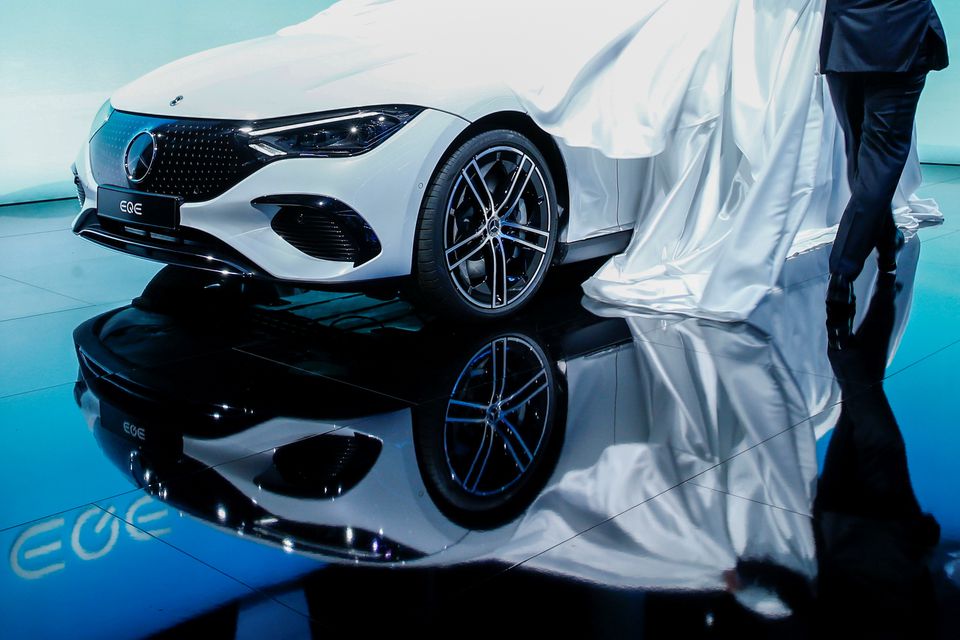 BERLIN, Oct 25 (Reuters) – German carmakers will reveal the extent of the dent a global chip shortage has made in their third quarter earnings over the next ten days, as investors fret over the next bump in the road.

The scarcity intensified in the three months to the end of September, with passenger car output at German plants 35% below 2019 levels, auto industry association data shows, hitting sales of Volkswagen (VOWG_p.DE), Daimler (DAIGn.DE) and BMW (BMWG.DE).

But as they find ways around the chip roadblock, analysts are focused on rapidly depleting supplies of magnesium, which automakers use in everything from gearboxes to seat frames and is particularly practical for electric vehicles.

The lightweight material could pose the next supply chain challenge for the industry, analysts said, as China limits output to reduce its carbon emissions.

“We also think the Q3 results will not matter anymore… For us it is more the question, what happens thereafter?” Bank of America analysts said.

Daimler CEO Ola Kaellenius said last week that the company expected chip supply to stabilise in the fourth quarter, but warned a return to normality could take until 2023. read more

The luxury carmaker, scheduled to release results on Oct. 29, is still expected to post a 13% increase in third-quarter earnings before interest and taxes (EBIT) to 3.47 billion euros ($4 billion), Refinitiv estimates show.

Carmakers including Daimler prioritised high-margin vehicles when distributing the fewer chips they had, which helped them to post bumper first-half profits, with some even raising outlooks.

But BMW is expected to post a 9.3% fall in pre-tax profit to 2.23 billion euros on Nov. 3, Refinitiv estimates show.

Although it managed supply chain issues better than others, a lack of new models compared to Daimler and Tesla (TSLA.O) could make it hard to regain momentum, RBC analysts said.

Still, BMW is optimistic about its full-year outlook and lifted its annual profit margin forecast in September to 9.5-10.5% from a previous estimate of 7-9%. read more

Volkswagen CEO Herbert Diess, meanwhile, has hammered home in recent weeks the urgency of keeping up with Tesla as the U.S. electric vehicle (EV) maker encroaches on German turf with a giant factory and battery plant. read more

Although Volkswagen dominates the European battery-electric vehicle market and is second in the U.S. to Tesla, Diess has called for a faster transition both within his firm and across Germany to ensure it remains ahead of the game.

Based on Refinitiv estimates, Volkswagen is expected to report pre-tax profits of 2.99 billion euros on Oct. 28, down from 3.2 billion euros last year, with a unit loss of around 500,000 vehicles this year so far.