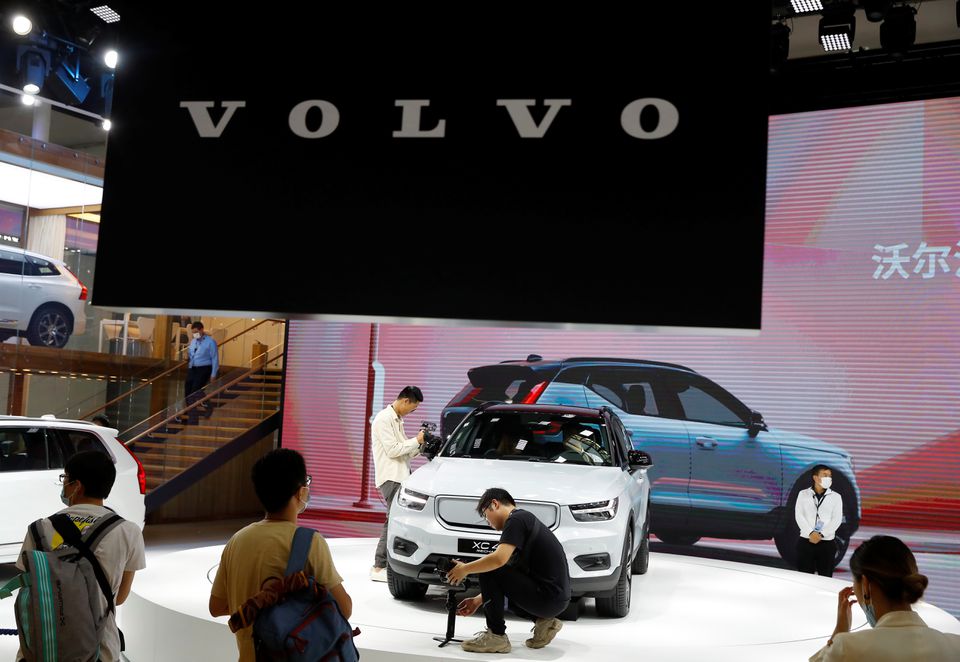 STOCKHOLM, Oct 25 (Reuters) – Volvo Cars shrank its initial public offering on Monday, pricing it at the bottom of a previously announced range and valuing the Geely-owned (GEELY.UL) business at just over $18 billion.

European and U.S. IPO markets have been hit by cancellations as inflation and global supply chain crunches have increased stock market volatility, while many more companies are reported to have pushed back plans rather than risk U-turns.

Volvo Cars, which had previously said its IPO would be priced within a range of 53 crowns ($6.2) to 68 crowns per share, said it was now opting for 53 crowns.

Carmakers have been hurt by production disruptions due to a semiconductor shortage, with several cutting production targets and shutting factories on concerns it will run well into 2022.

At the current price, Volvo Cars would be valued at just over $18 billion, well below the $23 billion it had expected at the top of the IPO pricing range.

Volvo Cars said it plans to raise around 20 billion Swedish crowns ($2.3 billion), down a fifth from its previous target.

CEO Hakan Samuelsson said he was “totally convinced” this would be enough, while the price should not be seen as negative.

“We have been listening to the market, humbly,” he told news agency TT.

Political tension between Beijing and Stockholm persist after Sweden banned Huawei from its 5G networks and Swedish companies like Ericsson (ERICb.ST) have lost business in China.

“I would rather have seen a bigger share of the company listed to get a larger owner base and a liquid share… now we’ll have a smaller share listed, which is somewhat unfortunate,” he said.

Volvo Cars said the first day of trading on Nasdaq Stockholm was expected on Oct. 29, a day later than previously announced.