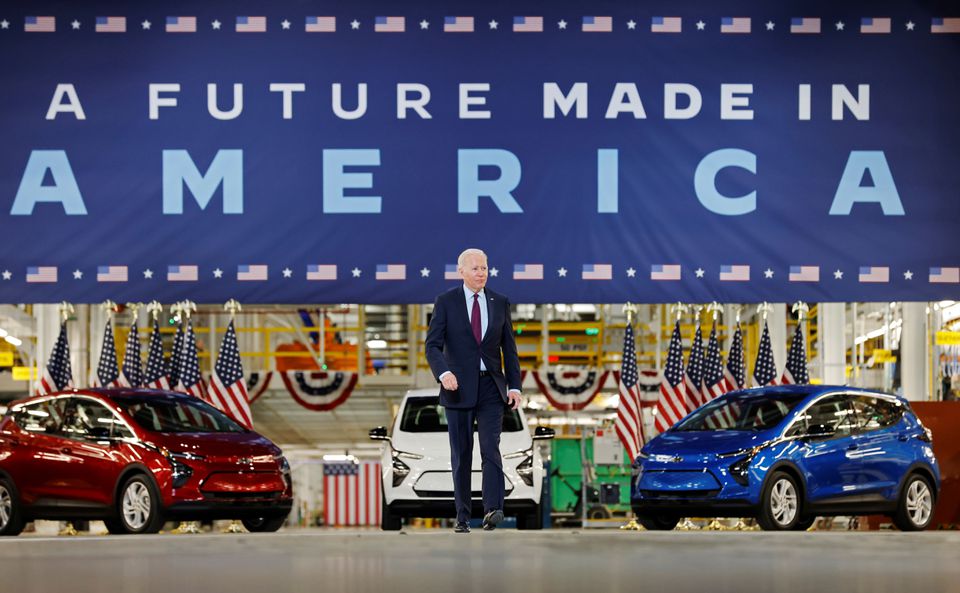 TOKYO, Aug 17 (Reuters) – A major Japanese auto lobby said it was concerned about a new U.S. law that restricts tax credits for electric vehicles to those assembled in North America.

The Biden administration said on Tuesday about 20 models still qualify for tax credits of up to $7,500. Credits end immediately for about 70% of the 72 models that were previously eligible, according to the Alliance for Automotive Innovation, an industry trade group.

New restrictions on battery and mineral sourcing and price and income caps take effect on Jan. 1 that will make all or nearly all EVs ineligible, the auto group added.

Some major Asian automakers such as Toyota Motor Corp (7203.T) and Hyundai Motor Co (005380.KS) do not currently manufacture electric vehicles in the United States.

“We will keep a close watch on future developments and will consult and consider how to respond to them in cooperation with the government,” a Japan Automobile Manufacturers Association spokesperson said.

Toyota referred inquiries to the Alliance for Automotive Innovation, which said the auto industry will continue to work with the U.S. government to promote EV tax credits.

Reporting by Satoshi Sugiyama in Tokyo and Heekyong Yang in Seoul; Editing by Edwina Gibbs