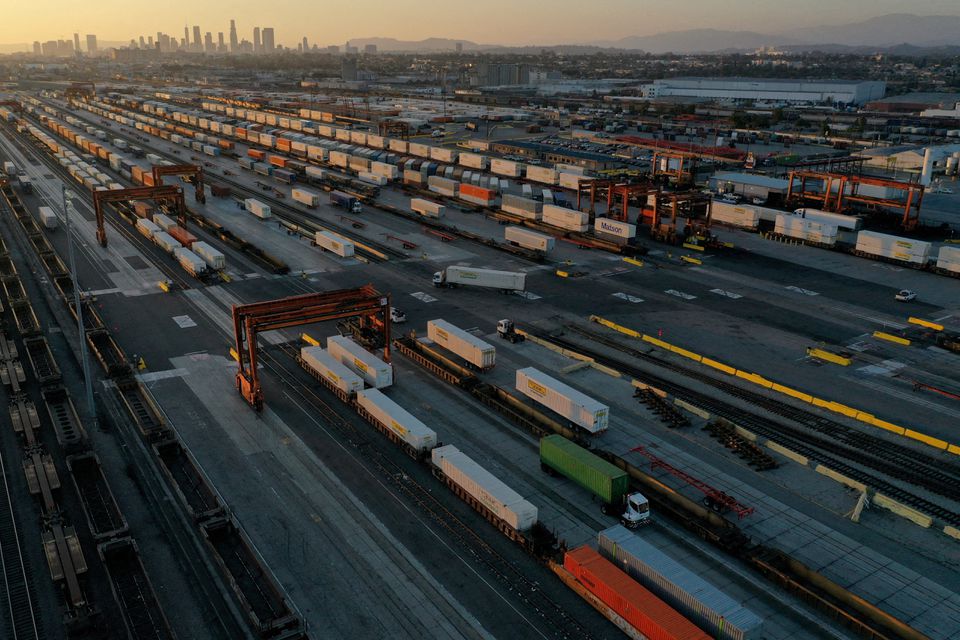 WASHINGTON/LOS ANGELES, Nov 21 (Reuters) – Workers at the largest U.S. rail union voted against a tentative contract deal reached in September raising the possibility of a strike in the coming weeks that could cause significant damage to the U.S. economy.

Train and engine service members of the transportation division of the International Association of Sheet Metal, Air, Rail, and Transportation Workers (SMART-TD) narrowly voted to reject the deal, while members of the Brotherhood of Locomotive Engineers and Trainmen (BLET) voted to ratify the agreement and SMART-TD yardmasters voted to ratify their national agreement, the unions said Monday.

The split vote by the two largest unions representing conductors and engineers could put pressure on Congress to intervene to prevent a strike ahead of the holiday season.

“The ball is now in the railroads’ court. Let’s see what they do. They can settle this at the bargaining table,” said SMART-TD President Jeremy Ferguson in a statement. “This can all be settled through negotiations and without a strike.”

The National Carriers’ Conference Committee (NCCC), which represents the nation’s freight railroads in talks said the “continued, near-term threat” of a strike “will require that freight railroads and passenger carriers soon begin to take responsible steps to safely secure the network in advance of any deadline.”

The railroads showed no sign of being willing to reopen talks and said “Congress may need to intervene – just as it has in the past – to prevent disruption of the national rail system.”

The standoff between U.S. railroad operators and their union workers disrupted flows of hazardous materials such as chemicals used in fertilizer and disrupted U.S. passenger railroad Amtrak service in September as railroads prepared for a possible work stoppage.

Business groups warn that could strand vital shipments of food and fuel. Seven of the 12 unions involved in the talks previously approved the deal that was based on a recommendation from a presidential emergency board, while three unions previously have voted against it but agreed to extend a strike deadline until early December.

Beginning on Dec. 9, SMART-TD would be allowed to go on strike or the rail carriers would be permitted to lock out workers — unless Congress intervenes.

If there is a strike by any of the unions that voted against the deal, BLET and other rail unions that have ratified agreements have pledged to honor picket lines.

The Biden administration helped avert a service cut-off by hosting last-minute contract talks in September at the Labor Department that led to a tentative contract deal.

White House press secretary Karine Jean-Pierre said last month “any shutdown would be completely unacceptable. It is the responsibility of the parties involved to resolve this issue.” The White House did not immediately comment Monday.

Last week, the U.S. Chamber of Commerce said Congress should step in to prevent a potential rail disruption, warning it would be catastrophic for the economy. Automaker General Motors (GM.N) has said a halt would force it to stop production of some trucks within about a day.

A rail shutdown could freeze almost 30% of U.S. cargo shipments by weight, stoke inflation, cost the American economy as much as $2 billion per day and unleash a cascade of transport woes affecting U.S. energy, agriculture, manufacturing, healthcare and retail sectors.

The deal included a 24% compounded wage increase over a five-year period from 2020 through 2024 and five annual $1,000 lump sum payments.

Labor unions have criticized the railroads’ sick leave and attendance policies and the lack of paid sick days for short-term illness. The railroads say the deal has the most “generous wage package in almost 50 years of national rail negotiations.”

Reporting by David Shepardson in Washington and Lisa Baertlein in Los Angeles; Editing by Nick Zieminski and Mark Potter