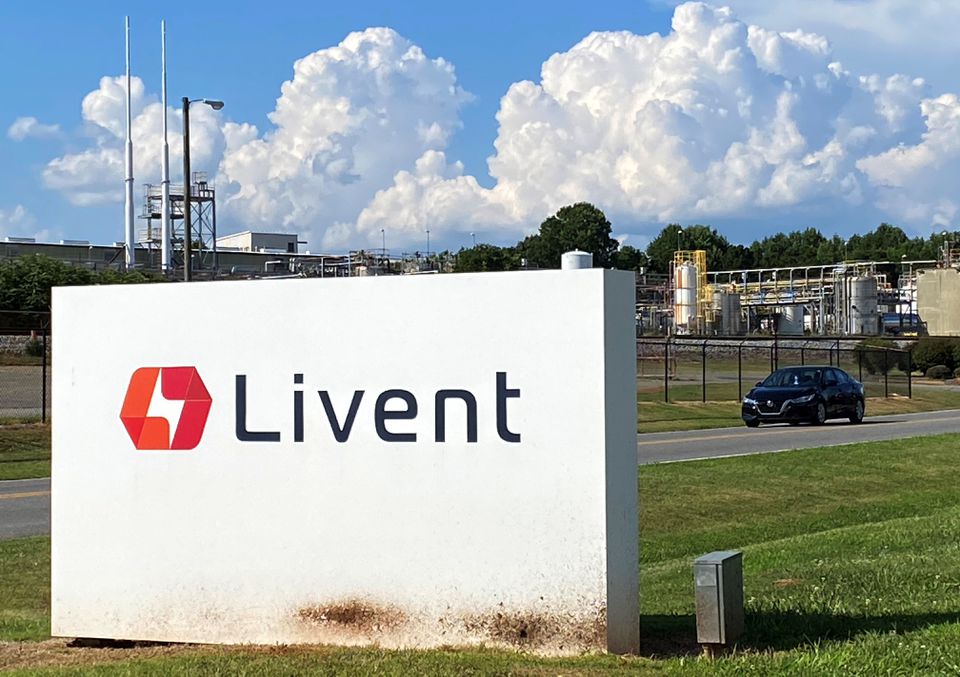 Nov 3 (Reuters) – Lithium producer Livent Corp (LTHM.N) is eyeing acquisitions in Canada and other countries as it looks to boost its production and processing of the metal used to make electric vehicle batteries, its chief executive told Reuters.

Already one of the top global producers of the metal, Livent has expansions underway across the globe, including Canada, but wants to grow more to meet rising demand for the metal from the electric vehicle (EV) and renewable energy industries.

“We see Canada as a core part of our expansion capacity,” Paul Graves, Livent’s CEO, said in a Thursday interview. “We have to get bigger. We can’t just sit still.”

Livent earlier this week posted better-than-expected quarterly earnings and raised the midpoint of its annual forecast, though the company trimmed the forecast’s top end due to inflation concerns.

Livent has been steadily growing in Canada since forming a joint venture in 2020 to buy Quebec’s Nemaska lithium project, which is now expected to open by 2025 and produce 34,000 tonnes of lithium. Graves said Nemaska could eventually produce 100,000 tonnes annually, but Livent would still seek other growth opportunities in Canada.

Graves, CEO since 2018, added that Livent is interested in deals in Argentina, where it operates a lithium brine project, and Australia. However, Livent would not buy a lithium mine without having adequate processing capacity nearby, he added.