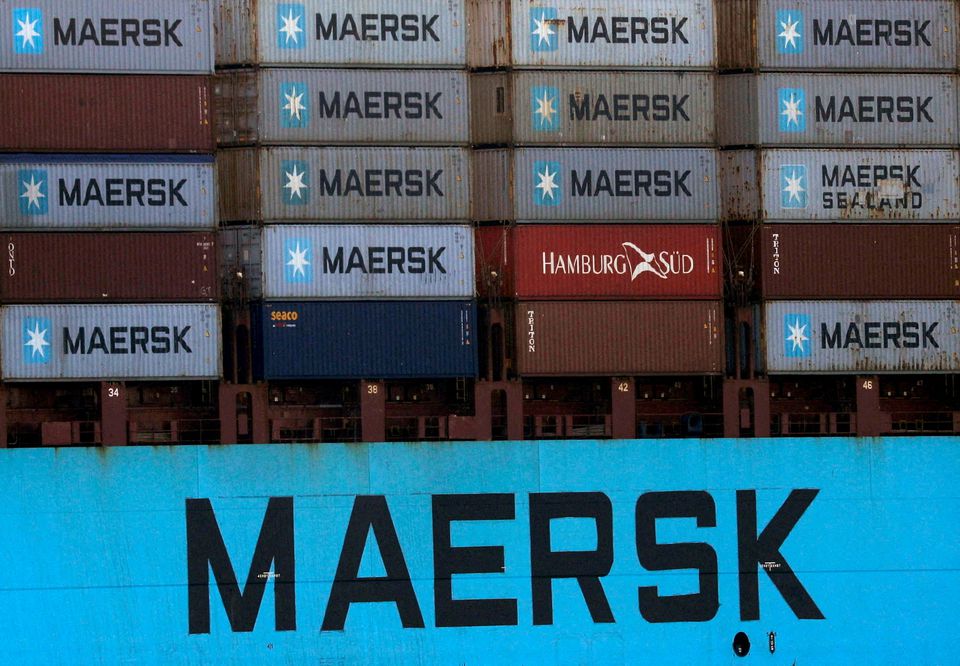 COPENHAGEN, May 4 (Reuters) – Shipping group Maersk (MAERSKb.CO) made its last cargo shipment to a Russian port this week and took impairment losses and writedowns of $718 because of Russia’s invasion of Ukraine, the Danish firm said on Wednesday.

Maersk, which has decided to withdraw completely from Russia, carried out its last cargo operation in a Russian port on Monday, but still has 20,000 containers stranded in Russia.Maersk said in March it would sell all its assets in Russia, including its 30.75% stake in Russian port operator Global Ports Investments (GLPRq.L), whose shareholders include Russian state nuclear company Rosatom and Russian businessman Sergey Shiskarev.

Maersk, often seen as a barometer for global trade, said a surge in consumer demand, pandemic-related congestion in major ports and more recently an airspace closure following Russia’s invasion of Ukraine that began on Feb. 24 have slowed container shipments and prompted a spike in freight rates.

“Further challenges arise from the ongoing COVID-19 lockdowns in China, and while the impact in the first quarter is limited, it may worsen the congestion environment in coming quarters as the situation develops,” the company said in its first-quarter earnings statement.

It confirmed upbeat first-quarter numbers announced last week as well as its forecast that growth in global container demand will slow this year to between minus 1% and plus 1%, compared to its previous expectation of 2%-4% growth.

One of the world’s biggest container shippers with a market share of around 17%, Maersk also said that while consumers had spent more on goods during the pandemic rather than services such as restaurants and travel, that was changing.