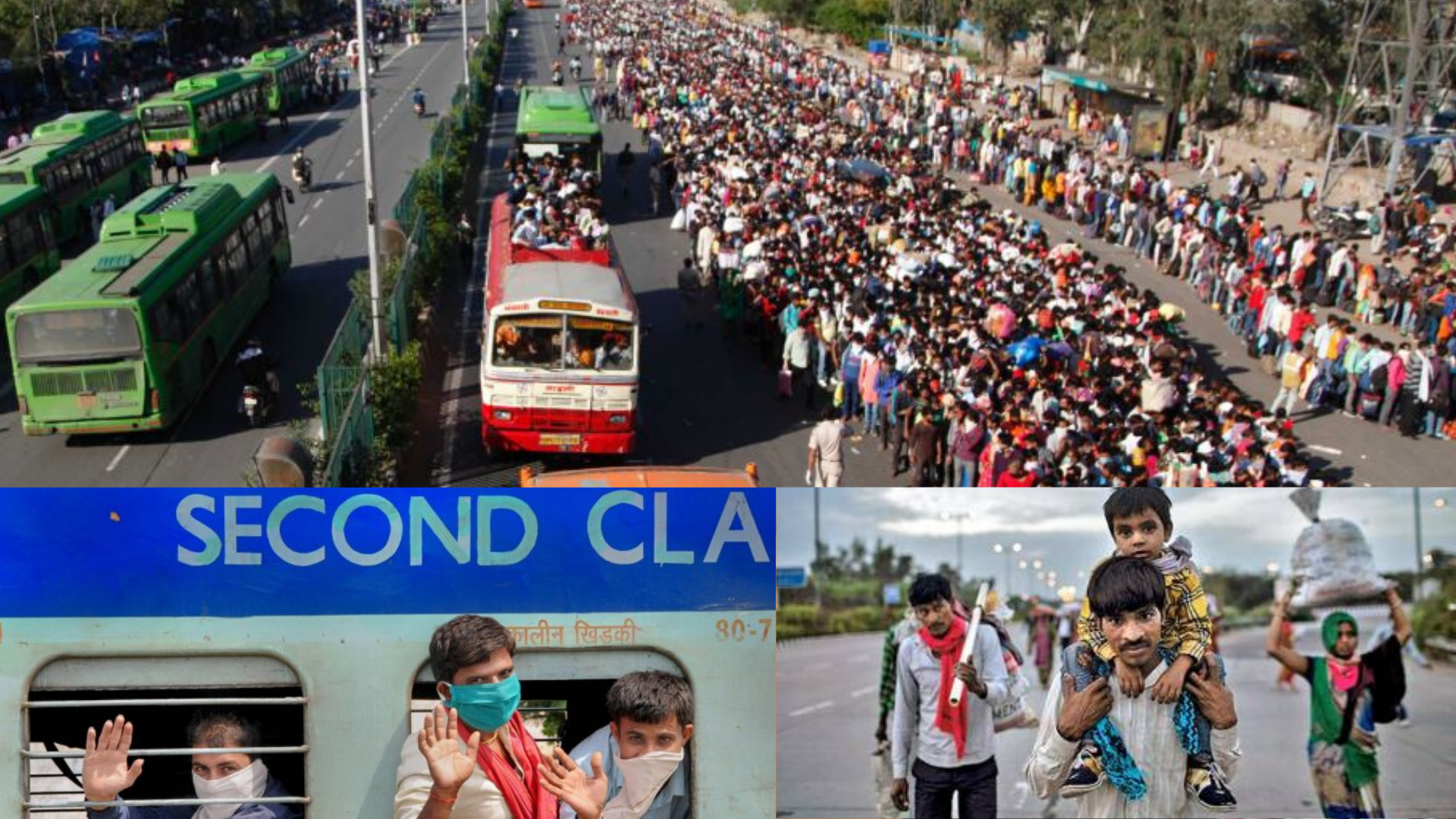 •Could it have been prevented ?

The lockdown was announced unannounced on 24 March. Overnight everything was shut. Factories, Offices, Trains, Airports, Ports. Yes thats what Lockdown is! Never seen in India’s history. So no precedence, no reference!

The Quasi Federal Structure of our country could empower the Central Govt to do it. USA took a while to go in lockdown as they are pure federal. There, each state governor needs to ratify. Here it was just one Man’s speech and its done.

So what pushed the migrant workers to leave. The straight answer is No Money, No food, no shelter. They are the first to bear the axe. They have no Permanent employment, No EPF, no nothing. Living for the day, day in and out.

“There’s another strong reason. A lot of them panicked.”

They felt, it’s the end of the world and they needed to leave the city of “Mahamaari”. Village is safer and food is free or dirt cheap. Any Ola and Uber driver you speak with, would have a piece of land back at the village, given to a relative or a friend for farming. That fear and the resultant panic were the real reasons, why exodus began the very first week of lockdown.

Is it fair to count Migrant Deaths as regular road fatalities ?

India is sadly the Road Accident Fatality capital of the world with over 1.5L people dying due to road accidents every year. Everyday 400 people die on our roads, like a silent jumbo jet crashing daily!

The migrants who lost their lives were also travelling by road. They might not even add up to a tenth of road deaths during regular days. Does that absolve us of the guilt ? Its like saying ’cause the air was so clean during lockdown, it’s ok to have another Bhopal Gas Leak.

The Shramik trains for migrants became operational on 1 May, 2020. Since then 5.7 Million stranded migrant workers and their families have been transported back to their villages in 4288 trains and 80% returned to Bihar and UP.

Coming back to the central question. What could have been done ?

Yes, this is  post mortem but its done for a reason. Avoiding same costly mistakes

The Govts could have communicated better. There could have been SMSs , IVR calls. The PM could have allocated a part of his speech or a follow up one to migrant workers, “Maan kee Baat” style.

• Ordinance against eviction during Lockdown

Central govt could have immediately promulgated an ordinance against eviction by landlord during lockdown, as a lot of migrant workers got threatened and thrown out for not paying rent. But then there was no time. The Exodus began in the very first week of the lockdown. The Central and the state govts could have coordinated better. They could have been a tad intuitive to Human Behaviour.

At Delhi, my driver’s neighbour, his wife & daughter, each of them got Rs. 2,000 /- credited to their accounts, the first month. and thereafter Rs 500/- per month as part of Direct Bank Transfer ( DBT ) under Central Govt Schemes. How many migrants are aware and enrolled for such schemes. Once they are back, a “Pulse Polio” or “Aadhaar” style drive can be initiated to get them enrolled.

• Employers & Trade Unions standing up for them

The Migrant workers don’t have unions. but the employers along with the trade unions, looped in with  govt could have tried to stop them , address the issue and percolate the communication. Going forward,  the corporates being allowed to use their CSR funds for contractual labour welfare and payments, which currently is not allowed.

The apex court could have taken a suo moto cognisance of the disturbing images in media and passed some urgent orders right in the last week march. It’s good to see them pass the orders now. However as they say, Justice delayed is …..

All said and done an important learning being : Primarily it’s the “Fear” and the consequential “Panic” in such situations. They need to be taken care of right at the beginning!

” The Migrant workers, the first to be axed, the lowest paid, the ones living on footpaths and shanties, now that they are gone and their return is unsure, have brought down construction sites, large factories, huge warehouses to a grinding halt.  The people whom we treated as Dirt turned out to be wheels of the Economy.” Jai Hind