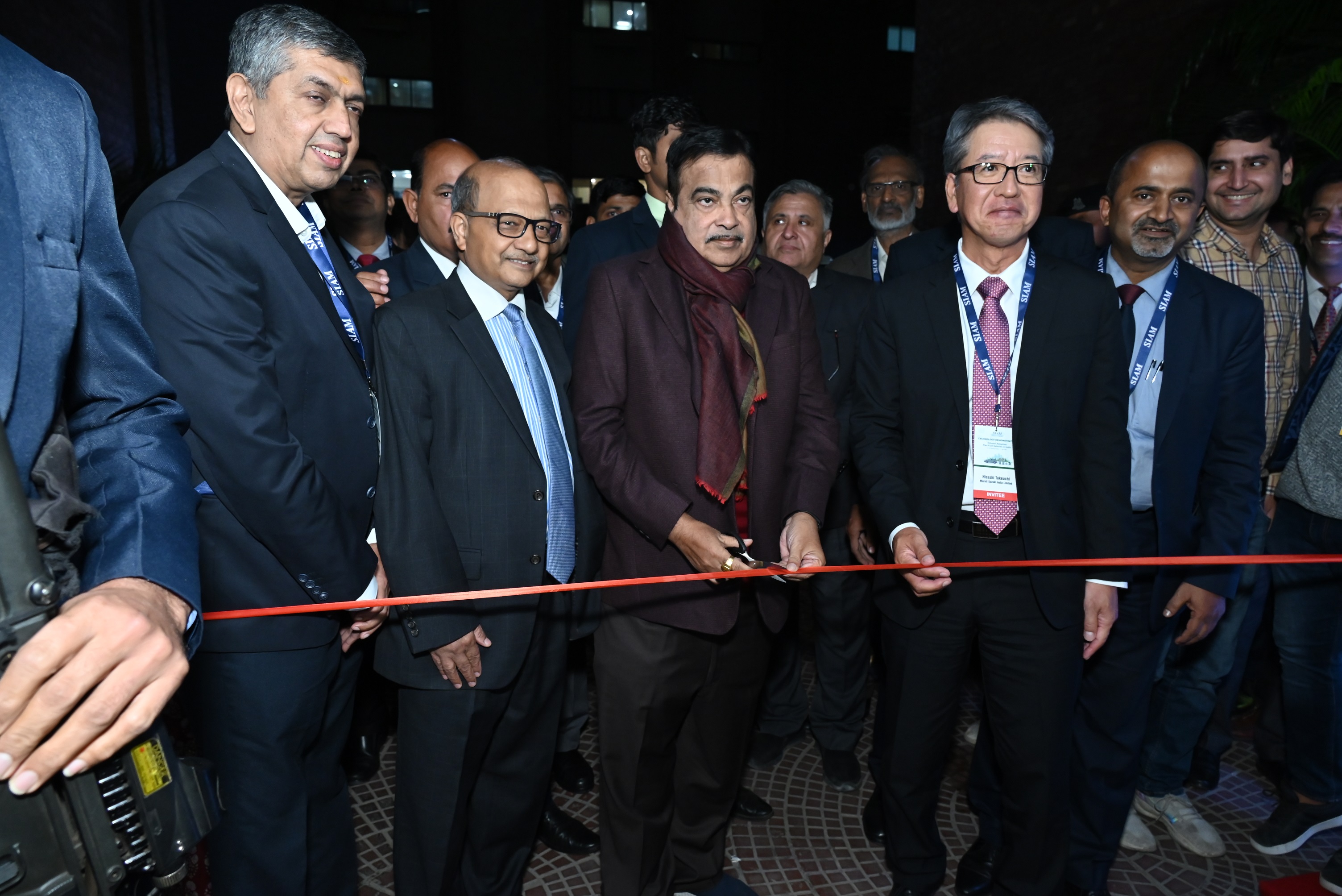 New Delhi, 12th December 2022:  Aligned with the Government’s thrust towards ethanol adoption in India, the Society of Indian Automobile Manufacturers (SIAM) organised a technology demonstration on “Ethanol Adoption – Flex Fuel Vehicles in India”, at India Habitat Centre, New Delhi. It was done to demonstrate the readiness of automobile manufacturers for ethanol adoption through multiple segments of FFVs slated to be launched, particularly in the 4 wheelers and 2 wheelers segment.

Hon’ble Minister Shri Nitin Jairam Gadkari, Union Minister of Road Transport & Highways, Government of India inaugurated the demonstration session where the vehicle features and technological developments were showcased to emphasize the use of FFVs and future possibilities. The demonstration was organized as a part of the year-round activities to promote the use of ethanol. The program witnessed participation from automotive industry experts, government officials, Oil Industry, and other stakeholder associations.

The Government of India has mandated SIAM to promote ethanol as a transportation fuel, jointly with the Ministry of Heavy Industries (MHI). India’s Ethanol Blending Programme is driven by the highest level within the Government. The important deadlines decided for pan India implementation of E-20 are 2023 for vehicles to be material compliant, and 2025 for vehicles to be fully E-20 compliant. Maruti Suzuki India, TVS Motor Company, Bajaj Auto Limited, Hero MotoCorp, Honda Motorcycle & Scooter India, Suzuki Motorcycle India, Yamaha Motor India and Royal Enfield participated in the exposition and showcased their flex fuel technology. 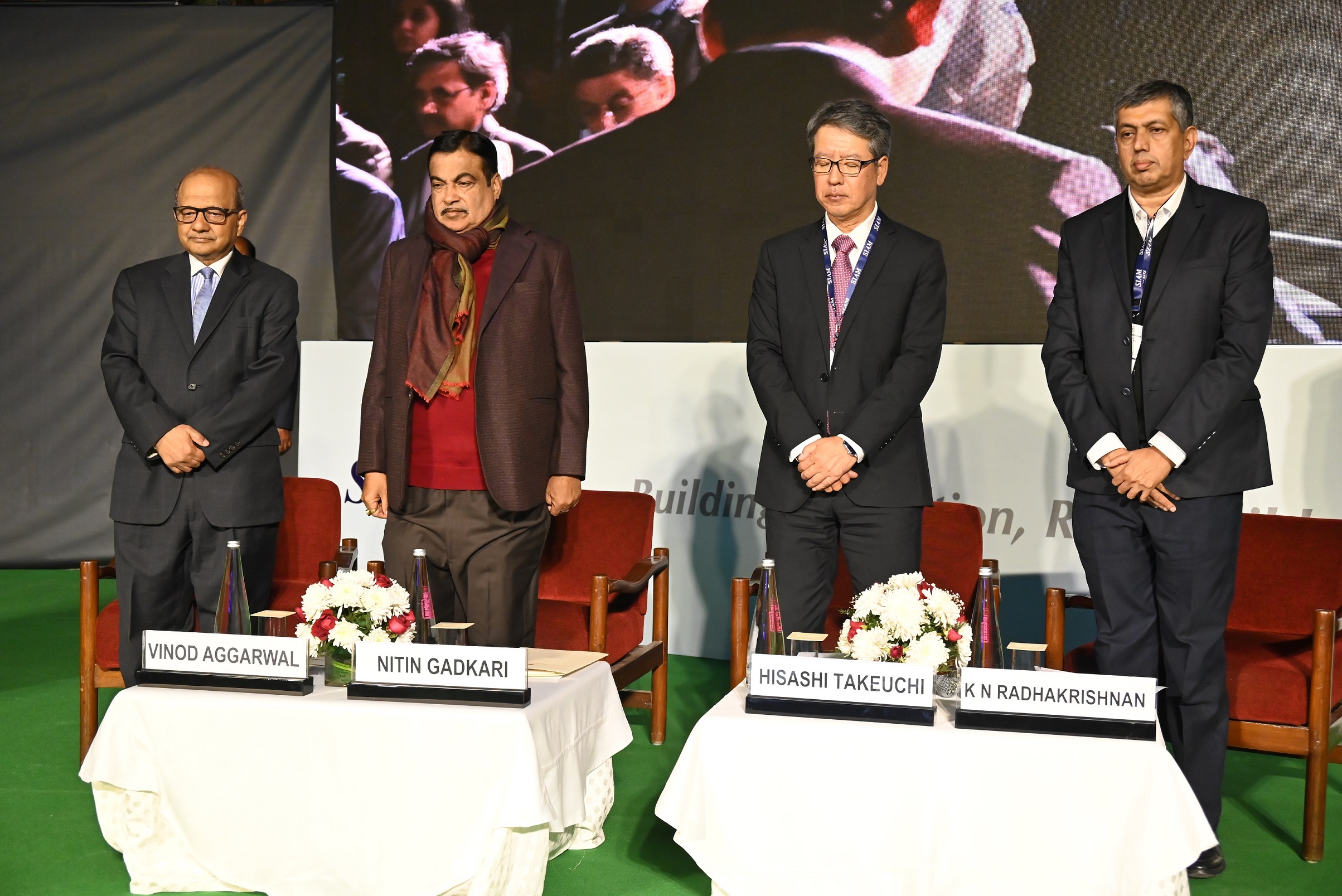 In his address, Chief Guest, Hon’ble Minister Shri Nitin Jairam Gadkari, Union Minister of Road Transport & Highways, Government of India, commented, “Ethics, Economy and Ecology & Environment are the most prominent three pillars of our society. Regarding ecology & environment the whole world is marching towards carbon neutrality. We need to have technology that we can use to convert waste to wealth. India uses the maximum amount of fossil fuel in the world, and 40% of air pollution is caused by fossil fuels.  Therefore, it’s our responsibility to spread awareness and impart education about ethanol-blended petrol and its benefits, compared to traditional fuel. The fuel import costs of India will be reduced by a huge margin, thus saving foreign exchange fund and building strategic advantage of being Atmanirbhar. Apart from the monetary benefits that will be generated as a result of these alternate fuels, economic benefits will also arise for the farmers, who will be supported through an additional source of income. The Automobile industry has created 4cr jobs that are highest in India with a size of 7.5lakh crore of Industry size at present and foreseeing to reach Rs.15lakh crore in next 5 years. The sugar manufacturers of India who have played an important part in the current ethanol milestones of the nation will reap similar economic benefits working towards sustainability together.” 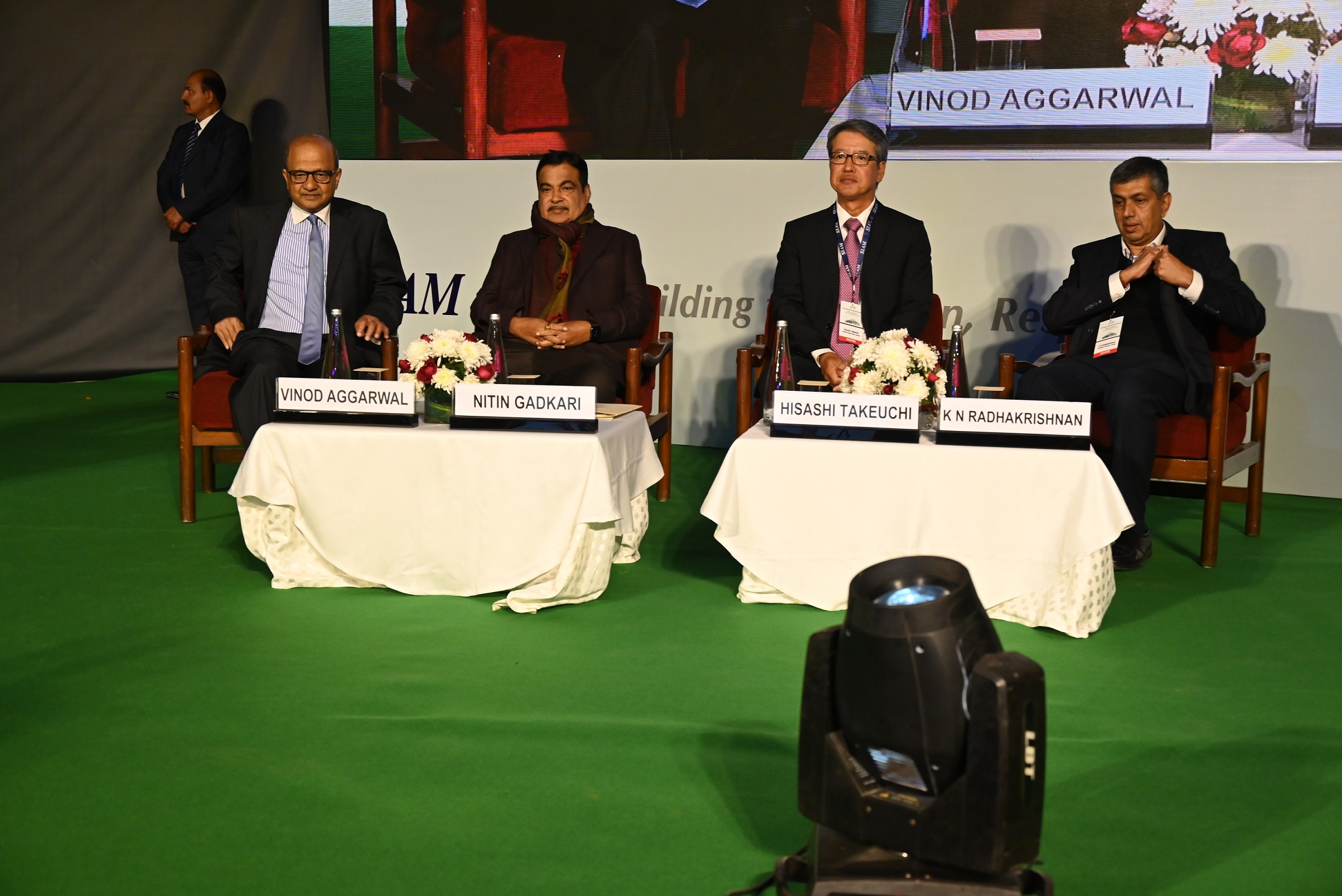 Talking over the technology demonstration, Mr. Vinod Aggarwal, President, SIAM, CEO & MD, Volvo Eicher Commercial Vehicles, said, “Stakeholders in the ethanol value chain have received continuous support from the government which will enabled the transition to sustainable mobility. The Indian automobile industry and SIAM have been proactive in supporting the government’s vision, leading to adoption of E10, 5 months ahead of schedule. We are now aligned for rolling out E20 material-compliant vehicles from April 2023 and production of E20-tuned engine vehicles from April 2025 and the Indian automobile industry has developed products to enable this shift. Ethanol adoption, apart from leading to GHG emission reductions, will also help the country reduce its import dependence and thus saving precious foreign exchange, which is aligned with SIAM’s vision of Building the Nation Responsibly”.

Over the years, SIAM has been engaging with governments, corporates, and various stakeholders in an effort to advocate a transition to cleaner fuels and innovative technologies, aligning with SIAM’s objective of ‘Building the Nation Responsibly’ and nurturing sustainable mobility and sustainable development goals, 2030.

The Society of Indian Automobile Manufacturers (SIAM) is a not-for-profit apex national body representing all major vehicle and vehicular engine manufacturers in India. SIAM works towards supporting the sustainable development of the Indian Automobile Industry with the vision that India emerges as the destination of choice in the world for the design and manufacture of automobiles. It also works towards facilitating the enhancement of the competitiveness of the Indian Automobile Industry, reducing the cost of vehicles, increasing productivity, and achieving global standards of quality.