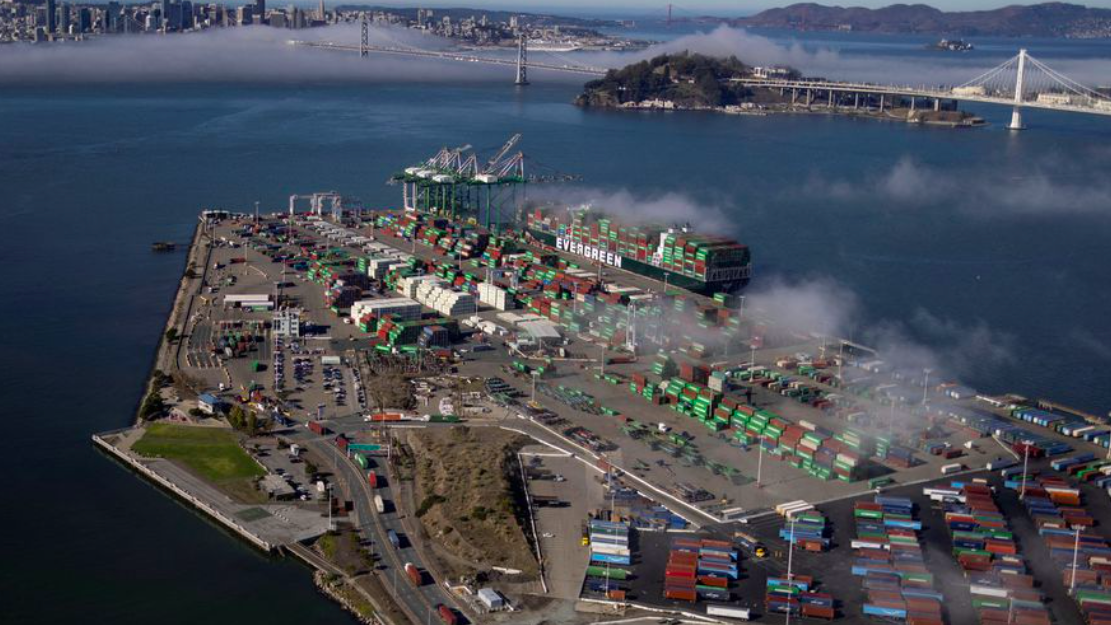 WASHINGTON, Feb 9 (Reuters) – U.S. wholesale inventories rose slightly more than initially estimated in December as motor vehicle stocks increased by the most in 10 years, offering hope that supply chain constraints could be easing.

The strong inventory build reported by the Commerce Department on Wednesday, including an upward revision to November’s data, also suggested fourth quarter economic growth could be revised higher when its Bureau of Economic Analysis (BEA) publishes its second gross domestic product estimate later this month. The report followed news on Tuesday that the trade deficit widened less-than-expected in December.

“These upward revisions to the wholesale inventory data make what already had been a strong increase in wholesale inventories estimated by the BEA for the fourth quarter look even firmer,” said Daniel Silver, an economist at JPMorgan in New York.

Wholesale inventories increased 2.2% in December, instead of 2.1% as estimated last month. Data for November was revised up to show at wholesalers advancing 1.7% instead of the previously reported 1.4%. Economists polled by Reuters had expected inventories would be unrevised.

Wholesale inventories jumped 18.5% in December from the year-earlier period. Inventories are a key part of gross domestic product. Goods imports hit a record high in December.

Strained global supply chains had been making it harder for businesses to replenish depleted inventories. Motor vehicle stocks remain very low because of a global shortage of semiconductors, which is constraining motor vehicle production.

In December, wholesale motor vehicle inventories accelerated 4.6%, the largest gain since December 2011, after rising 3.4% in November. Wholesale inventories, excluding autos, increased 2.0% in December. This component goes into the calculation of GDP.

Inventory investment surged at a seasonally adjusted annualized rate of $173.5 billion in the fourth quarter, the second-largest quarterly increase on record.

Other economists agree and expect GDP growth could be raised to as high as a 7.2% pace.

Restocking, after three straight quarters during which inventories were drawn down, is supporting manufacturing. Most economists see further scope for inventories to rise, noting that inflation-adjusted inventories remain below their pre-pandemic level. Sales-to-inventory ratios are also low.

The strong inventory build last quarter, however, suggest restocking will probably have a limited impact on GDP growth in the first quarter.

“Inventories would need to increase more than that seen in the fourth quarter to add to first-quarter GDP growth,” said Matt Colyar, an economist at Moody’s Analytics in West Chester, Pennsylvania. “That seems unlikely because of the Omicron variant and its impact on supply chains.”

Sales at wholesalers gained 0.2% in December after rising 1.7% in November. At December’s sales pace it would take wholesalers 1.25 months to clear shelves, the most since February 2021, and up from 1.22 months in November.