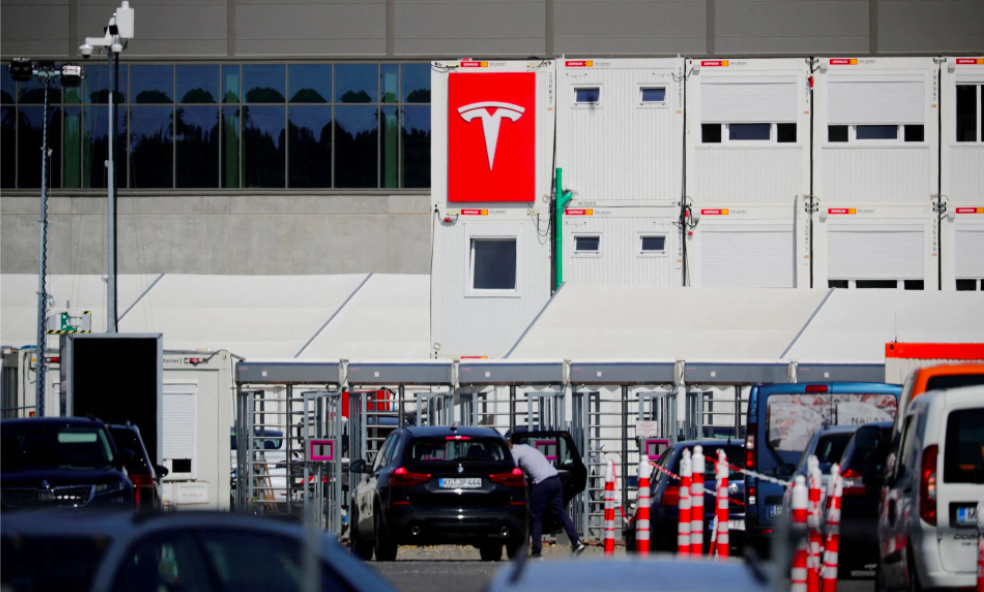 BERLIN, Feb 23 (Reuters) – Tesla (TSLA.O) may lose the water supply contract for its long-delayed German plant if environmental groups win a court case challenging a licence granted to its water supplier at a hearing next week.

The Frankfurt Oder administrative court will hear on March 4 a complaint filed by local groups claiming the Brandenburg environmental ministry carried out insufficient checks before granting the licence to the Wasserverband Strausberg-Erkner (WSE) utility.

If the groups win, WSE said it must cancel its contract with Tesla, and negotiations will begin again on where the plant could source its water – likely a lengthy process with no guaranteed solution.

A spokesperson for the court said a decision was expected the day of the hearing. Tesla declined to comment on the case.

A further delay would put another spanner in the works for the facility just as a broader approval process reaches its final stages.

Elon Musk had hoped to have the plant – key to his ambitions to conquer the European market where Volkswagen (VOWG_p.DE) currently holds the upper hand with a 25% share of electric vehicle sales to Tesla’s 13% – up and running six months ago.

Following delays, he said in October last year that he hoped to have it operational by December. The company has not further updated its timetable for the launch.

The groups bringing the complaint, Gruene Liga and Nabu, fear the 1.4 million cubic metres of water a year Tesla needs for the plant – akin to the usage of a 30,000-person town – will drain the region of drinking water.

Municipally-run WSE has itself flagged concerns over water supply.

While the Tesla plant does not use a particularly large quantity of water – others such as BASF’s (BASFn.DE) battery plant a few hours away use more – the region’s reserves are finite, WSE spokesperson Sandra Ponetsky said.

“We are a relatively water-rich country,” she said. “But we need help from other regions… Which supplier has the capacity to just magic that much water out of a hat in such a short time period?” 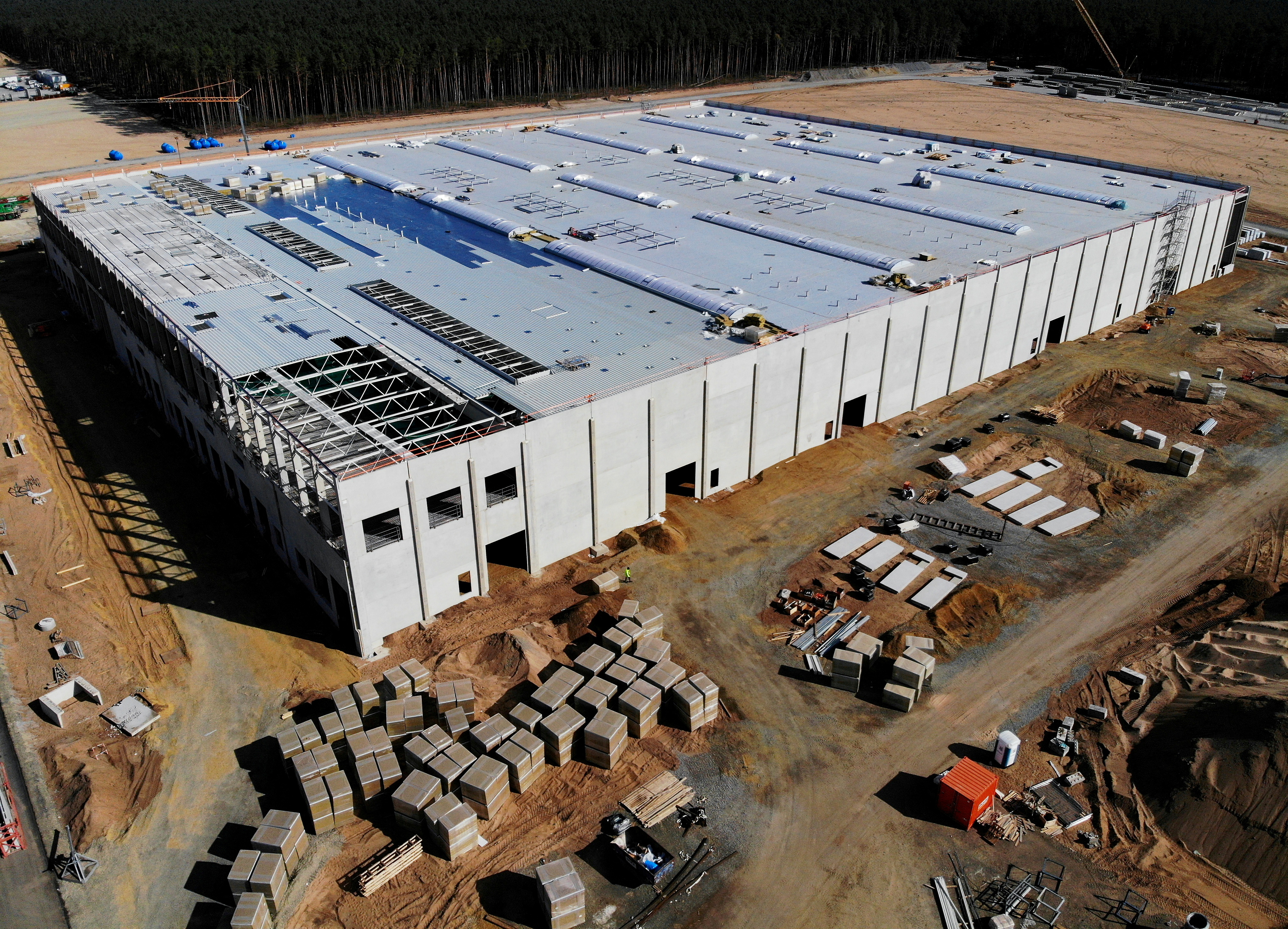 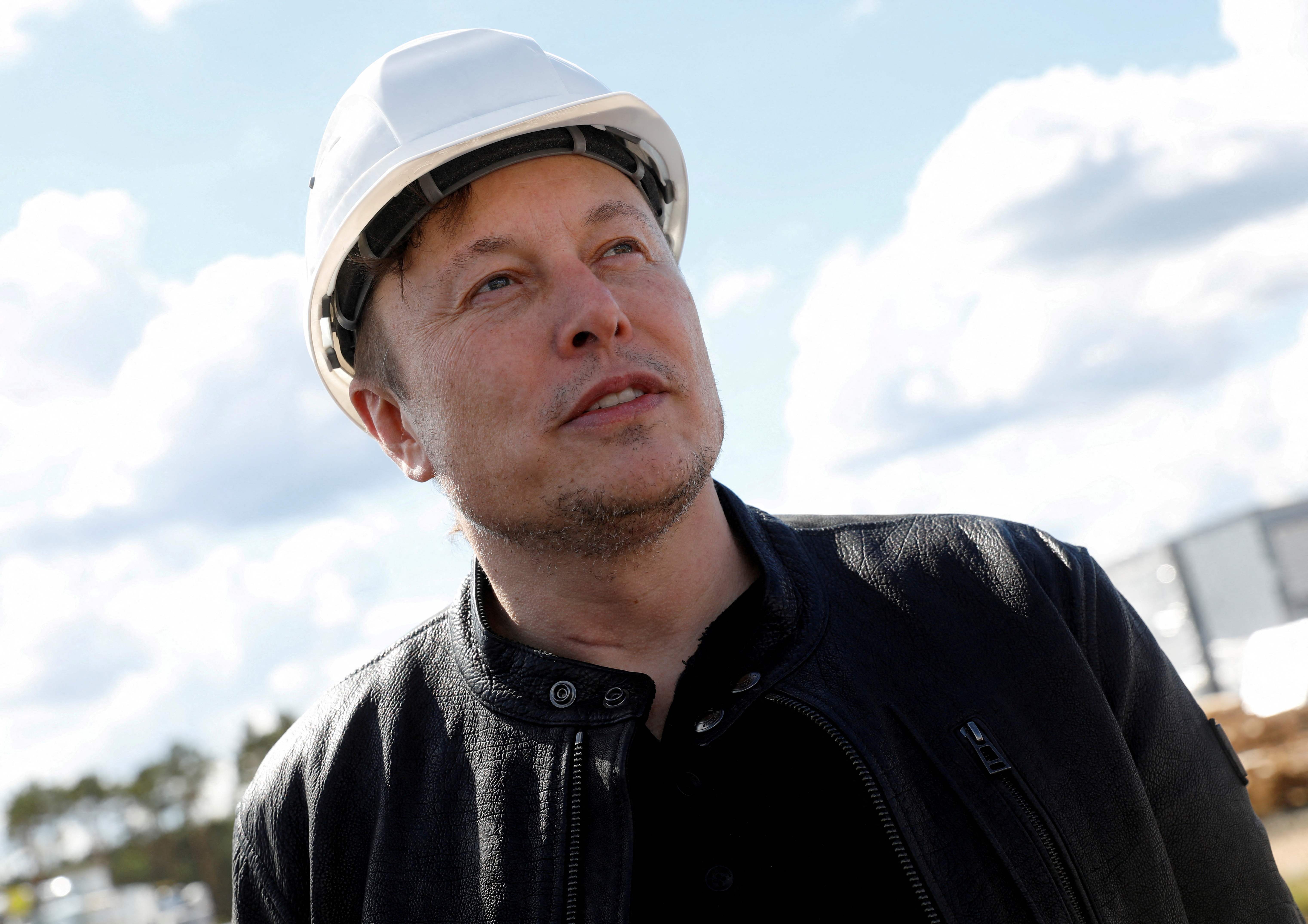 The dispute adds to a list of challenges faced by Tesla in recent months, from recalls in China and the United States to scrutiny by U.S. regulators of everything from Musk’s social media posts to accusations of discrimination towards workers. read more

The U.S. automaker reported record vehicle deliveries in the last quarter of 2021, but CFO Zach Kirkhorn said last month that ramping up both the Berlin and Austin plants was needed to make up for production lost earlier last year to supply chain and logistics issues.

“We’ve intentionally set these factories in locations in which they have a quite significant amount of land and ability to expand,” he said a few months prior in October.

But WSE has made clear that even if the court allows it to extract the water for Tesla’s first stage of production, servicing any future expansion to the plant will be impossible without importing water from other regions.

“We knew we were reaching our limits – but we predicted we’d get there in 2050,” Ponetsky said. “Through Tesla we were catapulted forward 30 years.”

Elon Musk has expressed his irritation at Germany’s complex bureaucracy on multiple occasions, arguing it is at odds with the urgency needed to fight climate change.

But activists in Brandenburg have raised numerous red flags against Musk’s factory on environmental grounds, expressing concern about everything from the trees cleared for the plant to an endangered snake species on the site – and now, water.

“The local populace here has been told for years to reduce its water use. Then the richest man in the world comes along and gets everything laid out at his feet,” Manuela Hoyer, Gruenheide resident and leader of a citizen’s initiative opposing the plant, said. “There’s something wrong with the system.”

The local environmental ministry in Brandenburg maintains there is enough water to service the region and the Tesla plant.

“The local government does not see drinking water for the 170,000 people in the region as threatened,” regional environment minister Axel Vogel said in local parliament in January.

The court case is separate to the wider licensing process Tesla is currently undergoing for the plant.

The ministry is in the final stages of approving Tesla’s 13,500-page application to begin commercial production, but will still take “some time”, a spokesperson said.

“Even if it is positive, the decision will have a three-digit number of pages, and not in the lower end, with many conditions and requirements,” the spokesperson said.