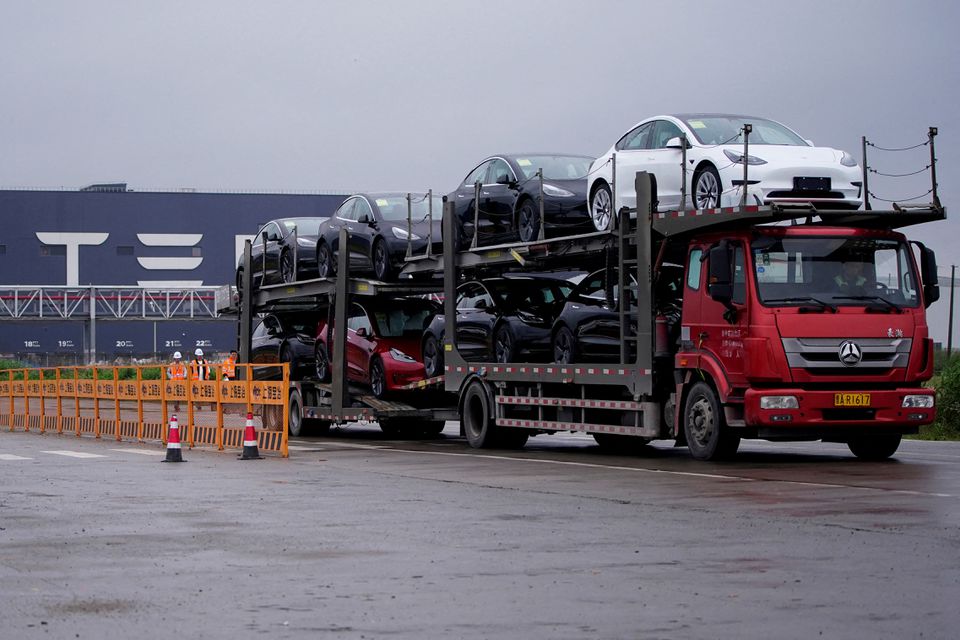 SHANGHAI, March 28 (Reuters) – U.S. automaker Tesla (TSLA.O) is suspending production at its Shanghai factory for four days after the city announced on Sunday night it would lock down in two stages to carry out mass testing for COVID 19, two people familiar with the matter said.

The company has notified its workers and suppliers of the move, the people said.

It initially attempted to create a closed loop to continue production and called workers in on Sunday, one of the sources said. However, it allowed them to leave that evening after it decided it did not have enough provisions for them, the source added.

Tesla did not immediately respond to a request for comment on Monday.

China’s financial hub of Shanghai said on Sunday it would lock down the city in two stages to carry out COVID-19 testing over nine days.

Authorities said they would divide Shanghai in two for the exercise, using the Huangpu River that passes through the city as a guide.

The Tesla factory is in the Lingang district of Pudong new area, which is part of Shanghai’s first lockdown stage. Its lockdown started early on Monday and is scheduled to last until Friday morning.