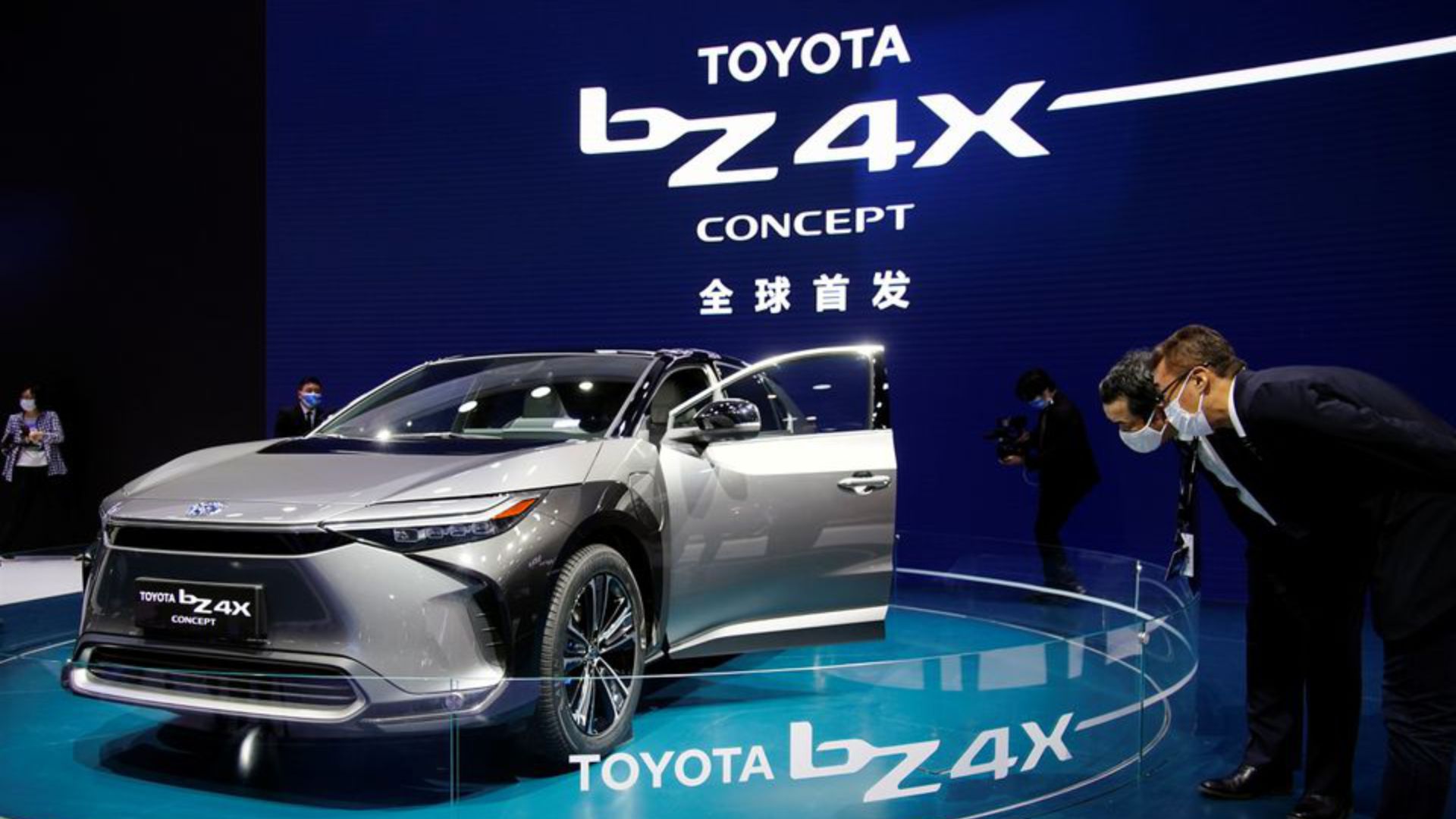 TOKYO, June 24 (Reuters) – Toyota Motor (7203.T)shares slipped after it recalled some of its first mass-made all-electric cars, launched two months ago, because of a risk of wheels coming loose, a setback to its ambitions to electrify its model range.

Toyota, the world’s largest automaker by sales, said on Thursday it would recall 2,700 bZ4X SUVs globally.

The Solterra, Subaru’s first all-electric vehicle, was jointly developed with Toyota and shares major components with the bZ4X.

The recall adds to problems at Toyota, which has been forced to cut production frequently this year due to the global chip shortage and other supply issues and is facing investor pressure because of its slowness in embracing battery electric vehicles (BEVs).

“It’s embarrassing,” said Christopher Richter, an analyst at CLSA. “People have waited so long for Toyota to get a mass market battery electric vehicle … and just a few weeks after they get it in the market there’s a recall.”

But it “was not an indictment of the new electric vehicle system ” he added, because the problem was a simple mechanical one and the fix was unlikely to be expensive.

Japan’s safety regulator said sharp turns and sudden braking could cause a hub bolt to loosen, raising the risk of a wheel coming off the vehicle. It said it was not aware of any accidents being caused by the defect.

The problem was discovered after people in the United States had driven the cars, said an official at Japan’s Ministry of Transport, who declined to be named because of the sensitivity of the matter.

Toyota had reported that one car, in particular, had been roughly handled. “We don’t know who the driver was, but the driver drove the car very hard,” the official said, adding that Toyota had found the problem, which affected only a few cars.

Spokespeople at Toyota and Subaru said the companies had not yet decided how soon they could fix the problem and proceed with the rollout, because the cause had not yet been determined.

Toyota said on Thursday that not every car of this model was subject to the recall but declined to say how many it had built overall.

Once a favourite with environmentalists for its popular hybrid Prius model, Toyota has come under fire for not acting quickly enough to phase out gasoline-powered cars and for its lobbying on climate policy.

The company has repeatedly pushed back against the criticism, arguing the necessity to offer a variety of powertrains to suit different markets and customers.

Japan changed a key policy document to show its support for hybrids was on par that for with BEVs after a lawmaker cited the head of Toyota saying automakers could not back a government that rejected the technology popularised by the Prius, Reuters reported on Friday.