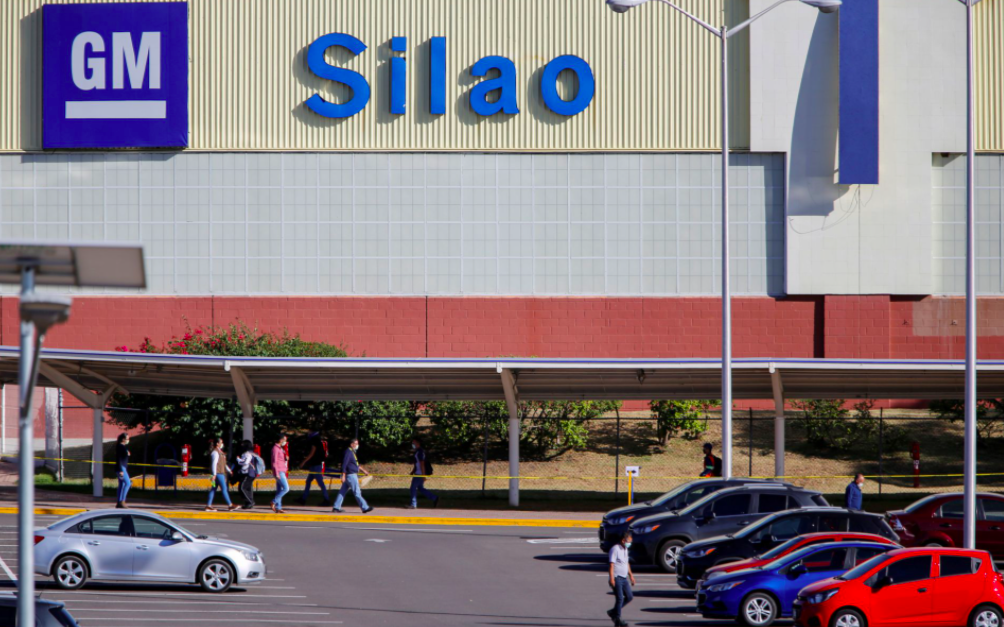 The United States is testing powers to protect workers under the trade deal replacing NAFTA and asked Mexico on Wednesday to probe alleged abuses at a General Motors Co (GM.N) factory, a move that may put tariffs on some of the firm’s profitable pickups.

Tai said she will partner with the Mexican government to try to “prevent a race to the bottom” for U.S. and Mexican workers. read more

“It’s a good thing. Before, the trade deal did not look at the labor situation,” President Andres Manuel Lopez Obrador said at a regular news conference.

Mexico’s labor ministry has already said it found “serious irregularities” in the union-led vote by the GM Silao plant’s 6,000 union workers to ratify a labor contract and ordered a new vote within 30 days. Officials have said some ballots were destroyed. read more

Labor remedies under USMCA include revoking tariff-free access for the violating factory’s goods. In GM’s case, that could mean applying a 25% U.S. pickup truck import tariff on Silao-made trucks, a move that could add thousands of dollars to each vehicle’s cost.

GM said it will cooperate with the U.S. and Mexican governments and that it condemned violations of labor rights including actions to restrict collective bargaining.

The so-called request for review marks the first use of the Rapid Response Labor Mechanism in USMCA, which allows countries to target labor rights violations at specific factories. Tai helped negotiate the labor enforcement mechanism on behalf of Democrats in the U.S. Congress.

GM won key changes to USMCA that allowed it to continue to build hundreds of thousands of high-profit pickups in Mexico for export to the United States annually.

In a statement, Tai praised Mexico “for stepping in to suspend the vote when it became aware of voting irregularities” and said the U.S. action “will complement Mexico’s efforts to ensure that these workers can fully exercise their collective bargaining rights.”

Under NAFTA, Mexican factory wages stagnated for more than two decades, in part because of a union system that made it hard for workers to organize freely. Mexico’s minimum wage of less than a $1 an hour is the lowest among the OECD group of industrial economies.

Despite the new USMCA powers, a domestic labor reform, and government hikes to minimum wages, Mexican workers are expected to earn far less than U.S. peers for the foreseeable future.

GM’s Silao plant is a linchpin of its North American truck strategy, producing more than 339,000 Chevrolet Silverado and GMC Sierra full-sized pickup trucks in 2019. That was more than a third of the company’s total of 906,000 that year.

“We do not believe there was any GM involvement in the alleged violations or that any government-approved inspectors were denied access to the facility, and have retained a third-party firm to conduct an independent and thorough review,” the company said in a statement.

Ford builds all of its U.S. full-size pickup trucks in the United States but both GM and Ford are investing in electric vehicle production in Mexico, prompting the United Auto Workers union to call for tax incentives to apply only to U.S.-assembled EVs. read more

In cases of workplace violations at factories that export to the United States, Lopez Obrador said the two governments would establish a dialog and intervene so that rights were respected.

If the United States and Mexico cannot reach an agreement to resolve the matter, Tai can request a dispute settlement panel to review the matter, with the entire process meant to take about 90 days from the initial request.

Tai has requested that the U.S. Treasury immediately suspend final settlement of customs accounts for U.S. border entry of GM’s Silao trucks, a move that preserves the option to apply tariffs to them later.