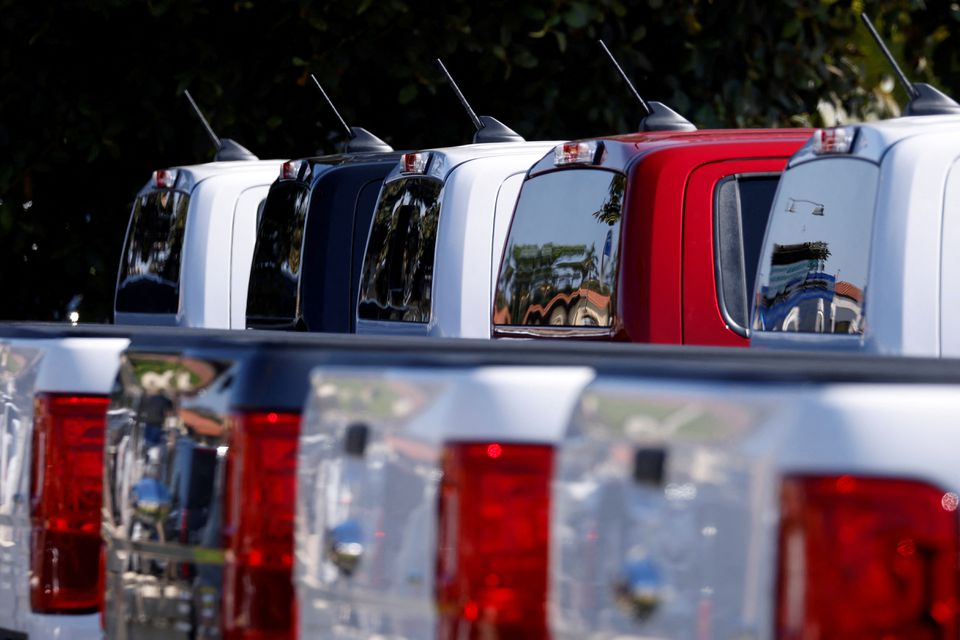 U.S. retail sales of new vehicles in April could fall 23.8% to 1.1 million units from a year earlier, according to a report released by the consultants on Wednesday.

Demand remains strong, but with fewer than 900,000 units in inventory at dealerships, sales volumes will be well below year-ago levels, said Thomas King, president of the data and analytics division at J.D. Powers.

“We expect production volumes to improve in the second half of the year, but fulfilling existing orders may not allow dealer inventory to accumulate in any noticeable way,” Cox Automotive Senior Economist Charlie Chesbrough said in a statement.

Rising interest rates also pose a threat to current transaction prices, with the average interest rate for loans in April expected to increase 33 basis points from a year ago to 4.61%, the consultants said.

They also added the global forecast for light vehicle sales has now slipped to 81.7 million units in 2022, down 900,000 units from last month.

Total new-vehicle sales for April 2022, including retail and non-retail transactions, are projected to reach 1.2 million units, a 21.5% decrease from last year.