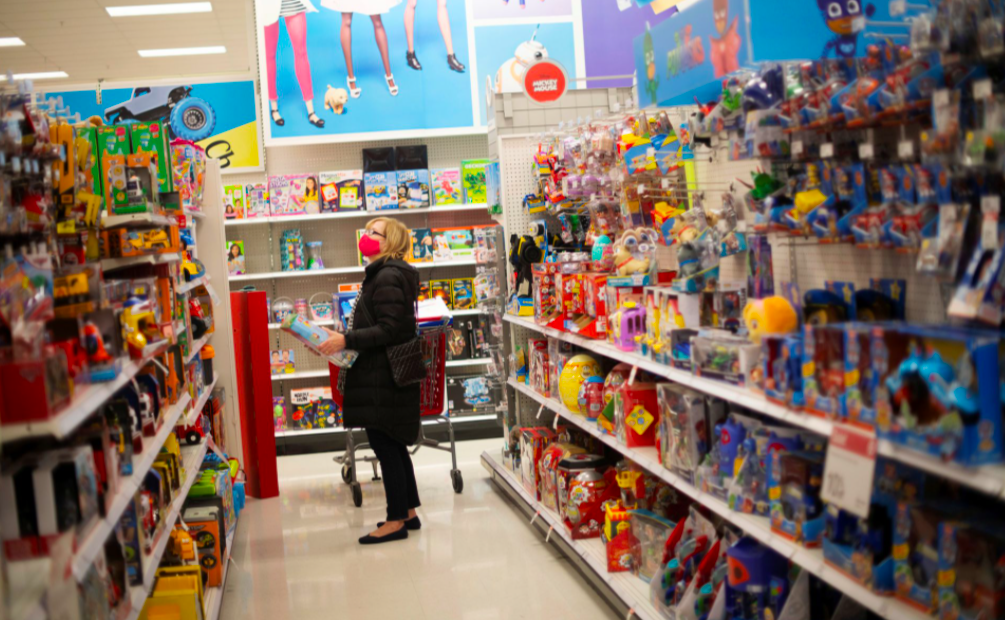 U.S. consumer prices increased by the most in nearly 12 years in April as booming demand amid a reopening economy pushed against supply constraints, which could add fuel to financial market fears of a lengthy period of higher inflation.

The report from the Labor Department on Wednesday also showed a strong buildup of underlying price pressures, extending a stocks selloff on Wall Street. Most economists were, however, unwavering in their belief that the surge in prices would be temporary, noting that the main drivers of the bigger-than-expected inflation increase were hotels and airlines, industries that were hardest hit by the coronavirus pandemic.

Bottlenecks in the supply chain, which led to a record jump in prices of used cars and trucks last month, were expected to ease. Federal Reserve Chair Jerome Powell has similar views.

“This is not a sign of an inflation problem,” said Robert Barbera, director of Johns Hopkins University’s Center for Financial Economics. “We have the capacity to produce this stuff, we simply need time to get things back on line.”

The consumer price index jumped 0.8% last month, the largest gain since June 2009. The CPI rose 0.6% in March. A 10.0% surge in prices of used cars and trucks, the most since the series started in 1953, accounted for over a third of the increase in the CPI last month. That followed a 0.5% rise in March. Motor vehicle production has been hampered by a global semiconductor chip shortage, boosting demand for used automobiles.

Food prices increased 0.4%, lifted by rises in the cost of fruits and vegetables, dairy products, meats, fish and eggs. Households also paid more to dine out. But gasoline prices fell 1.4% after accelerating 9.1% in March.

A sharp rebound is likely after hackers shut down the Colonial Pipeline on Friday, leaving gas stations from Florida to Virginia running dry and prices at the pump surging this week.

Economists polled by Reuters had forecast the CPI would climb 0.2%. In the 12 months through April, the CPI shot up 4.2%. That was the largest gain since September 2008 and followed a 2.6% increase in March. The jump mostly reflected the dropping of last spring’s weak readings from the calculation.

Those so-called base effects are expected to push annual inflation even higher in the months ahead.

Stocks on Wall Street fell, building on the previous session’s losses, as investors worried that surging inflation could force the Fed to raise interest rates sooner than expected. The dollar (.DXY) strengthened against a basket of currencies. U.S. Treasury prices were lower.

“At the very least, this report demands extra work from the Fed to assuage markets it is standing its ground and why,” said Chris Low, chief economist at FHN Financial in New York.

The U.S. central bank slashed its benchmark overnight interest rate to near zero last year and is pumping money into the economy through monthly bond purchases. It has signaled it could tolerate higher inflation for some time to offset years in which inflation was lodged below its 2% target, a flexible average.

Fed Vice Chair Richard Clarida said on Wednesday it would be “some time” before the economy is healed enough for the central bank to consider scaling back its support.

Demand is being driven by nearly $6 trillion in government relief since the COVID-19 pandemic started in the United States in March 2020 and the vaccination of more than a third of the population. There are concerns inflation could linger amid reports that companies are raising wages as they compete for scarce workers.

Though job openings are at a record 8.1 million and nearly 10 million people are officially unemployed, companies are scrambling for labor. Generous unemployment benefits, fears of contracting the virus, parents still at home caring for children and pandemic-related retirements have been blamed for the disconnect. Average hourly earnings jumped in April.

Economists are keeping an eye on fairly high inflation expectations, which some say could become a self-fulfilling prophecy. Excluding the volatile food and energy components, the CPI soared 0.9% last month, the largest gain since April 1982. The so-called core CPI rose 0.3% in March.

It was boosted by a 10.2% surge in prices of airline tickets as well as an 8.8% jump in the cost of rooms in hotels and motels. The cost of renting a car soared 16.2%. Rental companies offloaded their fleets at the height of the pandemic and the semiconductor shortage is making it harder to restock.

In the 12 months through April, the core CPI jumped 3.0%, also boosted by base effects. That was the biggest increase since January 1996 and followed a 1.6% advance in March.