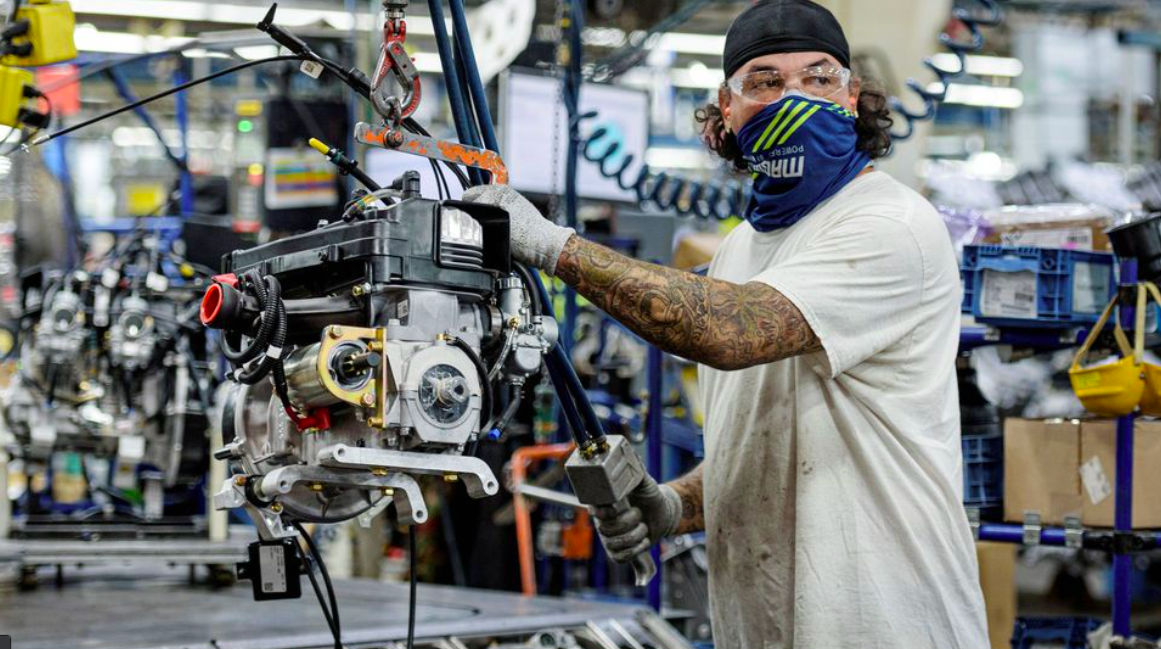 WASHINGTON, Aug 17 (Reuters) – Production at U.S. factories surged in July, boosted by an acceleration in motor vehicle output as auto makers either pared or canceled annual retooling shutdowns to work around a global semiconductor shortage.

Last month, production at auto plants soared 11.2%. The shortage of semiconductors has forced auto companies to adjust their production schedules. The Fed noted that “a number of vehicle manufacturers trimmed or canceled their typical July shutdowns,” when they retool their plants.

Despite the surge, production of motor vehicles and parts in July was about 3.5% below its recent peak in January 2021, the Fed said.

Excluding autos, manufacturing output rose 0.7% in July. Overall manufacturing in July was 0.8% above its pre-pandemic level. Manufacturing, which accounts for 11.9% of the U.S. economy, is being underpinned by strong domestic demand. But that is straining the supply chain, leaving manufacturers struggling with shortages of raw materials and labor.

The situation could be worsened by the resurgence in COVID-19 infections from the Delta variant of the coronavirus.

The increase in manufacturing output and a 1.2% rise in mining combined to boost industrial production by 0.9% last month. Industrial output rose 0.2% in June. Mining was driven by higher oil prices, which are supporting drilling activity. Utilities output fell 2.1%.

Capacity utilization for the manufacturing sector, a measure of how fully firms are using their resources, increased 1.1 percentage points to 76.6% in July. Overall capacity use for the industrial sector rose 0.7 percentage point to 76.1%. It is 3.5 percentage points below its 1972-2020 average.

Officials at the U.S. central bank tend to look at capacity use measures for signals of how much “slack” remains in the economy — how far growth has room to run before it becomes inflationary.