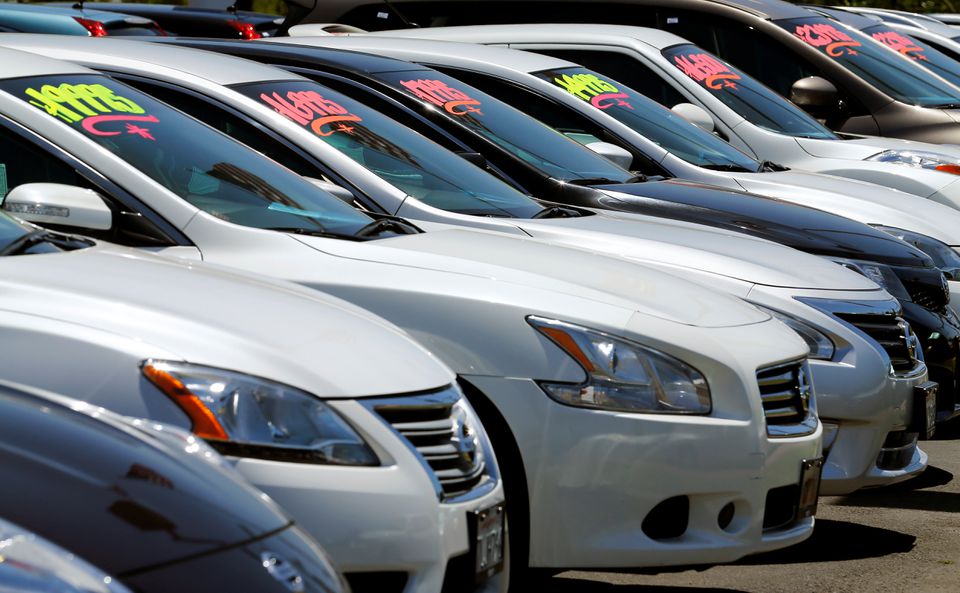 WASHINGTON, Feb 16 (Reuters) – U.S. retail sales increased by the most in 10 months in January, lifting the level of sales to a record high amid a surge in purchases of motor vehicles and other goods, but higher prices could limit the boost to economic growth this quarter.

The report from the Commerce Department on Wednesday showed underlying strength in the economy ahead of anticipated interest rate increases from the Federal Reserve starting in March, although retail sales in December were much weaker than initially estimated.

“The strong rebound in January retail sales, though partly in response to last year’s weak finish and inflated by higher prices, suggests consumers still have plenty in the tank to propel the expansion forward this year,” said Sal Guatieri, a senior economist at BMO Capital Markets in Toronto. “Rate hikes won’t cool their jets for a while, making the Fed’s job of driving down inflation that much harder.”

Retail sales surged 3.8% last month, the largest rise since last March. That raised sales to their highest level since the government started tracking the series in 1992.

Data for December was revised down to show sales declining 2.5% instead of 1.9% as previously reported. Economists polled by Reuters had forecast retail sales would rise 2.0%, with estimates ranging from as low as 0.7% to as high as 4.4%.

Retail sales increased despite consumer sentiment sagging to a decade low in recent months. Spending is being supported by massive savings, high household wealth and a tightening labor market, though inflation is eroding wage gains.

The broad increase in sales was led by motor vehicles.

Auto sales typically fall in January after the holiday promotional season. Given the ongoing scarcity of motor vehicles because of a global shortage of semiconductors, the drop last month was probably smaller than had been expected by the seasonal factors, the model used by the government to iron out seasonal fluctuations in data.

That likely resulted in the seasonal factors being more generous than in previous years. Unadjusted auto sales were the highest for the month of January going back to 1992.

Economists expect this boost to fade in March. Auto sales could also fall, with a separate report from the Fed on Wednesday showing motor vehicle production declined in January for a second straight month. That curbed overall growth in manufacturing output to 0.2% last month. read more

“Despite some caveats to the retail sales report, at least we can be assured that consumers are not pulling back their crucial support for the economy even though they are experiencing a marked decline in confidence if not being downright depressed about what the future holds,” said Christopher Rupkey, chief economist at FWDBONDS in New York.

Financial markets are pricing in nearly even odds of a 50-basis-point interest rate increase next month. Economists expect as many as seven rate hikes this year.

Minutes of the Fed’s Jan. 25-26 meeting published on Wednesday showed decisions to raise rates would depend on a meeting-by-meeting analysis of data. read more

The dollar (.DXY) slipped against a basket of currencies while U.S. Treasury prices were mixed.

Retail sales last month were also lifted by higher prices because of shortages amid strained supply chains. They are mostly made up of goods and are not adjusted for inflation.

Economists estimated that retail sales rose about 2.8% in January when adjusted for inflation, which put them back in line with their pre-pandemic trend.

Receipts at auto dealerships snapped back 5.7% after dropping 1.6% in December. Sales at electronics and appliance stores increased 1.9%. Building materials stores sales surged 4.1%. There were also gains in receipts at food and beverage stores as well as clothing retailers.

But sales at sporting goods, hobby, musical instrument and book stores fell 3.0%, suggesting consumers were cutting back on discretionary spending likely because of inflation. Sales at service stations fell 1.3% amid lower gasoline prices.

January’s solid real core retail sales suggested that consumer spending this quarter would probably not be as weak as economists had expected. Real consumer spending declined 1.0% in December, which had set consumption on a slower growth path.

“The recent volatility in the data makes it hard to detect the underlying trend, but the recent momentum for consumer spending now looks stronger than we were anticipating,” said Daniel Silver, an economist at JPMorgan in New York.

Growth estimates for consumer spending are mostly below a 2.0% annualized rate. Consumer spending, which accounts for more than two-thirds of U.S. economic activity, increased at a 3.3% pace in the fourth quarter.

Economists at Goldman Sachs raised their first-quarter GDP growth estimate by 1.5 percentage points to a 2.0% rate. The economy grew at a 6.9% pace in the fourth quarter. Growth in 2021 was the strongest since 1984.