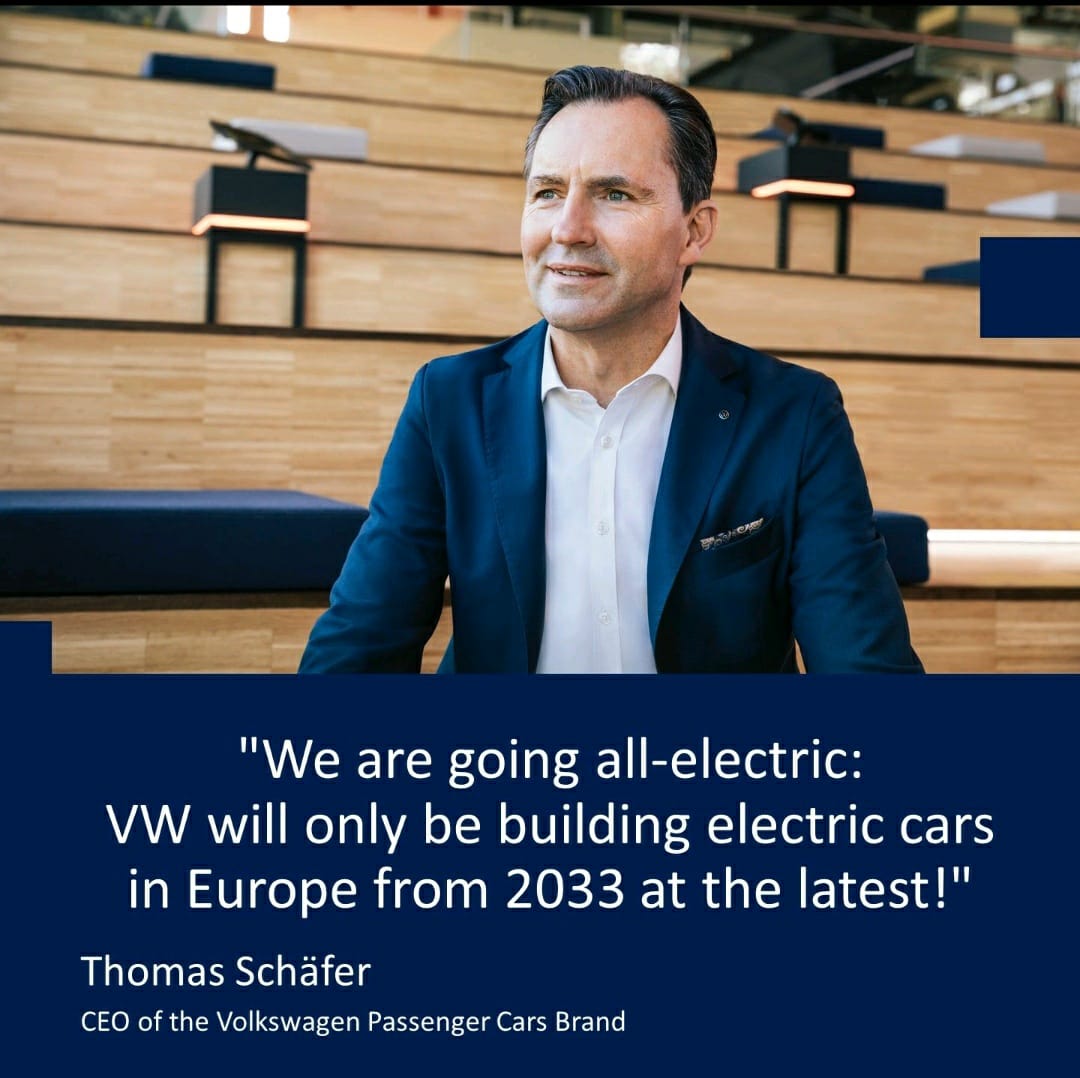 BERLIN, Oct 26 (Reuters) – The Volkswagen brand (VOWG_p.DE) will only produce electric cars in Europe from 2033, its boss Thomas Schaefer said on Wednesday, committing to an earlier date than its previous 2033-2035 target.

Schaefer said in the coming decade the VW brand would narrow down the number of models on offer and raise the profit margin for all volume brands – Volkswagen, SEAT and Skoda, and commercial vehicles – to 8% by 2025.

His comments echo other senior management figures at the German carmaker who have also laid out plans to streamline production and improve productivity as it battles to dominate the electric vehicle market.

Premium brands like Audi and Porsche boosted the Group’s results in the first half of the year, with Audi registering a 51% jump in operating profit and Porsche up 22%, compared to an 8% drop at the Volkswagen volume brands.

The passenger cars brand saw a 5.6% operative margin in the first half of the year, up from 3.4% in the same period last year.

Bringing vehicles from the volume brands into the same factory saves costs, Schaefer said: “We have historically a lot of waste in the system we can take out.”

The VW brand would also move its production focus from concentrating on a single model per factory to “platform thinking”, Schaefer said, using the same basic design for different models to allow economies of scale.

This, combined with standardising battery chemistry, was key to achieving the carmaker’s goal of producing an entry-level electric vehicle for 25,000 euros or under, Schaefer said.

“If you have 30-40 different battery cell and pack formats, it’s unmanageable. The focus is a clear standard across the brands, and full scale,” the chief executive said.

“The only company that can scale on this territory at the moment is us.”