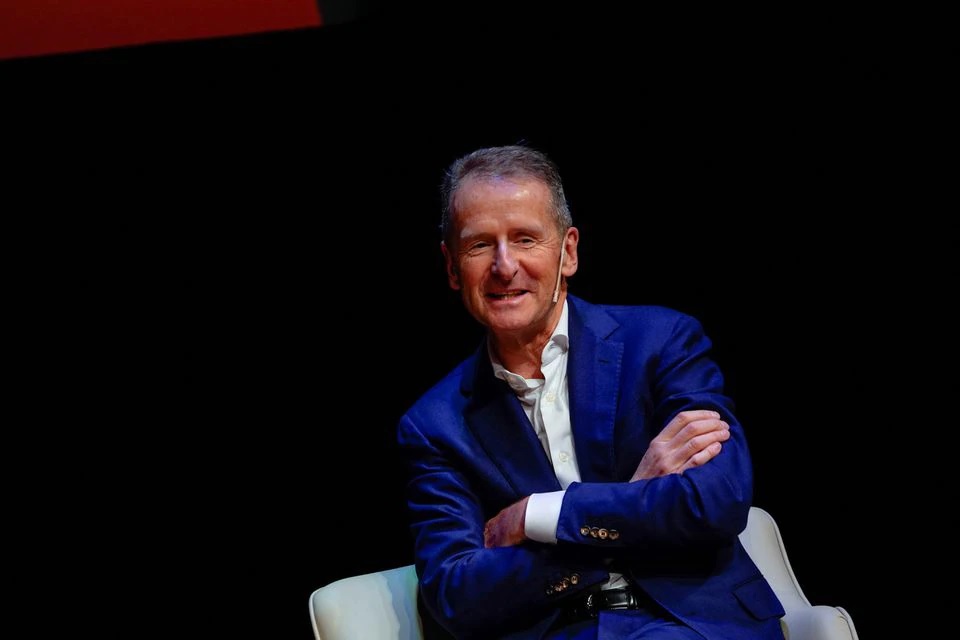 FRANKFURT, May 9 (Reuters) – Volkswagen (VOWG_p.DE) faces a tough road ahead to reach its self-imposed target of becoming the world’s largest seller of electric vehicles by 2025, its chief executive said on Monday, admitting rival Tesla (TSLA.O) was stronger than expected.

“It will be a tight race but we won’t give up on it,” Herbert Diess said at the FT Future of the Car 2022 conference. “I have to say we didn’t expect our main U.S. competitor to be so fast and well-prepared,” he added.

Diess was heavily criticised last year for regularly benchmarking Volkswagen against Tesla and singling out the company’s agility and speed to put pressure on the German carmaker’s established structures.

Tesla this year opened its first European gigafactory near Berlin, challenging Volkswagen as well as peers BMW (BMWG.DE) and Mercedes-Benz (MBGn.DE) on their home turf, while Diess said he expected Tesla’s ramp-up to be challenging.

Diess said he still saw a chance that Volkswagen could manage to overtake Tesla and become the world’s No.1 by 2025, pointing to its bigger product offering covering luxury and premium cars as well as volume brands.

Turning to the U.S. market, where Volkswagen aims to more than double its market share to 10%, Diess said this would require an additional plant as well as local battery production, but dismissed the move was due to being over-exposed to China.