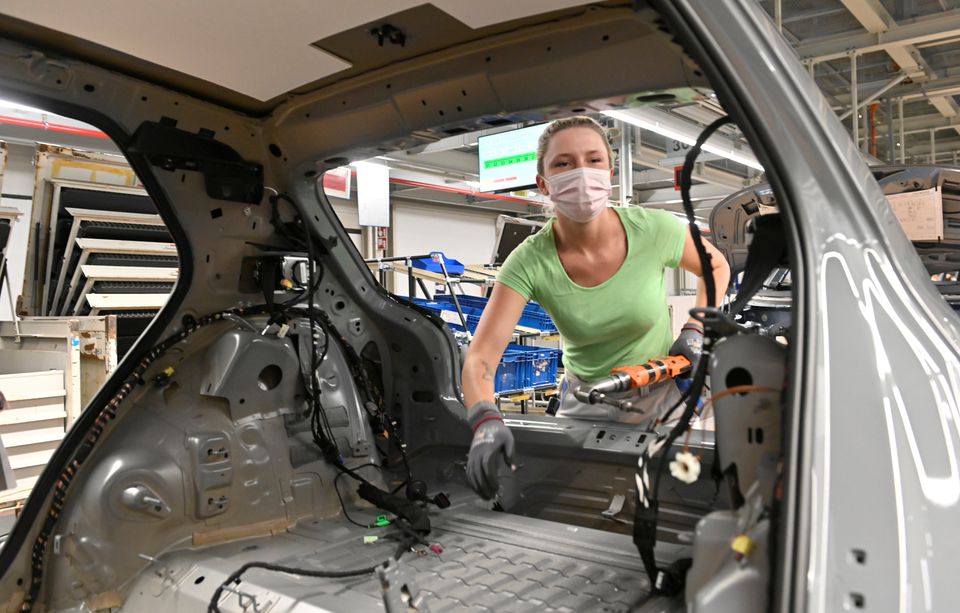 BERLIN, Oct 2 (Reuters) – The head of Volkswagen’s (VOWG_p.DE) works council wants the carmaker to bring forward production of electric vehicles at its main plant in Wolfsburg to 2024 make it more competitive, a newspaper reported on Saturday.

The Braunschweiger Zeitung quoted works council chief Daniela Cavallo as saying a global chip shortage and the COVID-19 pandemic were reducing output at the plant this year and it needed to make a new model to secure its competitiveness.

“The site needs a faster path to e-mobility,” the newspaper quoted Cavallo as saying, adding this should happed in 2024.

Under its Trinity project, VW has been developing a flagship electric sedan to be built at Wolfsburg from 2026.

Producing electric vehicles in Wolfsburg sooner would address capacity utilisation issues that are causing fears in the workforce at the plant, where workers are on “Kurzarbeit” reduced-hours shifts, the paper reported Cavallo as saying.
Writing by Paul Carrel; Editing by David Holmes
Source : Reuters