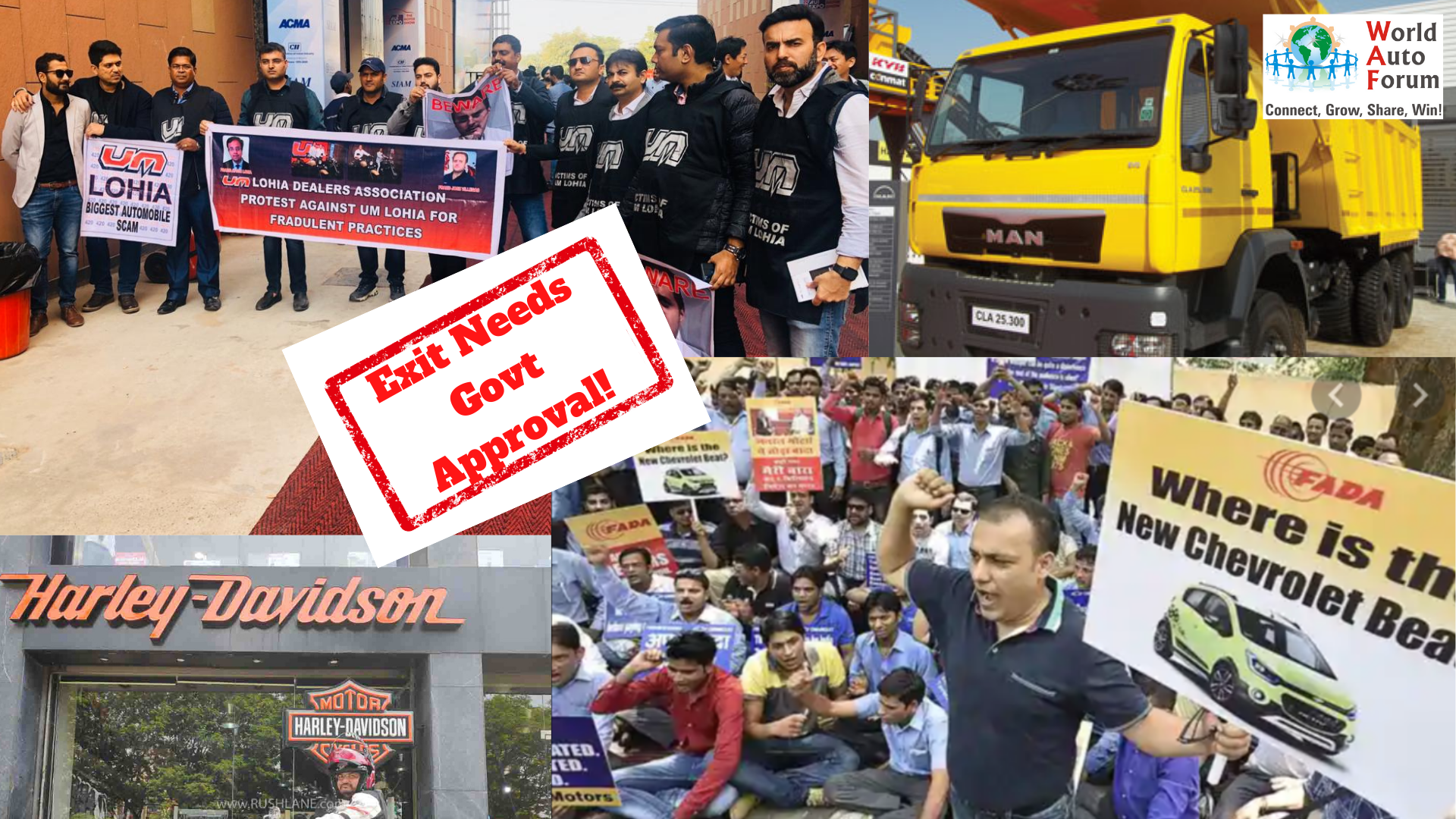 Times are challenging amidst the Global Pandemic. Jobs losses, pay cuts are the part of the “New Normal”. Health care cost for fighting the pandemic is no less. Mental wellbeing & business sentiment are at their nadir.

To add to the misery, foreign auto cos announce exits. Harley-Davidson just announced their exit from the Indian Market as part of their Operation Rewire. They are closing down their plant. The dealers shall continue to offer services as long as the duration of their “Contract”. This duration remains a “Big Secret”

Most Senior Level employees already allegedly pushed out in the last one year! Psst ..!

Great brands hiding behind euphemism of their expensive PR Agencies.

As per FADA, Federation of Automotive Dealer Associations, the exit of HD India shall lead to more than 2k persons losing their livelihood.

“Harley-Davidson has not informed any of its dealer partners about its closure plans and dealers are yet to receive any official communication,” FADA President Vinkesh Gulati said.

It goes without saying that dealers who have invested their hard-earned capital in this iconic brand are left like an abandoned baby without any compensation package, he added.

It can be safely assumed even the Suppliers might not have been informed, just the way, dealers were kept in the dark.

It’s not happened for the first time. There’s a history of foreign brands exiting unannounced…

GM India executives were busy booking swanky venues for the Chevy Beat launch and they get informed by their Asia Pac and Detroit Office, “Its time to pull the plug”.

Knee jerk reactions from close door board room meetings at Company HQ and thousands and lakhs of people get affected instantly!

Several dealers had made new or incremental investments. Dealers were carrying unsold inventories. Suppliers were working on new product development. Even the OEM employees were taken by surprise.

Eventually it was bodies like FADA and ACMA which came to rescue and support.

This is another example of an Auto major coming in, painting a rosy picture, making dealers and suppliers invest good amounts in their facilities and inventories and boom, its time to say good bye.

This is the worst example of all perhaps! The company didn’t even bother to release a single email or statement to the dealers about the shutdown. UM Lohia is a JV between UM USA and Lohia Automobiles. The Indian partner very conveniently keeps blaming the American joint venture partner for all the woes.

It was a joint responsibility towards the Eco System and was completely neglected. They recently went into Insolvency. Hope Justice is finally delivered!

Hey! Anybody thinking about the Customer ( Kasht Se Mar ) ?

If we take just the case of UM Lohia, who sold premium and high end bikes for just a couple of years, they too have 12K customers. All left to their own, no product, parts, service or customer support, Why ? Because there’s no Dealer Support, Period.

Time n again its proven, pamper your suppliers for Product Quality and pamper your dealers for keeping your customers happy & retained!

There should be an Exit Compliance Code for any company planning to pull the plug. The exits have great socio economic ramifications. A luxury and low volume brand like Harley Davidson kills 2k Jobs at India, that too amidst troubled and challenging times of pandemic.

Its true these are business and commercial decisions, but they need to be managed well.

If not for welfare then at-least for a selfish reason like “Preserving your Established Brand in the Connected World.”

The Tenets of the ECC as proposed by WAF :

“ECC is an important code to be included for any FDI or JV which comes into existence’, says Anuj Guglani, CEO, WAF.

He also said,”We can either keep waiting for the proposed National franchisee protection act or move swiftly by making it more inclusive for entire eco system viz Consumers, Suppliers, Dealer, Co employees and push the govt to get an ordinance passed on it”.

“Moving the SC under article 32 is also an option as it affects so many lives and livelihoods. The SC can give directions to the Central govt to draft an ECC. It can begin from a cabinet note. It can be notified by the administrative law powers with Central and State Govt. The right intention needs to meet right Conduct and Pace”, added Anuj Guglani, CEO WAF.

“Its time for the entire industry to come together for this important initiative or else the next gen shall say that we didn’t learn a bit from the past!”