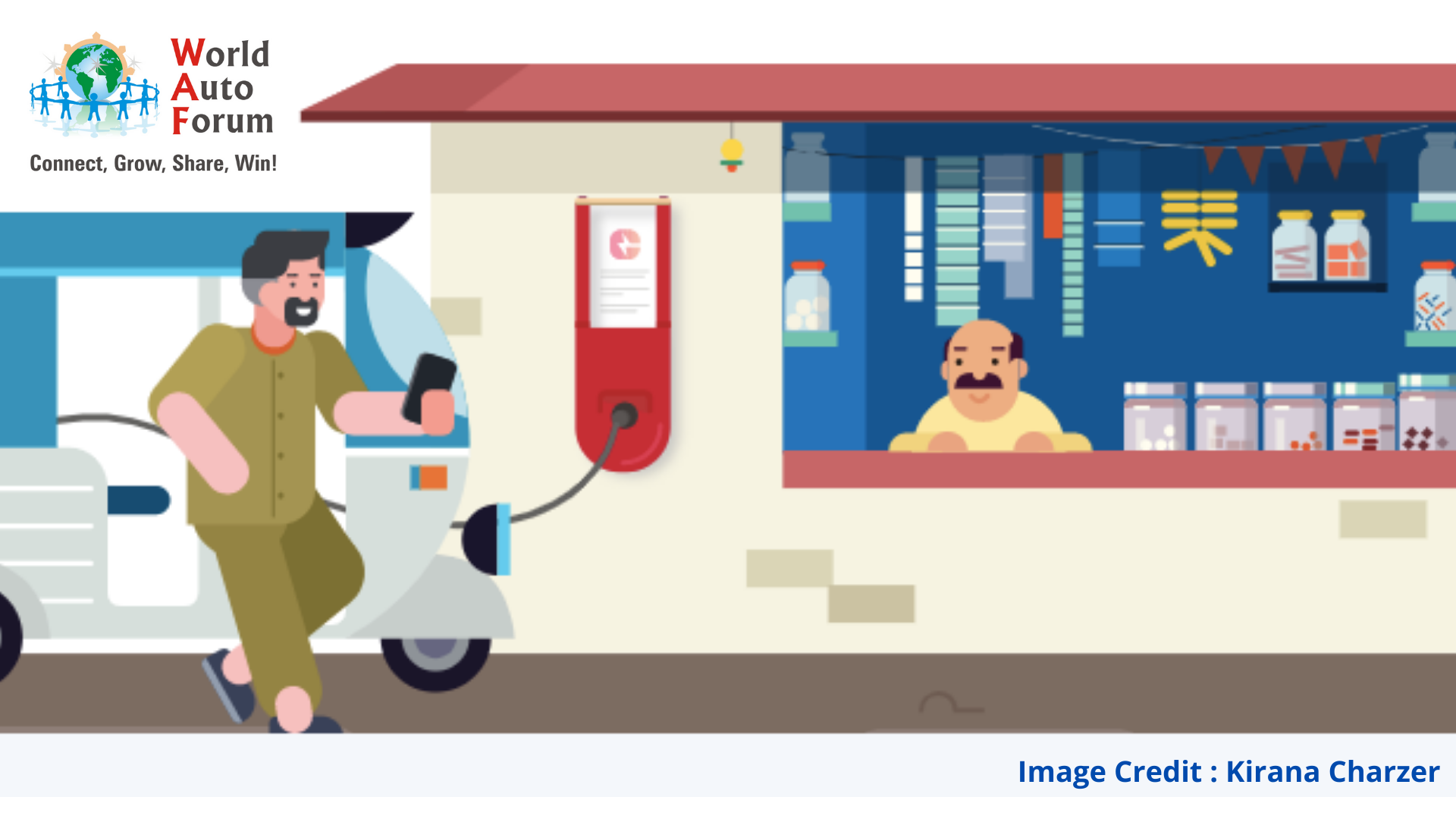 EV is a global phenomenon. Tesla became world’s most valued car maker despite being around for just a decade and with global annual sales volume under 370K. There is surely a lot of hype around EV Tech and Innovations. At the same time, it also seems the inevitable global future!

All Auto Makers have Electric Tech, Products and a future EV strategy already in place!

This could have been true for most other countries. India is an exception, as she chooses to innovate very differently, kill two birds with one stone.

The two birds being generate revenue and employment at grass root level and the other not to invest too much time and resources in doing so!

We have greater value at the bottom of the pyramid waiting to be unearthed! Here’s How…

Jugaad – Yes, you may call it but with “Respect” as it is Tech and IoT enabled!

DST, Min of Science & Tech, Govt of India and Niti Aayog are working on Standards for Electric Vehicle Charging at the Kirana Stores, Parking lots and Electric Poles! Whew!

Remember the ubiquitous STD Booths at the kirana stores during the 90’s ?

It just might be the time to have EV Charging Revolution on similar lines!

Come 2021 and we should see Kirana Stores apply for a special EV Tariff Meter connection with the Discoms. It shall be based on the ubiquitous ghar wala 16A Power socket which runs our ACs and Heaters.

Consumers get their EV to the Kirana Store and plug it in. The app identifies and validates the user, checks wallet balance and begins to charge. Once Charging is complete, the app generates a bill, similar to the one PCOs used to generate sans the Kharr Kharr Sound! The small and silent invoice printer attached via bluetooth doing the job. Everything done seamlessly from a smartphone at the Mom and Pop Store.

This solution shall be essentially targeted to Electric 2 W & 3W

Did we hear anyone whine about the Capex of an EV Charge Point ?

And how soon can they be deployed ? Probably a Million of them in just a few months !

This can be the other innovation. It’s not fast DC Charging akin to the Tesla Superchargers which might be much more expensive and even reduce battery life. Still it is fast enough when you are out of juice and have an hour or two to spare and doesn’t cost a bomb! Mid way was never bad!  What say ? ROI is the centrepiece powered by Unit Economics!

We all know the govt’s mandate to electrify the public transport first. The Local city buses can be switched to battery swapping as they run : 1. Point to Point. 2. Range is relatively lower in local routes, hence can do with smaller batteries swapped several times a day.

Now this can be a real killer app and truly revolutionise the global Motown!

Just imagine charging socket along with a smart meter at the ubiquitous Electric Pole. Can there be greater convenience ? Can there be a Faster, cheaper deployment of charging Network anywhere in the World ?

“If we pull this off in the next 3 years, we shall truly be the World Leader in EV Tech,” said Anuj Guglani, CEO WAF.

He further said, “AND when it comes to designing the Electric Pole charger system, the designers have to be mindful of the street dogs’ liquid trajectory!”

He mentioned, “That apart, make them theft proof, tamper proof, really rock solid like the furniture of the Indian Railways!”

He also said, “The Kirana Store Owners and Parking Lots Contractors just might be the most difficult critiques to please on ROI and Unit Economics. If we pass their test, we shall be truly unstoppable in the EV Revolution.”