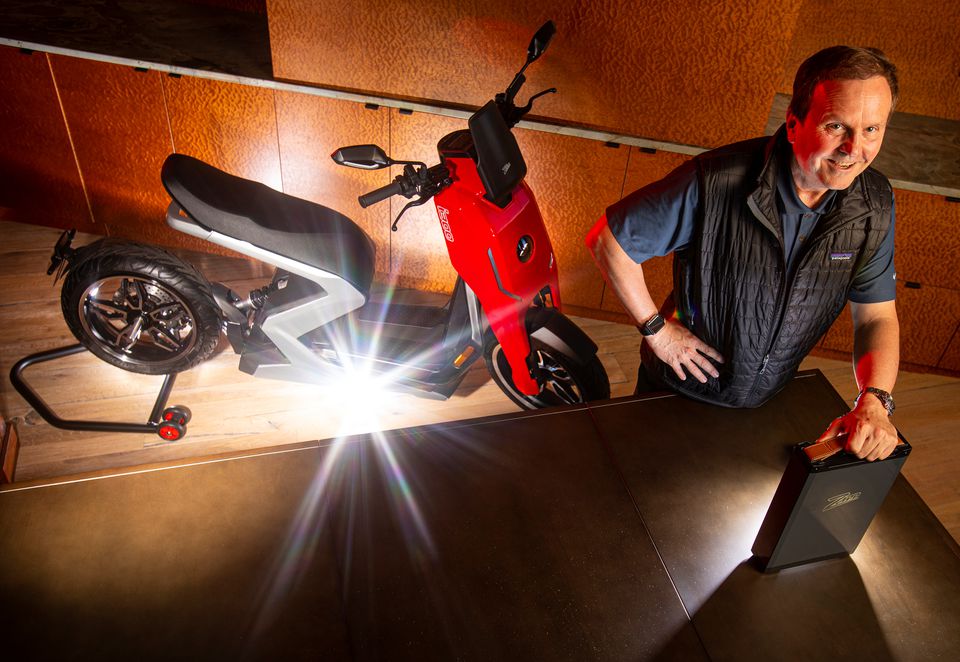 British-based Zapp Scooters plans to begin selling its new i300 electric two-wheeler this fall in Europe and early next year in the United States, the company said on Wednesday, as the electric motorbike segment grows increasingly crowded.

Founded by Thai entrepreneur Swin Chatsuwan, a former investment banker now based in the UK, four-year-old Zapp is going to market with a build-to-order business model, according Tony Posawatz, a Zapp investor and adviser who was formerly with General Motors Co (GM.N).

“This is not your father’s Vespa,” said Posawatz, who once headed GM’s Chevrolet Volt hybrid electric car program and has advised startup companies from Lucid Group Inc (LCID.O) to Inrix.

In stark contrast to the familiar, decades-old Vespa, which was made popular by “Roman Holiday,” the 1953 movie starring Audrey Hepburn and Gregory Peck, the Zapp i300 sports a post-modern design and such features as a swappable lithium-ion battery pack.

The newcomer faces stiff competition from more than two dozen companies, many of them based in China and India, the world’s two largest markets for two-wheelers. Among the more notable rivals: Taiwan-based Gogoro and China’s Niu Technologies (NIU.O).

Zapp hopes its retail model – order your vehicle online, specify its features, and have it delivered to your door – will help it cut through the competitive thicket.

The company also is planning to use authorized resellers in some markets and may sell directly to corporate customers.

Reporting by Paul Lienert in Detroit Editing by Matthew Lewis