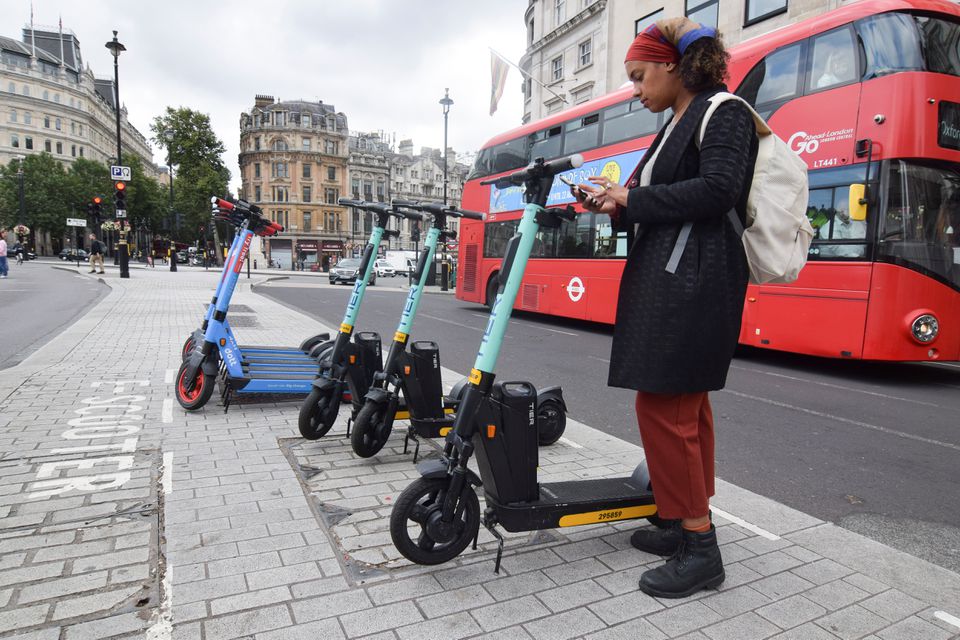 But that doesn’t mean the app-based industry is returning to the free-wheeling, pre-pandemic world where “micromobility” firms were loosely regulated and raked in money from investors.

This is forcing up costs and will push the low-margin industry towards further consolidation. Some smaller providers have already been snapped up, including Boston-based Zagster, bought by transport technology company Superpedestrian in 2020, and San Franciso-based Scoot, taken over by Bird Rides in 2019.

“It really takes scale to get the economics to work,” says Travis VanderZanden, CEO of Santa Monica-based Bird, which is due to go public via a merger with special purpose acquisition company (SPAC) Switchback II Corp . “So I think we’re going to see some of the smaller players fall by the wayside.”

Bird is a global player that expects revenue to double in 2021 from a pandemic-hit 2020, and then double again to $400 million in 2022. That is still small compared to a car-based ride hailing company such as Uber (UBER.N), which had gross revenues of $4.1 billion in 2019.

Bird’s planned merger – which will go to a Switchback II shareholder vote on Nov. 2 – values the company at $2.3 billion, about 20% below its January 2020 price tag, according to startup data platform PitchBook. Lime, also a global player, saw its valuation fall nearly 80% during a June 2020 funding round from one less than a year earlier.

While the pandemic battered valuations at the top, an analysis by Reuters found it also cut off funding for many smaller e-scooter providers.

“A lot of companies raced to the bottom in order to get market share,” she said.

Vehicles were dumped on streets from Detroit to Paris, and the term “scooter blight” was born.

Copenhagen temporarily ejected all scooter providers earlier this year while it rewrites its regulations.

Some U.S. cities, including Columbia, Missouri, and Winston-Salem in North Carolina, have allowed e-scooter providers to return with more oversight after expelling them.

“This has become a game of slim margins and scaling up,” said Voi’s Hjelm. “And it’s far better to have fewer operators with greater density.”

Britain has launched trial projects for e-scooter providers in certain cities – but with speed restrictions, and users must have a driver’s licence.

“We’re determined to make sure safety is at the core of our trial and that it works for everyone,” said Helen Sharp, head of Transport for London’s e-scooter trial for three operators: Lime, Tier and Dott.

“You might just be able to push it, but it wouldn’t be easy,” said Tier’s UK and Ireland head of cities, Georgia Yexley.

But better scooters and software drive up costs.

“That costs a lot, not just the scooter, but the parts and skilled labour to service them,” Jones said. “If you don’t get that right, the economics won’t work.”

Ensuring they do is key for funding.

Silicon Valley venture capital firm Autotech Ventures avoided micromobility firms until this year when it bought into Chicago’s Veo and another unidentified firm.

“Veo has taken a disciplined approach to growth, achieving impressive unit economics and much higher profitability than virtually all of its peers,” said AutoTech Ventures managing director Dan Hoffer.

According to PitchBook, in the first half of 2021 venture capital deal activity in the micromobility sector fell to $1.4 billion from $4.6 billion in the same period in 2020.

Another problem for would-be e-scooter providers is insurers see e-scooters as inherently more dangerous than bikes or cars.

“Riders are particularly vulnerable, more so than cyclists,” said Martin Smith, technical claims manager for motor at Aviva (AV.L), a large UK insurer that does not cover e-scooters.

Regular motor insurers such as AXA UK (AXAF.PA), Admiral (ADML.L) and Unipolsai (US.MI) also avoid e-scooter providers, leaving them to specialist players, such as Zego. Bird CEO VanderZanden said to get lower insurance rates it uses data from the 300 cities it operates in globally, highlighting the benefits of scale.

It has also added physical safety features like a double brake and developed software to boot irresponsible riders off its service – all running on its own operating system.

“Having amazing vehicles is one thing,” VanderZanden said. “But you need data to show insurance companies to make this work.”
Additional reporting by Paul Leinert in Detroit, Andrea Mandalà in Milan and Muvija M. in Bengaluru Editing by Joe White and Mark Potter
Source : Reuters