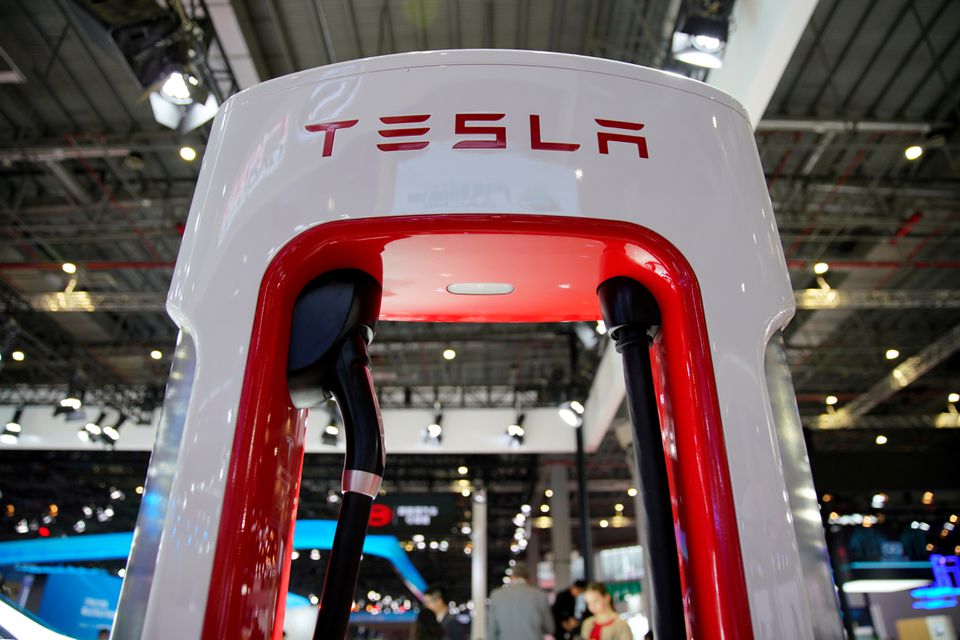 Tesla Inc (TSLA.O) has weathered the pandemic and supply chain crisis better than many of its rivals, achieving record deliveries last quarter. But Chief Executive Elon Musk faces pressure to deliver on breakthrough batteries and new factories and models, which are late.

Those questions, demand in China and the financial effect of a Bitcoin sell-off will be high on investors’ minds when the electric vehicle company publishes results Monday.

Last September, Musk announced an ambitious plan to produce its own battery cells with a new design and manufacturing process.

The larger, simpler-to-make batteries, in theory would have higher energy density and would extend ranges of current vehicles and let Tesla offer a $25,000 car in three years, sharpening its technology edge as rivals flood the market with EVs.

But Musk last month pushed back the debut of 4680s by cancelling the longest-range Model S Plaid+, which he had said would use the cells, sparking concern. He has said 4680s would go into volume production next year and would be used in the Model Y from the Texas factory under construction.

One of the persons said Tesla will initially use batteries made at Tesla’s pilot production line in California, adding that they are being tested in prototype vehicles.

Tesla is also closely working with Panasonic (6752.T) to develop 4680 cells, he said. LG, another Tesla supplier, is working to produce 4680 battery cells for Tesla by 2023, Reuters reported earlier.

But it is not clear when Tesla will be able to mass-produce the new batteries in Texas and Berlin, and it will be able to achieve all of the ambitious goals for batteries, industry officials said.

“It has required an *immense* amount of engineering to take Maxwell’s proof-of-concept to high-quality, volume production & we’re still not quite done,” Musk said, referring to its dry battery electrode manufacturing process it is developing after acquiring Maxwell.

Tesla was not available for comments.

While rivals with larger production have regularly paused production over supply problems, Tesla has largely kept factories moving. It also cut some features and raised car prices, including a $4,000 hike of the long-range Model Y to $53,990 from April to late July.

The move came as Tesla is bracing for a hit from its bitcoin investments and falling sales of environmental credits to other carmakers, income sources that the company relies on to post quarterly profits.

Tesla accelerated plans to drop a radar sensor from its driver assistance system because of a chip shortage, a person familiar with the matter said, and dropped adjustable lumbar support from its passenger seat. “Not worth cost/mass for everyone when almost never used,” Musk tweeted.

“I just don’t see any huge catalyst, like, oh, they’re gonna blow out their numbers this quarter,” Gerber said. “We are much more bullish for Q3 than Q2,” said Gerber, expecting Tesla to ramp up production of the higher-margin Model S Plaid.

Shortly after the June launch, one of the high-end models burst into flames while the owner was driving.

Tesla sales in China slumped in April amid negative publicity from consumer complaints, quality issues and regulatory pressure. Its sales rebounded in May and June, as Tesla launches quarter-end promotion campaign like loan offers, according to advertisements at showrooms.

The automaker also this month introduced a cheaper version of the Model Y in China.

“China is the linchpin to the bull thesis,” Tesla bull and Wedbush Securities analyst Daniel Ives said. “You need to see a ramp in the second half of the year,” he said.

Additional reporting by Yilei Sun in SHANGHAI and Akanksha Rana in BANGALORE, Editing By Peter Henderson and Nick Zieminski