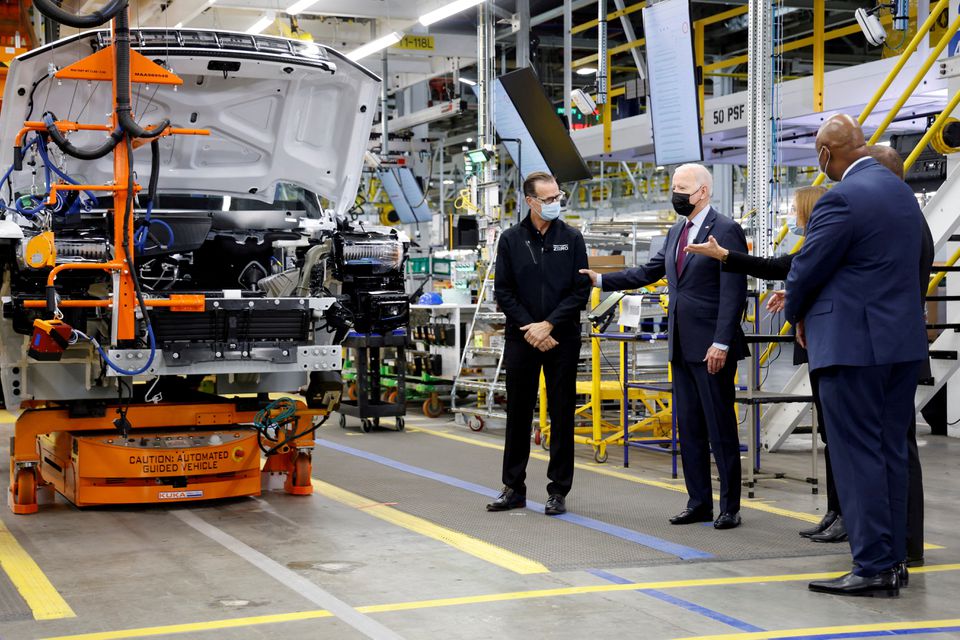 That cash, generated from combustion models, will fund $11 billion to $13 billion in annual capital spending through 2025, GM said.

Barra has driven a long-running effort to convince investors that the Detroit automaker can be a growth company, reversing years of market share decline and retreat from unprofitable businesses.

So far, Wall Street has not gotten on board. GM shares trade at 6.5 times earnings, only slightly ahead of Detroit rival Ford Motor Co’s (F.N) multiple. EV leader Tesla (TSLA.O) trades at nearly 60 times earnings, even through its share price is down 47% for the year.

The automaker’s shares were down slightly as executives outlined the company’s strategy and showed investors images of future cars and trucks, including an electric large Cadillac SUV similar to the current Escalade.

Barra said GM’s new electric vehicles could be profitable by 2025, and that federal subsidies offered by the Inflation Reduction Act could boost EV profit margins toward “ICE-like margins.”

GM’s profitability has lagged the benchmark set by Tesla. The electric vehicle company reported 17% pre-tax margins for the third quarter.

One way GM will try to narrow the profit gap is to use digital retailing and a revamped retail distribution system to cut $2,000 a vehicle from the costs of delivering vehicles to customers, Reuss told investors.

“Do not bet against this company,” Reuss told investors after outlining a lengthy list of new electric and combustion models planned for the next two years.

GM forecast overall revenues will grow by 12% a year to more than $225 billion by 2025. That growth will be driven by new EV models, the expansion of the BrightDrop commercial vehicle business, software-driven revenues and the Cruise robo-taxi business, the company said.