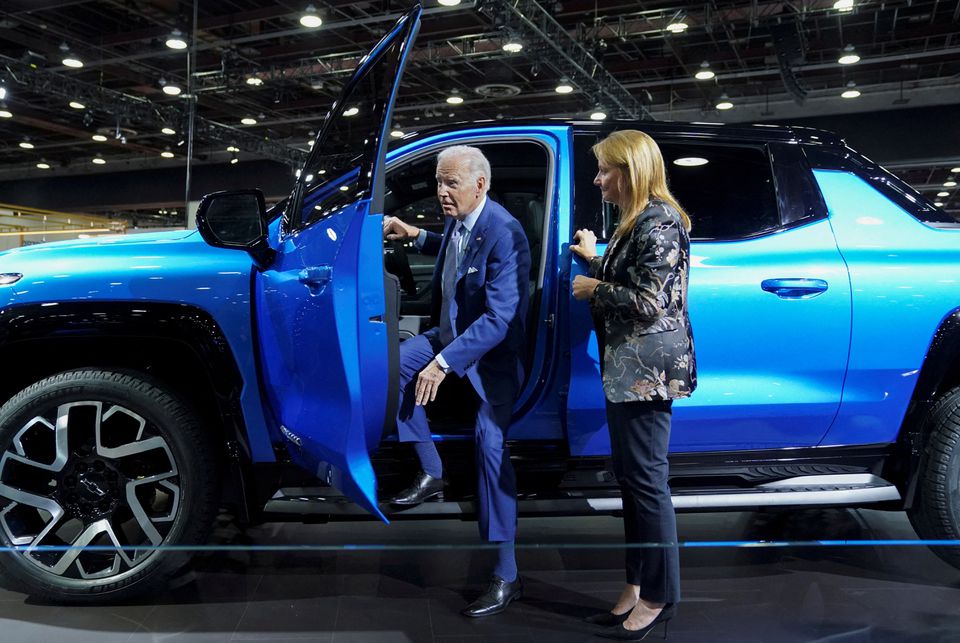 DETROIT, Oct 11 (Reuters) – General Motors Co (GM.N) is expanding beyond car making, with plans to offer energy storage and management services to residential and commercial customers through its new GM Energy unit in a move that puts it in even greater competition with Tesla Inc (TSLA.O).

“We’re getting into the entire ecosystem of energy management,” GM executive Travis Hester said in an interview.

“Our competition in this space on the (automaker) side is really only Tesla, which is a strong energy management company,” added Hester, who heads EV Growth Operations. “There are a lot of analogies you can draw with Tesla.”

Hester said GM sees a total addressable market of $120 billion to $150 billion in energy storage and management. He declined to provide a revenue projection for GM Energy.

The Ultium Home service will offer stationary wall boxes, similar to Tesla’s Powerwall units, with sales and installation scheduled to start in late 2023, timed to the launch of the first Chevrolet Silverado EV trucks aimed at private customers.

As Ford Motor Co (F.N) does with its F-150 Lightning, the Silverado EV will have bi-directional capability, which means it will be able to feed electricity back into the home during a power outage.

GM’s commercial service will offer similar capability to businesses, through larger stationary storage units as well as microgrids connected to hydrogen fuel cells developed by the automaker. Businesses in turn will be able to sell energy back to utilities during peak power consumption periods.

“This is a new space for us,” Hester said. “We have core competencies in vehicles and batteries, in cell chemistry and scale manufacturing. Put that together with our expertise in fuel cells, our dealer network, what we’ve been doing with OnStar and connectivity, and it seems like an obvious step for us.”

Reporting by Paul Lienert in Detroit Editing by Marguerita Choy