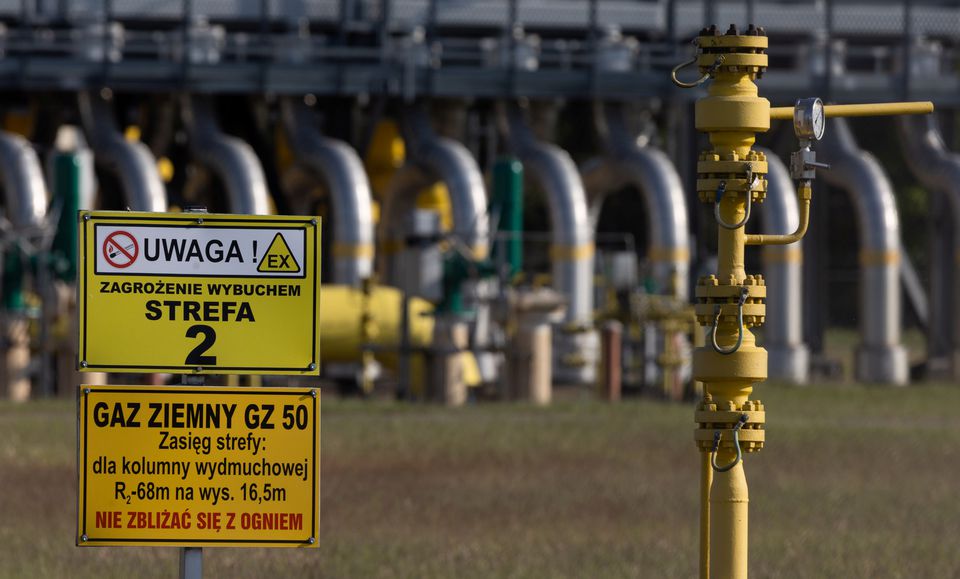 Russia cut flows on the pipeline to only 20% of capacity on July 27, citing maintenance work.

Eastbound gas flows via the Yamal-Europe pipeline to Poland from Germany were also stable, data from operator Gascade showed.

Exit flows at the Mallnow metering point on the German border were 2,520,133 kWh/h, little changed from midnight.

Nominations for Russian gas flows into Slovakia from Ukraine via the Velke Kapusany border point were around 36.4 million cubic metres (mcm) per day, little changed from the previous day, data from the Ukrainian system operator showed.

Russia’s Gazprom (GAZP.MM) said it would ship 41.9 mcm of gas to Europe through Ukraine via the Sudzha entry point on Monday, down from 40.9 mcm on Sunday.