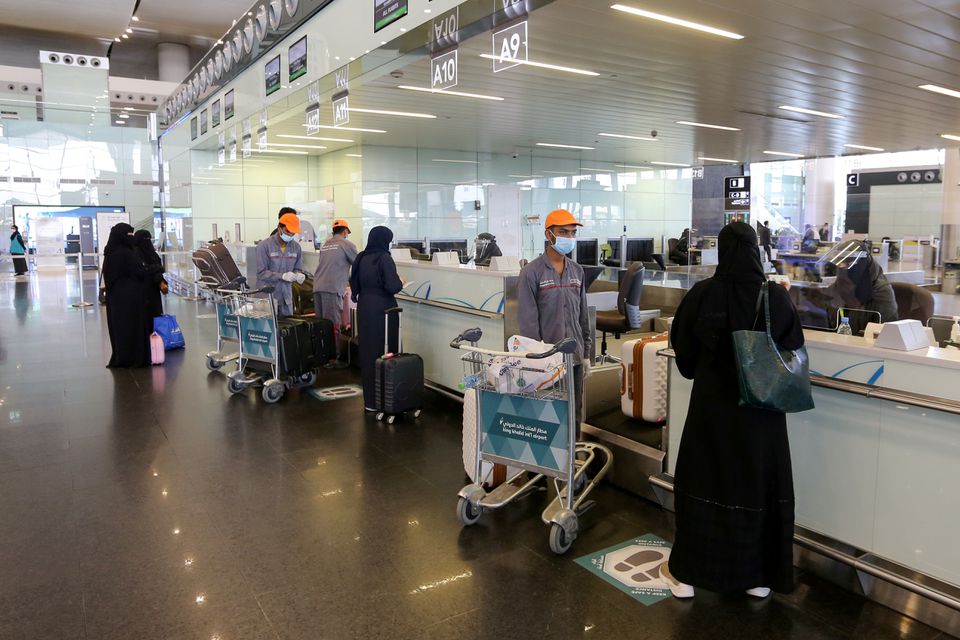 DUBAI, July 5 (Reuters) – Saudi Arabia will invest over 500 billion riyals ($133.34 billion) in airports, sea ports, rail and other infrastructure by the end of the decade in a bid to make the kingdom a global transportation and logistics hub, its transport minister said on Monday.

Minister of Transport and Logistic Services Saleh bin Nasser al-Jasser said at an event in Saudi Arabia that the strategy included many mega projects, with over 500 billion riyals earmarked for investment.

The strategy is the latest economic policy to put Riyadh in competition with the United Arab Emirates, the region’s business, trade and tourism hub.

Saudi Arabia plans to increase the number of international aviation routes from 99 to over 250 and more than triple total annual passenger traffic from 103 million in 2019 to 330 million by 2030, Abdulaziz Al-Duauilj, the head of the aviation authority, said at the same event.

The kingdom’s international network is currently significantly smaller than that of neighbouring smaller states the UAE or Qatar, which are both large air transit hubs.

He also said the kingdom was aiming to become a global air freight logistics hub, handling 4.5 million tonnes of air cargo a year, up from 900,000 in 2019.

Saudi Arabia earlier announced a new national carrier would be launched as part of the strategy, which aims to make the kingdom the fifth biggest global air passenger transit hub.

Saudi Arabia’s other airlines, like state-owned Saudia and its low cost subsidiary flyadeal, mostly operate domestic services and point-to-point flights to and from the country of 35 million people.

(This story corrects number of passengers in 2019 to 103 million, not 109 million, in fifth paragraph)

Reporting by Marwa Rashad in London and Alexander Cornwell in Dubai; Editing by Catherine Evans and Sonya Hepinstall