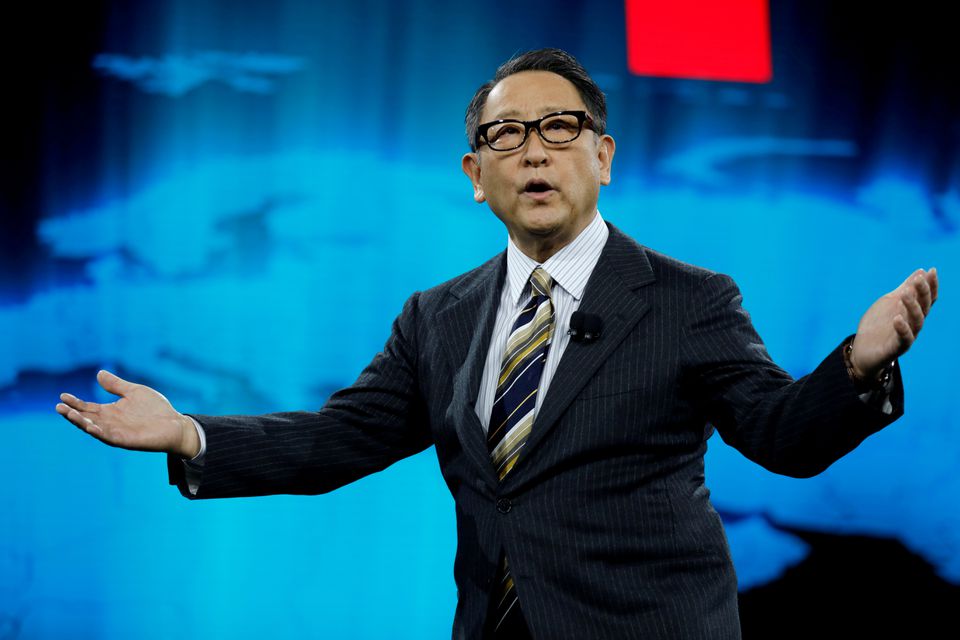 TOKYO, Nov 18 (Reuters) – The Japanese automotive lobby said on Thursday it has chosen Toyota President Akio Toyoda to serve a rare third term as its chairman to lead the industry through a time of seismic change and zero-emission challenges.

Toyoda, a member of Toyota Motor Corp’s (7203.T) founding family, has served as the head of the Japan Automobile Manufacturers Association since 2018. Most past chairpersons have served a single two-year term.

“I accepted the role after receiving views that (the industry) needs continuity … to overcome this difficult stage,” Toyoda told an online news conference.

With governments around the world tightening emissions regulations to rein in global warming, the auto industry is under pressure to transition to zero emissions but there is disagreement over how to get there.

Toyota declined to join that group, arguing that much of the world is not ready for a shift to EVs. Another notable absence was Germany’s Volkswagen (VOWG_p.DE).

While some brands have announced plans to go all-electric in the coming years, Toyota has pushed for a mix of technologies including hydrogen and plug-in hybrids as the most practical approach.
Reporting by Maki Shiraki, Writing by Kantaro Komiya Editing by Chang-Ran Kim and Lincoln Feast
Source : Reuters