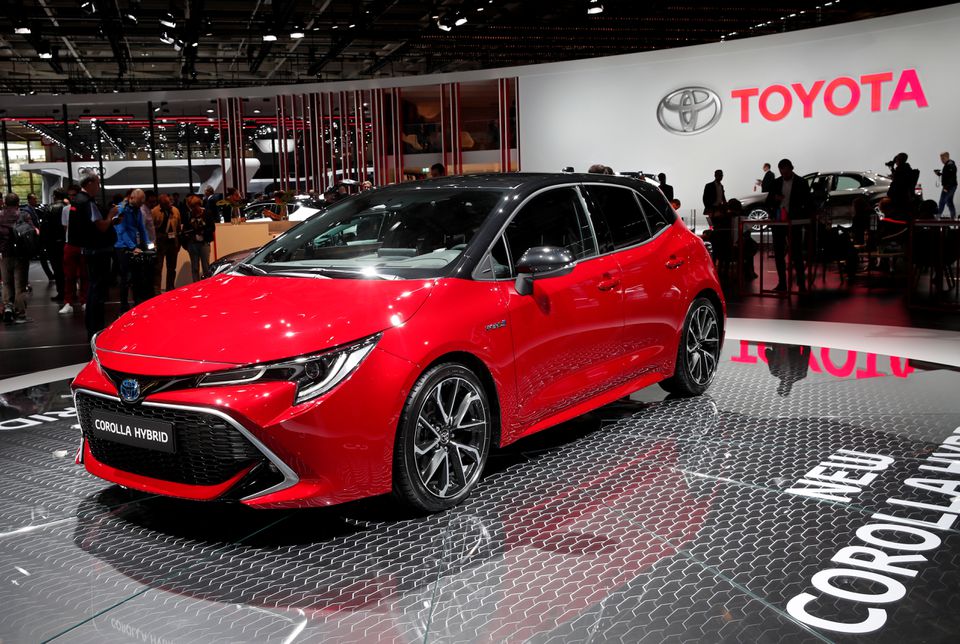 TOKYO, July 28 (Reuters) – Toyota Motor’s production for the April-June quarter fell around 10% short of its initial plan, but the automaker struck a more optimistic note for its business from August onwards as China’s COVID-19 lockdowns eased and demand outside Japan was resilient.

The world’s largest automaker by sales said on Thursday that output and sales were on the path to recovery, raising hopes it will still be able to reach its record 9.7 million global vehicle production target for the year ending March 2023.

“We do expect a recovery trend, including in Japan, but we are still in a situation where we cannot foresee the future,” a spokesperson said, pointing to wariness over risks such as lingering global chip shortages, a COVID-19 resurgence that is hitting Japan and high fuel prices that could make consumers more cautious about spending.

Toyota said it had produced 793,378 vehicles globally in June, which was slightly above a target of 750,000 it had cut twice and down 4.6% from the same month last year.

“The entire industry and all the Japanese auto manufacturers in April and May were in a state of disarray,” said Koichi Sugimoto, an analyst at the Mitsubishi UFJ Securities. “It’s getting better with each passing month.”

Toyota said its overseas production hit record levels for both June as well as the first six months of the calendar year, with 587,005 units and more than 3 million units, respectively.

Although the global chips shortage is an unresolved issue, areas such as Europe where it uses fewer chips for vehicle components were less susceptible to the effect, boosting production by 12.4% for June year-on-year.

On the other hand, Toyota’s domestic and North American factories were hit harder by the semiconductor shortage, since they make cutting-edge vehicles, such as its luxury brand Lexus, that use more chips.

An easing of lockdowns in Shanghai also helped production in China rise 42% for June. Other Asian countries also saw production bouncing back from the pandemic.

Although Sugimoto said he does not expect a dramatic improvement in the semiconductor shortage, there will be some gradual improvement, calling Toyota’s 9.7 million vehicle target for the current fiscal year “not an impossible number” to achieve.

Toyota has called the April-June quarter an “intentional cooling off” period to ease the burden on its suppliers by notifying them of changes to production plans as early as possible.

It first cut the June production target in late May, blaming the lockdown, and then again in mid-June, citing a COVID-19 outbreak at one supplier and a production equipment defect at another.

On Thursday it said it would cut domestic production in July by an additional 200 vehicles, to 4,200 vehicles, after heavy rain disrupted part supplies.