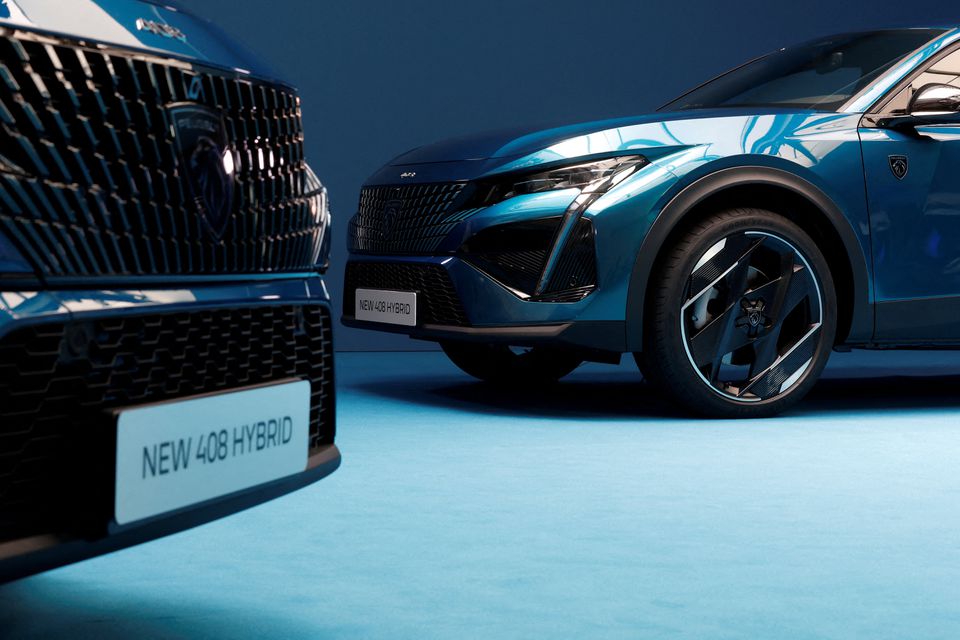 MILAN, July 28 (Reuters) – Strong pricing power and sales of high margin vehicles including electrified ones helped Stellantis (STLA.MI) post record results in the first half of the year despite headwinds from energy and raw material inflation and semiconductor scarcity.

“We are ahead of Tesla in Europe in electric vehicle sales, and not far from Volkswagen,” Chief Financial Officer Richard Palmer said on Thursday presenting results, which saw a 44% operating income rise in the January-June period, on a pro-forma basis.

The world’s fourth largest carmaker said its adjusted earnings before interest and tax (EBIT) amounted to 12.4 billion euros ($12.7 billion) in the first half, topping analyst expectations of 9.42 billion euros in a Reuters poll.

Net pricing accounted for over 5.8 billion euros of the overall operating income in the first half, Stellantis said in slides prepared for its earnings presentation.

Milan-listed shares were up 3.2% at the opening for Stellantis, the company formed at the beginning of 2021 through the merger of Fiat Chrysler and Peugeot maker PSA.

Palmer said that the group, though its range of premium vehicles, was well placed to cope with the global rise in inflation.

“We will look to pass rising inflation costs to customers on the market until feasible,” he said.

The margin on adjusted EBIT rose to 14.1% from 11.4% a year earlier, with a double-digit result for all of the group’s five regions and a record 18.1% in North America, where Stellantis made almost half of its sales in the six months.

Palmer however remained cautious regarding a solution to the semiconductor shortage affecting the sector, saying the issue will persist for the rest of this year.

“We see some improvements quarter by quarter, but it’s a slow process,” he said.

Stellantis confirmed its full-year forecasts for a double digit operating income margin and for a positive cash flow.

Going into the second half of the year, Palmer said he saw “quite flat” volumes in Europe and North America but did not see significant drops, even in the event of global recession.