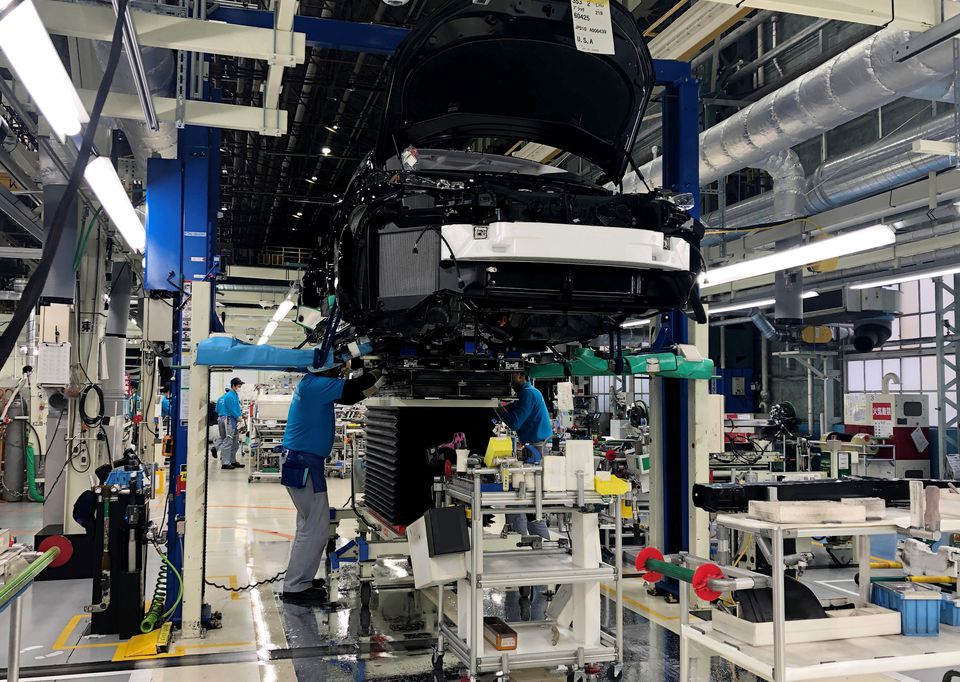 TOKYO, July 27 (Reuters) – Toyota Motor Corp (7203.T) will cut domestic production by around 4,000 vehicles in July, it said on Wednesday, after heavy rain disrupted parts supplies, raising the possibility it could fall short of its global target for the month.

Heavy rains, especially in its home prefecture of Aichi in central Japan, impacted procurement of parts and will force it to stop production at a total of three lines in two domestic factories, Toyota said in a statement.

A Toyota spokesperson said the temporary halt would likely make it difficult for it to reach its global production target of around 800,000 vehicles for July. Toyota has struggled to meet its global production goals in recent months, hit by shortages of semiconductors and the impact of COVID-19-related lockdowns in China.

The latest stoppages start from the night shift on Wednesday at one line and are due to start tomorrow at the other two and will run until Friday, the carmaker said. One of the lines is at its Takaoka factory that produces the Harrier and RAV4 sports utility vehicles.

The other two are at a Toyota Industries Corporation factory that also produces the RAV4, including a plug-in hybrid version.

Toyota recently said it stopped taking orders for the current model of the Harrier as it has struggled to keep up with demand amid shortages.

The automaker is under increasing scrutiny over whether it will need to slash its forecast to produce a record 9.7 million vehicles globally in the year to March 2023.

It is due to release June production numbers on Thursday.