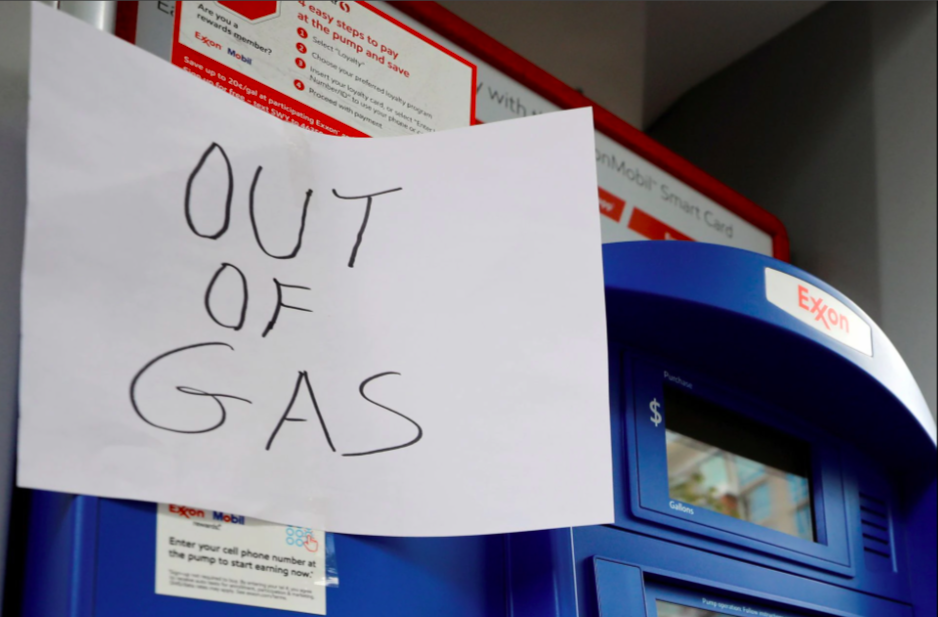 U.S. retail gasoline prices hit seven-year highs on Monday and many filling stations in the Southeast were still without fuel, as the region slowly recovers from a cyberattack on the nation’s largest fuel pipeline.

Last week’s closure of Colonial Pipeline’s 5,500-mile (8,900-km) system was the most disruptive cyberattack on record, preventing millions of barrels of gasoline, diesel and jet fuel from flowing to the East Coast from the Gulf Coast. That alarmed drivers, who took to gas stations to fill tanks and jerry cans.

The closure came just ahead of the Memorial Day holiday weekend at the end of May, the traditional start of peak-demand summer driving season.

The Southeast bore the brunt of the outage, as the region is almost entirely without refineries. Panic buying caused 90% of fuel stations in Washington, D.C. to run out; as of Monday, that figure had dropped to 69%. Outages in North Carolina fell to just over 50%, while outages in South Carolina, Georgia and Virginia were under 50%, GasBuddy said.

The national gas price on Monday rose to $3.045 a gallon, the highest since October 2014, according to data from the American Automobile Association.

“The Southeast will continue to experience tight supply this week as terminals and gas stations are refueled,” said AAA spokesperson Jeanette McGee. “Over the weekend, gas prices started to stabilize, but are expected to fluctuate in the lead up to Memorial Day weekend.”

North Carolina saw an average price increase of 20 cents per gallon from the previous week, according to tracking firm GasBuddy on Monday.

South Carolina, Virginia and Georgia all saw price increases of just under 20 cents per gallon.

Some drivers in the region canceled trips to avoid using their gas supply. Traffic congestion in cities such as Richmond, Virginia; Atlanta; Greenville, South Carolina; and Charlotte and Raleigh, North Carolina fell last week from the week prior, according to Carol Hansen at location technology company TomTom.

Alpharetta, Georgia-based Colonial is currently shipping at normal rates, though it will take some time for the supply chain to fully catch up, Colonial spokesman Eric Abercrombie said in an email over the weekend.

The company began resuming its regular nomination process on Monday to allocate capacity to companies that use the line.

Websites tied to two other ransomware groups not connected to the Colonial hack also were unreachable in a likely retreat amid the hunt for perpetrators, Allan Liska, a researcher with cybersecurity firm Recorded Future, said on Sunday.