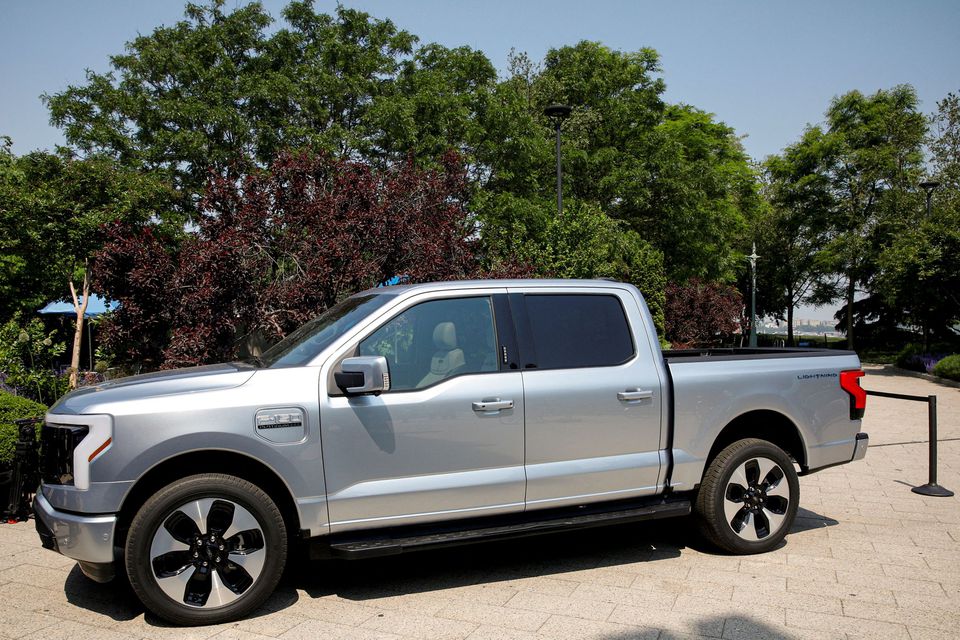 Ford’s stock jumped more than 11% to its highest level since 2001 after the Detroit automaker said it will nearly double production capacity for its red-hot F-150 Lightning electric pickup to 150,000 vehicles. It said the model has already attracted nearly 200,000 reservations ahead of its arrival this spring at U.S. dealers.

GM rallied 7.3% a day ahead of its public debut of the Chevrolet Silverado electric pickup, which is slated to go on sale in early 2023. GM CEO Mary Barra is set to unveil the Silverado EV at the Consumer Electronics Show in Las Vegas. Tesla’s (TSLA.O) announcement on Sunday that it delivered 308,600 vehicles in the fourth quarter, crushing analysts’ forecasts of 263,026, also heightened excitement about electric vehicles, one of the hottest investment themes on Wall Street. Tesla shares climbed more than 13% on Monday, but gave back 4.4% on Tuesday.

Not all of Wall Street’s EV makers got a lift on Tuesday. Rivian (RIVN.O) dipped 0.8%, leaving its gain since its initial public offering in November at 31%. Lucid Group (LCID.O) lost 4%, while Nio (NIO.N) dipped 5%.

The rally in GM shares came even after Japanese automaker Toyota Motor Corp (7203.T) released data showing it outsold GM in the United States in 2021, marking the first time the Detroit automaker has not led U.S. auto sales for a full year since 1931.