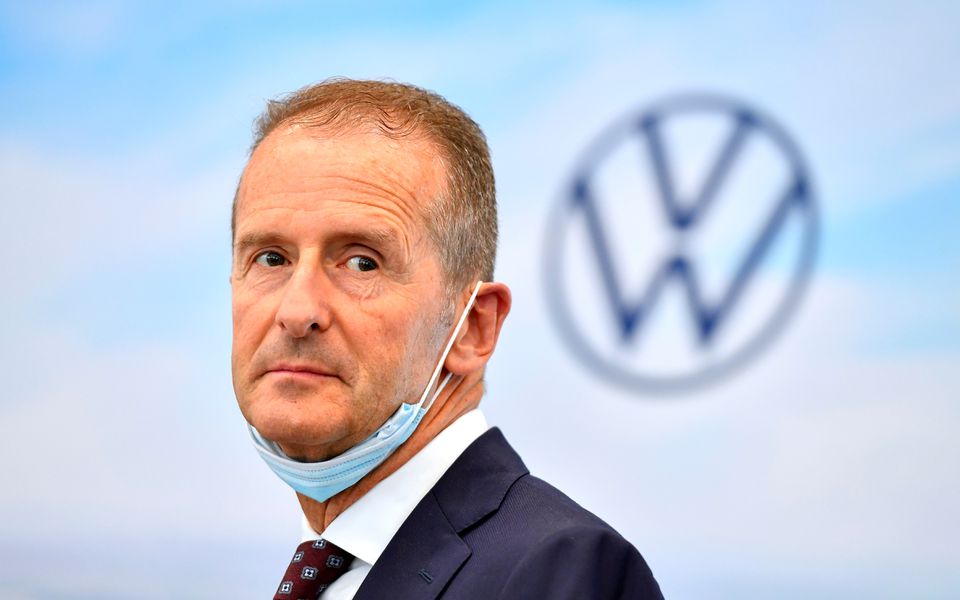 BERLIN, May (Reuters) – Volkswagen (VOWG_p.DE) expects its electric vehicle business to be as profitable as its fossil fuel-burning cars sooner than planned, its chief executive Herbert Diess said on Thursday.

Volkswagen previously expected to match its profit margins from combustion engine vehicles with electric vehicle sales in two to three years, but the carmaker was in a robust financial position to do so sooner, Diess said, despite a challenging economic environment.

“We expect that the e-mobility business will be as profitable as the combustion engine business earlier than planned,” Diess said, speaking alongside the rest of the board at the carmaker’s annual shareholder meeting.

“Through good crisis management, we are financially robust and have strengthened our resilience.”

Diess intends for Volkswagen to overtake Tesla (TSLA.O) and become the world’s number-one electric carmaker by 2025, building on its bigger product offering covering luxury and premium cars and volume brands.

Volkswagen delivered some 452,000 battery-electric vehicles globally last year and aims for half of its global output to be all-electric by 2030. It plans to build 800,000 fully electric cars worldwide this year and 1.3 million in 2023, it said on Thursday.

Diess also said he thought the timing was ideal for an initial public offering (IPO) of sports carmaker Porsche, which is planned for the fourth quarter of this year.

A final decision on whether Porsche would enter Formula 1 was still outstanding, the sports carmaker’s chief Oliver Blume said.

Volkswagen said in April that it and the Porsche and Audi brands were open to entering the international racing class, but Diess said last week there were some divisions among the board but that the brands had ultimately made the case for the move. read more