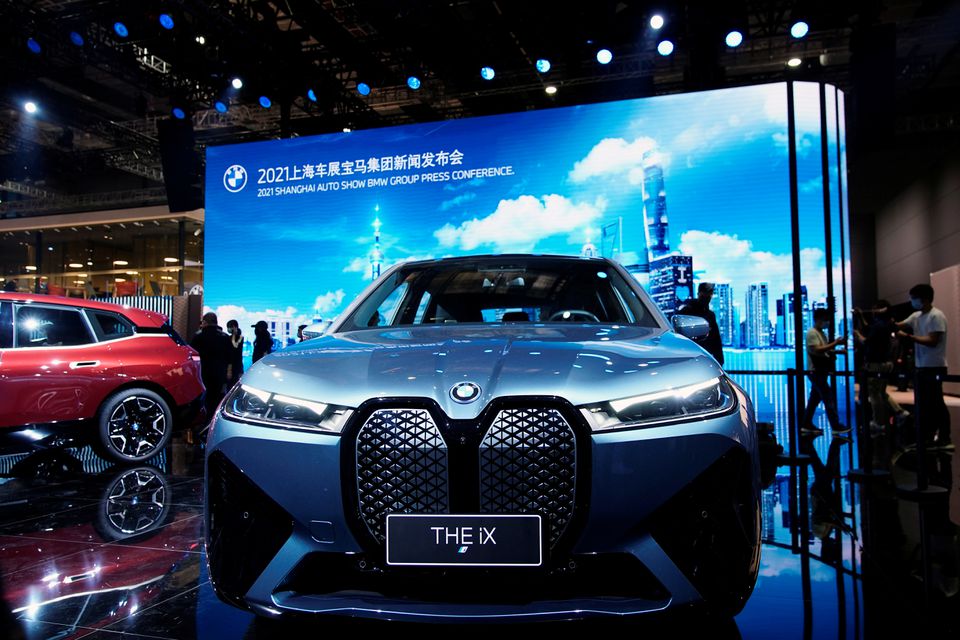 SHANGHAI, June 23 (Reuters) – Germany’s BMW (BMWG.DE) said on Thursday that production has formally begun at a new plant in China with an investment of 15 billion yuan ($2.24 billion) as the carmaker accelerates electric vehicle (EV) production.

The Lydia plant, BMW’s third car assembly facility in China, located in the northeastern city of Shenyang, Liaoning province, will increase BMW’s annual output in the world’s biggest auto market to 830,000 vehicles from 700,000 in 2021, the company said.

The plant is designed to be capable of producing battery-powered electric cars only according to market demand on its flexible manufacturing lines, BMW said.

The first model that will roll off the Lydia plant’s production lines is the i3, a pure electric mid-sized sports sedan, BMW said, increasing the range of its EV models for Chinese customers to 13 next year.

Tesla (TSLA.O) and Chinese automakers such as BYD dominate the booming EV market in China, with sales more than doubling from a year ago. Meanwhile kings of the internal combustion engine age such as General Motors (GM.N) and Volkswagen (VOWG_p.DE) are falling behind.

Nearly a quarter of the cars sold in China in the first five months of this year were powered by batteries, according to data from China Association of Automotive Manufactures.

Meanwhile BMW sold 208,507 vehicles in China, its biggest market, in the first quarter, marking a 9.2% drop from a year ago, according to a company filing.