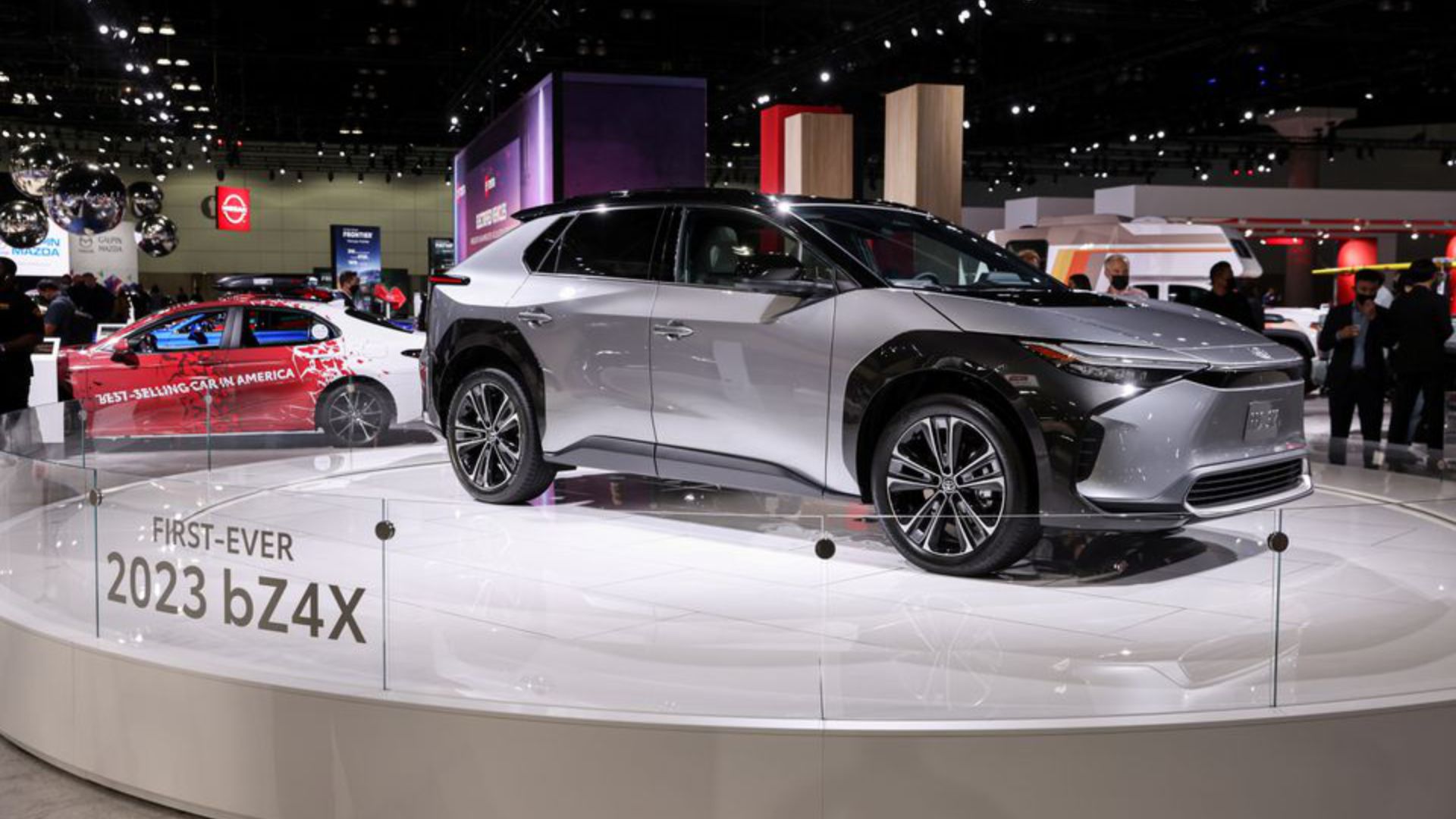 TOKYO, Oct 6 (Reuters) – Toyota Motor Corp said it would restart production of its first electric vehicle, the bZ4X, on Thursday after fixing potential safety problems that had halted sales of the new battery-powered model for more than three months.

Japan’s largest automaker, a laggard in the EV market, recalled 2,700 bZ4Xs globally in June after discovering that there was a risk the car’s wheels could come loose.

Subaru Corp (7270.T), a fifth owned by Toyota, also had to recall units of the related Solterra model that it jointly developed with Toyota.

A recall notice submitted to Japan’s transport ministry by Toyota in June said that sharp turns and sudden braking could cause a hub bolt to loosen, raising the risk of a wheel coming off the vehicle.

The automaker on Thursday said in a filing to the ministry that it would make sure hub bolts were replaced and properly tightened in new versions of the bZ4X.

In addition, Toyota said it had identified and fixed a potential problem with airbags in the car. Some airbags had been improperly installed at the factory and were at risk to fail or cause injury because of the placement of a strap inside the airbag assembly.

Toyota had not previously disclosed that problem.

Masahiko Maeda, Toyota’s chief technology officer, told a briefing the automaker only became aware of the airbag issue in the last month or two.

“We apologise again for the concern, anxiety, and inconvenience we have caused to our customers, our dealers and our stakeholders,” Maeda said.

He declined to comment on how much the recall had cost.

Toyota has faced criticism from environmental groups and investors who want the company to expand faster into battery EVs. Toyota has pushed back, saying it needs to offer car choices to suit different markets and customers.

Hybrids such as the Prius remain far more popular in Toyota’s home market. Pure battery-electric vehicles accounted for just 1% of the passenger cars sold in Japan last year, according to industry data.

The bZ4X is available for lease only in Japan – a service which will resume on Oct. 26, Maeda said. He did not specify when U.S. sales would recommence.

Only 232 units of crossover, pitched as Toyota’s answer to Tesla’s (TSLA.O) Model Y and the Volkswagen’s (VOWG_p.DE) ID.4, have been sold this year in the United States.

Last year, the Japanese automaker committed about $30 billion to develop battery electric vehicles. It expects the company’s annual sales of such cars to reach only 3.5 million vehicles by the end of the decade, about one-third of current annual sales of its gasoline-powered cars.