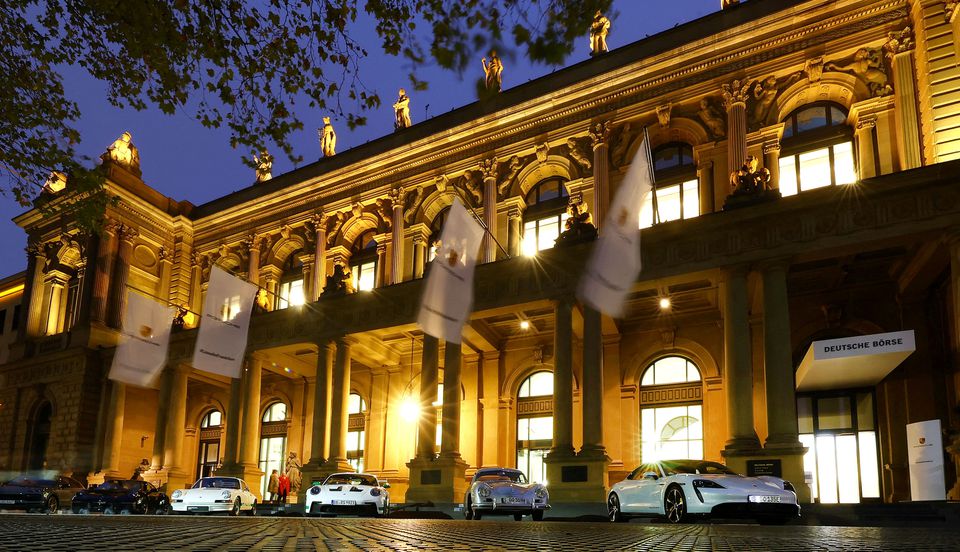 Although Porsche shares had fallen below its listing price on Monday to 81 euros, in line with a wider fall in markets, they rose to 93 euros ($91.95) earlier on Thursday, giving the sportscar brand a market valuation of 85 billion euros.

They later eased to 91.04 euros by 1308 GMT but the company’s valuation was still well above that of Volkswagen at just under 84 billion euros.

Porsche’s share price regained momentum after investment banks involved in its flotation had purchased almost 3.8 million shares for 312.8 million euros as part of the so-called greenshoe option, designed to support a listing.

Volkswagen is valued at 77.7 billion euros with Mercedes-Benz third among European carmakers with a 57.2 billion euro valuation, followed by BMW (BMWG.DE) at 47.5 billion euros and Stellantis (STLA.MI) at 39.7 billion.

“Inflation data from Europe and the United States, recent worries over energy supply in Europe and the escalation of the war in Ukraine last Thursday led to fluctuations which made small-scale stabilisation measures necessary,” a spokesperson for Volkswagen said.

Porsche is the fifth most valuable listed company in Germany, after Linde, SAP, Deutsche Telekom and Siemens, and the 25th most valuable stock in Europe, above giants like Glencore.

The shares purchased between Sept 29. and Oct 4. represented around 11% of the total trading volume since the listing, the spokesperson added, consisting of around 34 million shares.

Overall, up to 14.85 million shares worth 1.2 billion euros are available via the greenshoe option in the four weeks after the offering as a stabilisation measure.

Bank of America (BAC.N) acquired the shares for between 81 – 82.50 euros, compared to the original issue price of 82.50, it said in a statement on Wednesday.