– Was GM India’s exit from domestic market a classic board room Knee jerk ?

3 days ago, Ford & M&M formally announced their new JV. All the assets and businesses of Ford India get transferred to the JV barring the Sanand engine plant and Chennai based global services centre. M&M has the controlling 51% stake and remaining with Ford India.

Bill Ford, Chairman Ford Motor Co. said, ‘If ever there was a Win-Win this is it!’

Quite frankly, M&M’s record of JVs has not been that great in the past. The earlier Ford JV and then the one with Renault for the Logan. Is it too early to celebrate ? Is Ford more keen & open this time ?

No Better way for Ford to exit and still be around ?

The Ford teams seem more ecstatic. Is it because there could nt have been a better way to exit and still be around ? Have the trusted teams of M&M run and manage the show for them with little or no direct responsibility for Top-line or bottomline growth. Ford had already pumped US$2 Billion in the India Operations, last 24 years and all they could muster is an under  3% Marketshare.

Though they did show a profit of Rs 526 Crore in 2017-18 powered by excessive cost cutting which many people termed as  “unsustainable”. The office atmosphere at Ford India has not been too upbeat last several months now due to the excessive downsizing and exits. The company had been working on getting lean just for this moment, it seems.

All in all this arrangement surely seems the best way to balance a lot of things :  Consumer Interest, Brand Equity, Share holder value, leverage existing global strengths to fix the domestic bleeding business.

As Mr Mahindra at the press conference mentioned that Scale and the Skill are at the Core of this JV. The combined sourcing scale is now three times of Ford and 1.3 times for M&M and of course domestic and global synergies with a combined domestic Market Share of 14%

Any Learning from GM India here ?

GM’s India Exit was as sudden for the consumers, as it was for its dealers and even the Employees of the Indian Subsidiary. It is said, that the GM India CXOs were busy finalising Launch venues for the New Chevy Beat, sharing the initial itinerary with the dealers when they got the news from Detroit. The Dealers initially didn’t even get a decent severance package.

F A D A went all the way to Supreme Court and even the PMO to get them justice.

Kudos to F A D A to help and extend support to all GM Dealers, even the ones who took membership at the nth hour and weren’t connected to them every before!

It’s anyone’s guess what sort of experience the GM dealers would have given to the existing GM Customers in After Sales. Most have now taken dealerships of either Kia or MG.

There could have been an intense Board Meeting at Detroit. Sparks flying everywhere over the bleeding business at India for last two decades. The CEO might have been cornered by a few board room heavy weights. Resolution would have been passed in the heat of the moment by tagging it with other exits from other markets in Europe and Africa.

India is an emerging country. Fourth Largest Auto Market in the world. The Slowdown being a temp glitch. Automotive contributes 49% of the Manufacturing GDP. There were companies like Kia , MG , Groupe PSA setting up shop as GM exited.

What could have GM Done ?

Coming full circle is the easiest option, the way Ford did. Get back into a JV. The Comfort Zone. If there are no takers for a JV, downsize one’s network to a bouquet operation like Isuzu or any luxury car maker and sell very exclusive or a particular segment only, say just High End SUVs or performance cars.

“In short, let the brand and the memories stay alive. Let the bridges remain intact for Future”

Ford has surely played a stellar shot. They have tried to balance all stakeholders. Now most important is how well they execute this JV. They have taken learnings from the Tata – Fiat JV which worked out well on the manufacturing front but failed miserably on the distribution / retail side.

Its the re-union of two separated partners, The stakes are even higher this time, more so for Ford. We wish them well! 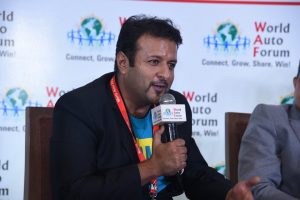