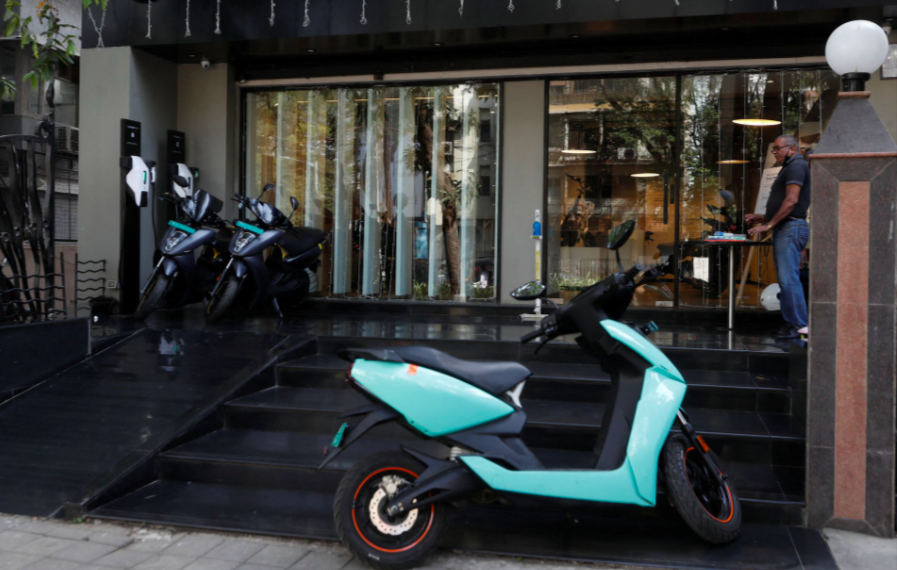 NEW DELHI, Jan 28 (Reuters) – Ather Energy, India’s top electric scooter maker by revenue, is raising funds to ramp up annual production to one million scooters over the next three years amid a surge in demand, the startup’s co-founder and chief executive told Reuters.

Ather, which counts Tiger Global and Indian bikemaker Hero MotoCorp (HROM.NS) as investors, has raised about 12 billion rupees ($160 million) since its inception in 2013 and is in the process of raising more, Tarun Mehta said in an interview.

“Our plan was to not raise more capital and focus on growing the brand, but the rate of transition to electric and the pace at which the supply chain and capacities need to ramp is way faster than what we thought a year back,” Mehta said.

He declined to comment on the amount the company plans to raise. A source with knowledge of the plans said Ather was looking for about $133 million. Of this, it has already raised $56 million from Hero.