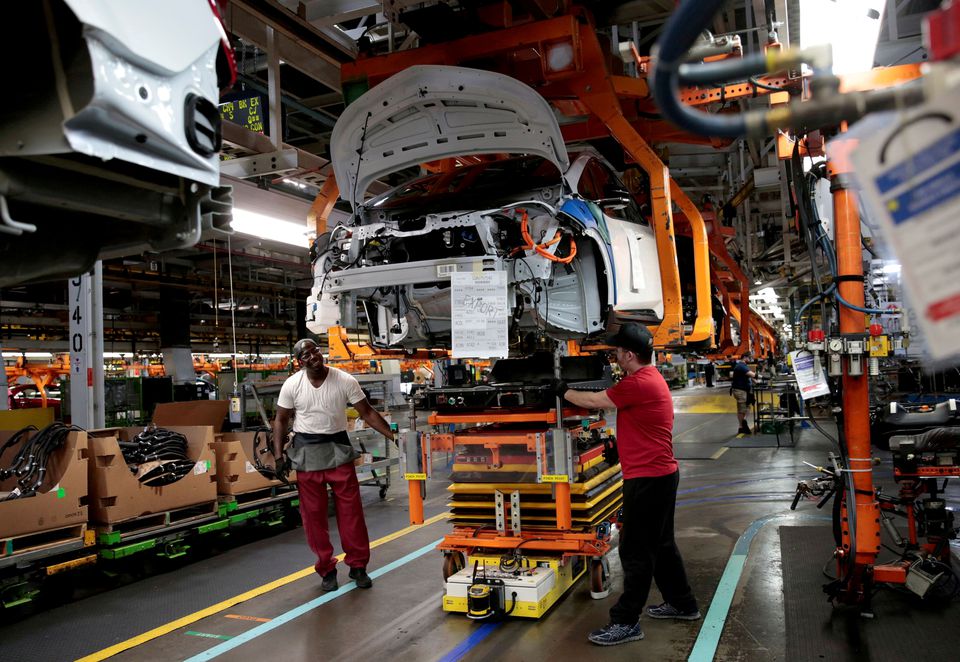 SEOUL, Nov 12 (Reuters) – General Motors Co (GM.N) will launch 10 electric vehicles (EVs) in South Korea by 2025, but has no plans yet to manufacture EVs in the country, Steven Kiefer, the head of GM’s international operations said on Friday.

The No.1 U.S. automaker, which warned last year that persistent industrial action was preventing further investment in South Korea, builds EVs in the United States and China. It also has plans to build them in Mexico and Canada.

Kiefer’s visit after a Korean labour union delegation went to Detroit in June had led to speculation in local media that he could announce new EV production plans.

“We are not announcing any plans yet to produce electric vehicles in the country, so stay tuned for that,” Kiefer told a media briefing.

GM’s South Korea unit builds about 600,000 vehicles a year, shipping many to the United States including the popular Chevrolet Trailblazer SUV, and employs about 12,000 people. It reported an operating loss of 309 billion won ($262 million) last year.

When asked about the impact of the chip shortage at GM’s Korea plants, GM Korea Chief Executive Kaher Kazem said production volume in the country this year was down about 25% versus last year, but the chip shortage seemed to be easing.

“Clearly more (battery) capacity is going to be required, so stay tuned for some additional announcements,” he said.

GM and LG Energy Solution are building two battery cell manufacturing plants with a combined annual production capacity of about 70 gigawatt hours in the United States, which could power about 1 million EVs.

In October, GM said LG units had agreed to reimburse it for $2 billion in estimated costs and expenses associated with a recall of Bolt EVs.