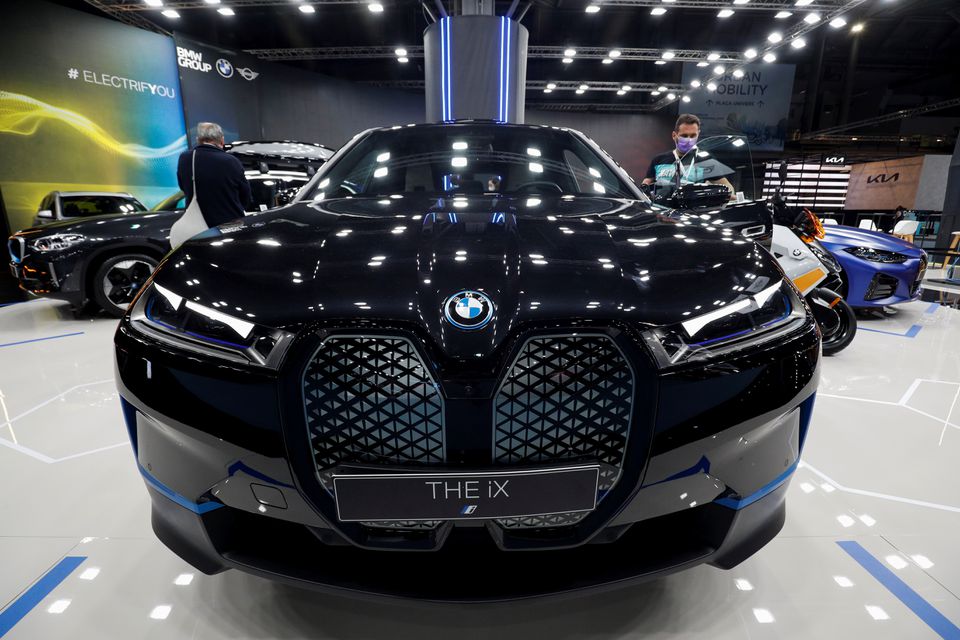 BERLIN, Sept 30 (Reuters) – BMW AG (BMWG.DE) lifted its annual profit margin forecast to between 9.5% and 10.5% from 7% to 9%, the company said in an ad hoc statement on Thursday, as higher prices for new and used vehicles outweigh the effect of supply-chain issues.

The carmaker also boosted its forecast for return on equity in its financial services segment to 20%-23% from 17%-20% and said it expects free cash flow in its automobile segment of approximately 6.5 billion euros.

“Whilst the semiconductor supply restrictions are expected to further impact production and deliveries to customers in the coming months, BMW AG expects that the continuing positive pricing effects for both new and pre-owned vehicles will overcompensate these negative sales volume effects in the current financial year,” the company said.

BMW’s Frankfurt-listed shares were up 2% on the news.

Though chip shortages have plagued the auto industry for months, prompting companies from Renault (RENA.PA) to Toyota (7203.T) to warn of longer-term hits to output, higher prices have allowed some to offset their losses, companies have said.

Daimler AG (DAIGn.DE) in August attributed higher than expected earnings in its Mercedes-Benz division to pricing effects. BMW had also raised its profit forecast in August after strong quarterly results, but warned at the time that chip shortages could plague the second half of the year. read more

Still, BMW’s strong relations with its suppliers have meant it was less affected by the shortages than other carmakers, many of whom were forced to bring production to a halt indefinitely at some of their plants. read more

The company is due to report results on Nov. 3.