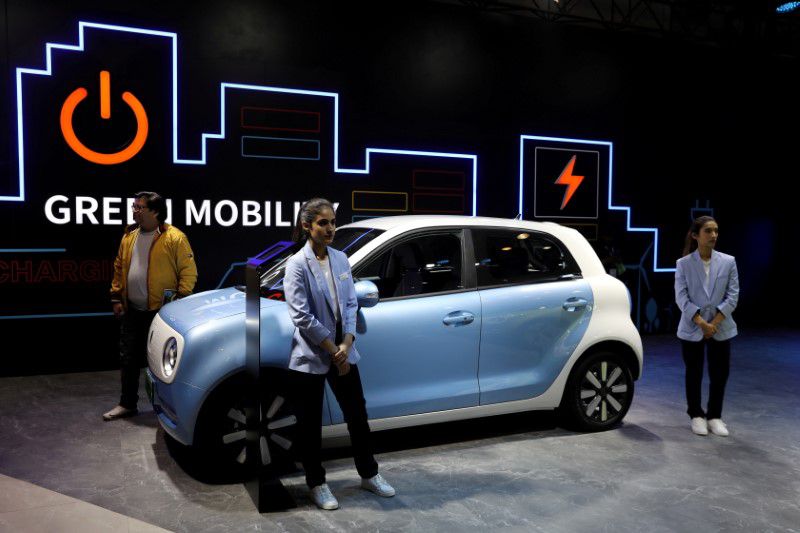 Great Wall Motor (601633.SS) has decided to re-allocate to Brazil a portion of its $1-billion investment in India, as the Chinese automaker has been unnerved by a year-long delay in winning government approvals, three sources told Reuters.

The re-allocation, which could range up to $300 million, comes as the sources said the maker of popular sport-utility vehicles (SUVs) and pick-ups was close to acquiring a former Daimler (DAIGn.DE) plant in Brazil to build cars.

Great Wall has also tasked James Yang, its India president since last year, with the responsibility of assisting with operations in the Latin American nation, said the sources, who have direct knowledge of the matter.

“Brazil is almost a done deal and it did not make sense to keep the funds blocked for India,” said one of the sources, explaining the rationale for the change of focus.

Great Wall’s move is a fallout of India’s decision in April 2020 to more closely scrutinise investments from China, the sources said, as part of a crackdown that followed a border clash between the two Asian giants.

Just two months before, amid the fanfare of India’s biennial car show, Great Wall had said it would invest $1 billion to build cars there, by buying a former General Motors (GM) (GM.N) factory, as well as making batteries and car parts.

Two of the sources said the re-allocated funds, budgeted by Great Wall for India since 2020, would mainly have been used to buy GM’s factory, a cost that sources had earlier put at about $300 million.

Great Wall declined to comment. The Indian government did not immediately reply to an email seeking comment.

The step highlights growing nervousness and impatience among Chinese investors, who have seen roughly 150 investment proposals worth more than $2 billion held up by India’s slow approvals process, according to industry estimates.

The delays are forcing Great Wall, which was expected to begin selling its India-made Haval brand of SUVs in the country this year, to look at taking a more measured approach.

It may even consider entering the market with a fully-built imported vehicle before starting domestic production, one of the sources said.

“When approvals in India come through, Great Wall will be ready with the money, but it may not be a straight decision anymore,” said the source.

“The company will judge the situation before moving forward. What if future approvals get stuck?”

Earlier this year, India had been set to clear about 45 of the investment proposals from China, mainly in manufacturing, but it was not immediately clear how many had been approved. read more

Indian officials say the situation cannot return to business as usual until de-escalation at the border is complete, however. read more

The Chinese automaker will also wait for ties between the two nations to improve and for the COVID-19 pandemic to ease in India before speeding up its plans for the market, said a second source.

Great Wall still wants to make cars in India and is now building its supply chain, the source added.

The firm saw India as a key market when it kicked off its global expansion, envisioning its plant in the subcontinent to be its biggest outside China.

Great Wall now makes cars in Russia and Thailand, where it acquired a plant at the time it announced its India plans.

Brazil is the latest market in its global push, where it plans to build its Haval brand of SUVs for domestic sale and export, the sources said.

It is developing electric Mini cars with BMW (BMWG.DE) and is building a factory with the German premium carmaker in China.

Reporting by Aditi Shah in New Delhi and Yilei Sun in Beijing; Editing by Clarence Fernandez