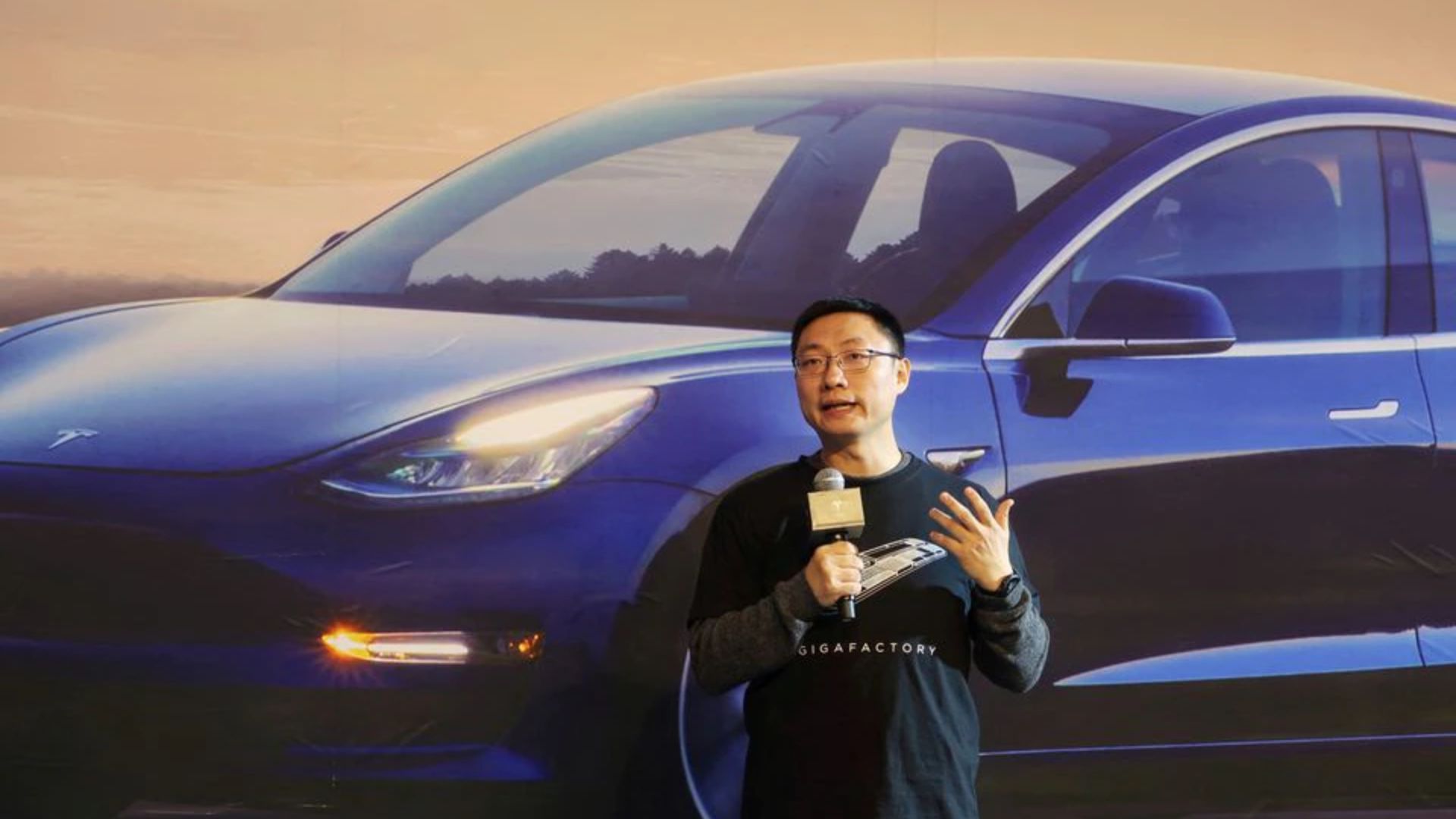 Jan 3 (Reuters) – Tesla Inc’s (TSLA.O) China chief Tom Zhu has been promoted to take direct oversight of the electric carmaker’s U.S. assembly plants as well as sales operations in North America and Europe, according to an internal posting of reporting lines reviewed by Reuters.

The Tesla posting showed that Zhu’s title of vice president for Greater China had not changed and that he also retained his responsibilities as Tesla’s most senior executive for sales in the rest of Asia as of Tuesday.

The move makes Zhu the highest-profile executive at Tesla after Chief Executive Elon Musk, with direct oversight for deliveries in all of its major markets and operations of its key production hubs.

The reporting lines for Zhu would keep Tesla’s vehicle design and development – both areas where Musk has been heavily involved – separate while creating an apparent deputy to Musk on the more near-term challenges of managing global sales and output.

Tesla did not immediately respond to a Reuters request for comment.

Reuters reviewed the organizational chart that had been posted internally by Tesla and confirmed the change with two people who had seen it. They asked not to be named because they were not authorized to discuss the matter.

Zhu and a team of his reports were brought in by Tesla late last year to troubleshoot production issues in the United States, driving an expectation among his colleagues then that he was being groomed for a bigger role.

Zhu’s appointment to a global role comes at a time when Musk has been distracted by his acquisition of Twitter and Tesla analysts and investors have urged action that would deepen the senior executive bench and allow him to focus on Tesla.

Tesla said on Monday that it had delivered 405,278 vehicles in the fourth quarter, short of Wall Street estimates, according to data compiled by Refinitiv.

The company had delivered 308,600 vehicles in the same period a year earlier.

The Tesla managers reporting to Zhu include: Jason Shawhan, director of manufacturing at the Gigafactory in Texas; Hrushikesh Sagar, senior director of manufacturing at Tesla’s Fremont factory; Joe Ward, vice president in charge of Europe, the Middle East and Africa; and Troy Jones, vice president of North America sales and service, according to the Tesla notice on reporting lines reviewed by Reuters.

Zhu does not have a direct report at Tesla’s still-ramping Berlin plant, but a person with knowledge of the matter said responsibility for that operation would come with the reporting line for Amsterdam-based Ward. Ward could not be immediately reached for comment.

Zhu, who was born in China but now holds a New Zealand passport, joined Tesla in 2014. Before that he was a project manager at a company established by his MBA classmates at Duke University, advising Chinese contractors working on infrastructure projects in Africa.

During Shanghai’s two-month COVID lockdown, Zhu was among the first batch of employees sleeping in the factory as they sought to keep it running, people who work with him have said.

Zhu, a no-fuss manager who sports a buzz cut, favors Tesla-branded fleece jackets and has lived in a government-subsidized apartment that is a 10-minute drive from the Shanghai Gigafactory. It was not immediately clear whether he would move after his promotion.

He takes charge of Tesla’s main production hubs at a time when the company is readying the launch of Cybertruck and a revamped version of its Model 3 sedan. Tesla has also said it is developing a cheaper electric vehicle but has not provided details on that plan.

When Tesla posted a picture on Twitter last month to celebrate its Austin, Texas, plant hitting a production milestone for its Model Y, Zhu was among hundreds of workers smiling on the factory floor.

Allan Wang, who was promoted to vice president in charge of sales in China in July, was listed as the legal representative for the operation in registration papers filed with Chinese regulators in a change by the company last month.

Tesla board member James Murdoch said in November the company had recently identified a potential successor to Musk without naming the person. Murdoch did not respond to a request for comment.

Reporting by Zhang Yan in Shanghai and Hyunjoo Jin in Seoul; Writing by Kevin Krolicki; Editing by Stephen Coates