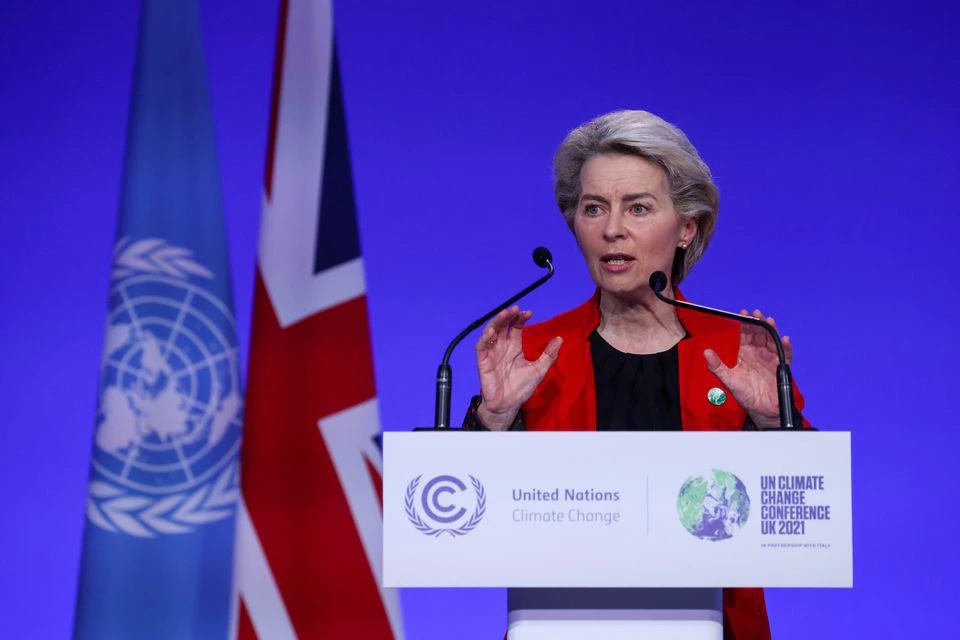 Von der Leyen joined leaders from more than 100 countries in Glasgow for the start of the COP26 conference, which will attempt to finish the rules to implement 2015’s Paris Agreement.

“We need to agree to a robust framework of rules, for example, to make global carbon markets a reality. Put a price on carbon, nature cannot pay that price anymore,” she said.

Talks on designing a market to trade carbon emissions reductions under the Paris accord derailed the last U.N. climate summit in 2019, with countries squabbling over how the system would count towards their national climate targets.

The 27-country EU has pledged to cut its emissions at least 55% by 2030 from 1990 levels, and von der Leyen urged other countries to commit to deeper emissions cuts this decade.

The EU is negotiating new green policies, putting it ahead of many countries who have set far-off climate targets but not yet drawn up the legislation needed to deliver them.

Its proposals include phasing out sales of new combustion engine cars by 2035, and launching a second EU carbon market for the buildings and transport sector.

They have stoked tensions between wealthier western EU countries who favour ambitious climate action and poorer eastern states fearful of the social and economic fallout.

“This is not a deal but an ideology,” he said, adding that they would hurt citizens by making fossil fuels more expensive.
Reporting by Kate Abnett and Robin Emmott in Brussels, Mark John in Glasgow; Editing by Alexander Smith
Source : Reuters